Malcolm Delaney: Top U.S. players in Europe don’t care what they think of us in the States

For every American player that gets selected in the NBA Draft, there’s another who goes through the whole night without hearing his name being called. Some of them choose the long road of embarking on a career in Europe, even by signing with relatively small clubs in minor leagues or lower domestic divisions.

Even those who initially get signed by an NBA team can find themselves on the other side of the Atlantic at a point in their career for reasons that vary with each case. What, at first, may appear like a type of exile to some, can evolve into a blessing in disguise.

European basketball history is marked with American players who have reached true greatness with their overseas accomplishments. Ballers who have become a synonym for success and have even achieved legendary status with some of the most historic clubs in the continent. Yet these triumphs can be overlooked, disregarded, if not completely ignored in their own home country.

Malcolm Delaney doesn’t give a damn. And he believes that some of his U.S. colleagues who scattered in different teams all over Europe carry more or less the same feeling.

“As far as what people think, for me, I don’t care,” Delaney told Eurohoops. “I know what I’ve done in my career. I think the top players from the States who play in EuroLeague don’t care. I think we all share the same attitude. It’s not about proving people in the States wrong or anything. There are players who come over here who make more money than NBA players, who live better lifestyles. And they win. You can’t compare that to someone who goes and doesn’t play in the NBA, finish their careers broke. Just because they try to prove a stereotype about NBA players.”

There were two career paths laid in front of Delaney when he completed the circle of his first stint in Europe back in 2016.

Delaney was fresh off the top season of his career back then, an MVP-caliber run that included All-EuroLeague First Team honors and leading Russian club Lokomotiv Kuban to its maiden Final Four appearance. The American guard could stay in Europe by accepting a lucrative offer from a EuroLeague powerhouse. If he did that, he would join a contender and become one of the highest-paid players in the continent.

Given Delaney’s streak of winning all sorts of team titles and individual accolades nearly everywhere he played in Europe, one could safely predict that his trophy case may have become even larger. That he could possibly build a legacy in Europe. Make some history.

The potential appeal wasn’t enough to turn Delaney’s attention from fulfilling the grand ambition at hand. It was something else that the undrafted in 2011 Delaney craved back then and that was realizing a lifelong dream of playing in the NBA. Eventually, the former “Hokie” signed a contract with the Atlanta Hawks to finally compete in the league and play within a 90-minute flight from his native Baltimore after spending his first five years as a professional an ocean away from his family and friends.

“It was something that I always wanted to do,” Delaney said to Eurohoops.

Every time Delaney was available in the market, high-aspiring EuroLeague clubs were setting their sights on him. Fenerbahce Beko, Anadolu Efes and Khimki Moscow were just some of the teams that wanted to acquire Delaney. But perhaps none wooed him as intensely as Barcelona did. The bond between the two was consummated last September when the Blaugrana brought the now 30-year-old player back in EuroLeague to help the team retrace its steps back to success. 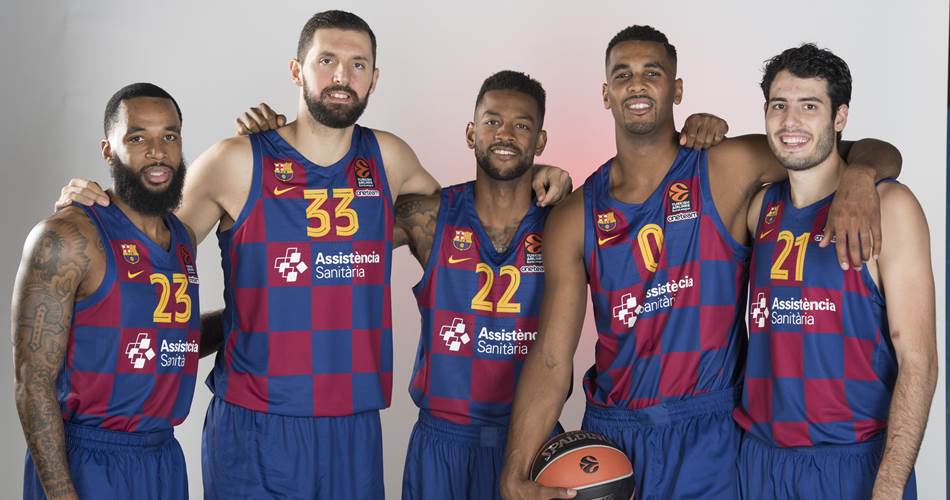 There hasn’t been a championship title in the Spanish ACB League for Barcelona since 2014. The EuroLeague Final Four has eluded them the last five seasons following five appearances in six tournaments.

“Of course, we all know the big goal,” Delaney said to Eurohoops. “But it’s not like the club is in the locker room every day saying “OK, we need to win the championship.”

What Delaney and his teammates on a star-laden Barcelona squad are getting reminded of on a very frequent basis, is that the logo they spot on their jerseys is enough to bring out their opponents’ A game exclusively.

During one of his team’s trickiest ventures on the road, Delaney joined Eurohoops for a conversation that included discussions about what it’s like playing for such an illustrious organization as Barcelona, the more “fun” EuroLeague he found in his return to the competition, his relationship with social media, and many things NBA in connection with Europe.

– You returned to EuroLeague after a three-year absence. You find a different competition format. You find fewer teams but more games. You find double-game weeks. A heavier schedule overall. Many former NBA players. How much more challenging is this competition?

– It’s a lot more talent. Teams got a lot better overall. Every team got better. A lot more players wanted to come back and play in EuroLeague because of the competition. And it’s a lot more fun. Before, you could through to go to the Final Four and not play against certain teams. Now you have to play everybody, you get to travel to every city. I think that it’s a lot better than what it was the last time I played.

– You signed with Barcelona and this is the first time in your career that you are on a team that has such an intense big-time rivalry with another team, Real Madrid. It’s a rivalry that involves two clubs with millions and millions of clubs not only in Spain but around the globe. How do you experience this as a player of Barcelona?

– It’s big. It’s a big-time rivalry. For me personally, I’m not big on rivalries. Honestly, I don’t care. I just try to do my job. Once you play in the rivalry is big. But after my career is over, I’m not involved in the rivalry. I enjoy it. The fans are passionate on both ends. I love the fans on Barcelona. They’ve been welcoming me since I’ve been here. Just talking to them a lot on social media. They are very passionate about the rivalry. So for me, I’m kind to try and take pride in it. Making sure they stay happy as well as long as we play well. Because it goes hand to hand. We need the fans to win big games and the fans look forward to us. Whether it is making their day better or for a season. Trying to get a trophy for them. For them, it’s something that lasts a lifetime. It’s fun. Just experiencing it the couple of times we played this season. As I said, the game is a lot of fun.

– You talked about trophies. And that’s the main goal of Barcelona. When you made the Final Four in 2016 with Lokomotiv Kuban it was an overachieving accomplishment. No one saw you coming. You were the underdogs in the playoffs against Barcelona. Barcelona begins every season with the goal of making the Final Four. They haven’t been in Final Four since 2014 and haven’t won the championship in Spain since 2014.

Do you feel an amount of pressure that perhaps you’ve never felt in your career so far?

– Not really. Of course, we all know the big goal. But it’s not like the club is in the locker room every day saying “OK, we need to win the championship”. We don’t get reminded about this. We are just trying to be better. We know we have the team that is capable of doing it. And it’s really up to us. It really doesn’t depend on anybody else. We feel as though if we play the right way and we play well at the right moment, we could for sure take home the trophy. But also… if we don’t, we could lose.

Loko… I think that if you go back and look at the players we had on the team. When the coach [Giorgos Bartzokas] came and took the job he built the team like expecting the championship. Nobody really respected us but if you look at the players on the team it was one of the best rosters in the last couple of years in EuroLeague. And the style of play we had played a major factor in it. We strived. And we thrived off from being underdogs. Because we knew that most of the time we were better than a lot of the teams but we had no pressure. 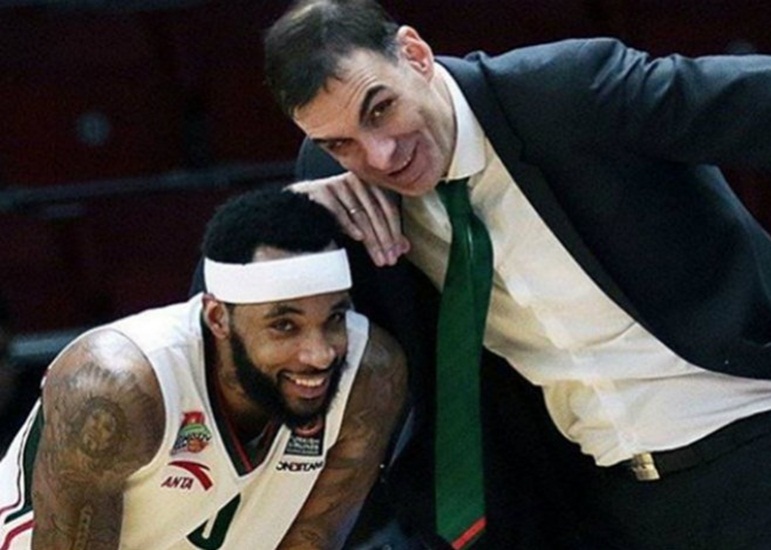 – You are perhaps the most active EuroLeague player on Twitter. What’s the nastiest thing that you ever saw on Twitter written about you. Perhaps directed to you.

– There’ve been racist comments and stuff like that. But to be honest, I really don’t care. I know how fans are. And for me, I don’t take Twitter personally. It’s a lot of people who never get a chance to talk to athletes. They can say whatever they want. They know they wouldn’t say it to my face. For me, most of the time it’s funny. But when people are sending death threats or something like that… even though maybe for them it’s a joke, I’ll just block them. I don’t really care for stuff like that. But I don’t take it seriously. I use it to interact with the fans. To keep people updated in the States or wherever my fans are. What I’m doing. And that’s it. I don’t leave Twitter and go home and cry because somebody sent a death threat or said something personal. For me, it’s not that big. I use it for what it is and that’s it.

– You said in an interview that you “hated” basketball during your second season with the Atlanta Hawks. The NBA remained a priority for you even after this not so pleasant experience. Your stint with Barcelona has been brief so far. Is it enough to make you change your priorities? Perhaps put EuroLeague, Barcelona ahead of an NBA return?

– I don’t really mark anything ahead. The NBA is the best league in the world. My comments about my personal experience weren’t about the NBA. I didn’t hate the NBA. I hated my situation in my second year. The first year I thought I played OK. And going into the second year I was given certain instructions about what was expected of me. I worked my heart out, I was in my best shape. And in my second year, I didn’t get the opportunity that I thought I would get. We were pretty much tanking. They wanted to play young players. It just wasn’t my thing. I started playing well and I had an ankle injury. I actually wanted to be traded but I didn’t’ get traded. My second year was kind of rough. Mainly because we didn’t win. In my first year, we had a good team. In my second year, we just lost a lot. And for me, coming from Europe or wherever I’ve been, I’ve always cared about winning.