Kevin Punter on Final Four: “You have to win everything”

Kevin Punter was not even born the last time AX Armani Exchange Olimpia Milano appeared in the Final Four. He talked to Eurohoops about the Italian powerhouse qualifying for the 2021 Turkish Airlines EuroLeague Final Four, facing FC Barcelona in the semifinals this Friday at Cologne’s Lanxess Arena, and much more.

Punter, 27, signed with Olimpia Milano nearly one year ago. He has since been crowned Italian Cup and Supercup winner adding to his constantly growing list of championships. But the biggest challenge is coming right up with the meeting of the top four EuroLeague clubs in Germany.

Check out our conversation with Punter:

On how it feels to be a part of Milano’s first Final Four run in 28 years:

“It feels good. This was one of the goals during the offseason for Milano and myself. It’s a historical club, and getting back to winning ways in the EuroLeague… It feels pretty good.”

On playing under Ettore Messina and Messina’s project to build a culture in Milano:

“It feels good to be a part of it. It always feels better when you are part of a building process or when you are trying to reach certain goals. That’s always a great thing. Coach has done a great job from Day 1. Since I was here, we are trying to build and put things in place to be successful. Obviously, he’s done a great job by getting the best record in Italy, obviously getting to the Final Four and we’ve got the home-court advantage. So we accomplished a lot. Italian Cup, Super Cup… I think many people forget how long it’s been, we’ve been in this season for longer than any other team in Europe. No matter what competition anybody is playing. We have been here for longer than anyone. People tend to forget that. I feel like we deserve a lot more credit.”

Not having fans in Cologne:

“It sucks man. It’s not how it is supposed to be, but obviously, in times like this, it’s just how it is. I wish we were able to have a limited number of fans. With the vaccine, I thought that would help a bit, and we’d have some kind of percentage in the arena but I guess not. It kinda sucks. You got one of the biggest stages in Europe, EuroLeague Final Four and you cannot have fans. I would have never thought of that.”

On his role in the team: 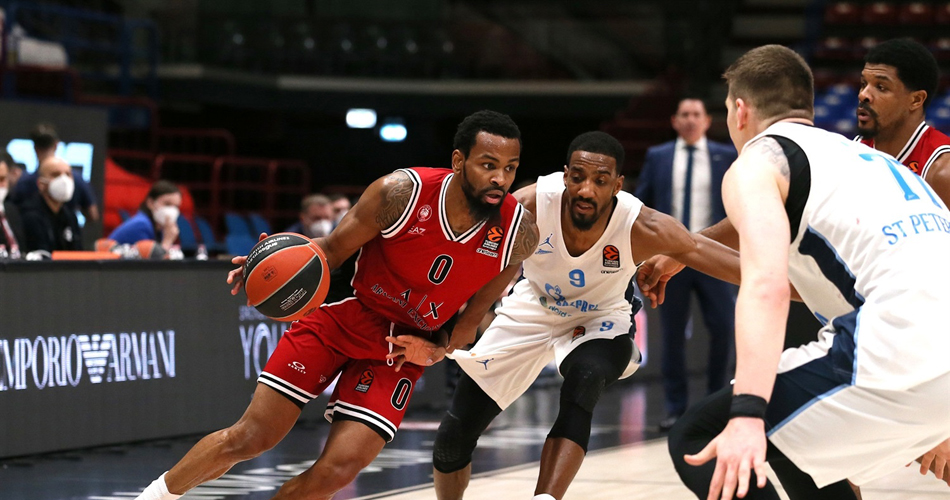 On whether he found his home after Olympiacos and Crvena Zvezda in Milano:

“Possibly. I would hope so at least. I am comfortable here with my teammates and everything. I am definitely comfortable playing in Italy, with the coaches. It’s been really good.”

“I feel like we just gotta focus on us the most. I feel like any time we focus on us and handle what we need to handle whatever the case is that needs to be our main focus. That’s the key for us, for what we’ve been doing all year.”

On whether this season Milano could be considered successful regardless of the Final Four’s outcome:

On Gigi Datome not being willing to sacrifice his beard if Milano wins it all and whether he would sacrifice something in case they win it: