Nigel Williams-Goss: “The history of Real Madrid is to find ways to win”

Nigel Williams-Goss has signed for Real Madrid this summer and is the great white hope for the point guard position. Eurohoops was with him talking about life and analyzing his return to the EuroLeague.

Nigel Williams-Goss (Happy Valley, Oregon, 1994) arrives at the EuroLeague Media Day smiling. It is his 27th birthday and he receives the congratulations of all his teammates on the way to the locker room. He also receives a ‘Happy Birthday’ from Eurohoops when he is already wearing the white jersey. His smile hasn’t yet faded and after the interview, we understand why: he became a father for the first time this summer, he has gotten married (although he hasn’t been able to enjoy his honeymoon) and also he feels that it is everything an honor to wear the Real Madrid jersey, his new club.

Eurohoops: How are Madrid and the club so far?

Nigel Williams-Goss: Oh man, it’s been amazing. The city has been everything that everyone told me it would be. It’s lively, great food, great weather… and the club it’s been just as good. It’s been a great start here, in Madrid.

EH: It has been a busy summer for you, right?

NWG: Yeah, very busy. I had the birth of my first son, I got married this summer and then obviously, with the sign here, all the travel and stuff it was very busy. But very good too.

EH: Did you have time for your honeymoon?

NWG: No, no, no. I got married and then, the next day, I left and came to Spain [laughs]. I owe her a honeymoon, maybe next summer.

EH: Maybe that’s why you were a bit anxious during the preseason. Did you feel more adapted after the first official games?

NWG: Yeah. As a team, I think we were much more comfortable in the Supercup. We only had four or five practices as an entire team before the Supercup. We weren’t able to spend a lot of time together during the first couple of preseason games. Those were like practices for us but obviously, it was big for us to go to the Supercup and win the championship. 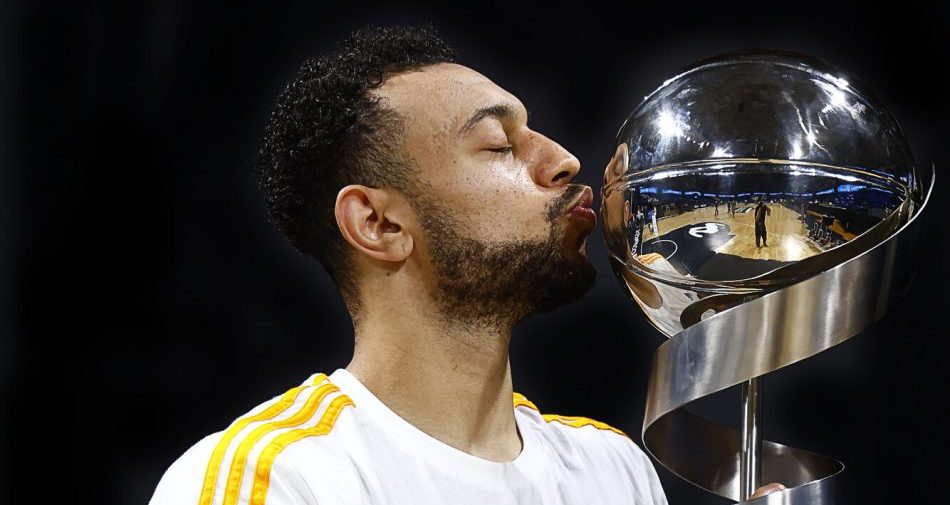 EH: The final was crazy…

NWG: It was wild. I think the history of Real Madrid is to find ways to win. No matter how it looks or what it takes, they just find the way. For my first trophy with the club, it was just kind of true. Being down by 19 in the third quarter, come back to win… it was crazy.

EH: Llull, Sergio Rodríguez, Dončić , Campazzo… It seems that your new coach knows how to make the most of his point guards. Has Laso told you what he expects from you?

NWG: I think that’s why it was a big honor for me to come here. As you said, they have a great tradition with point guards. When I had the opportunity to sign here, it was amazing for me. He hasn’t told me exactly what he expects, but I know he expects a lot especially on the defensive end. With my versatility, I’ll be able to guard point guards, shooting guards, and even some small forwards. He expects a lot from me on the defensive end and on offense, just make the right play which is what I do naturally.

EH: You were talking about your versatility and that you could defend shooting guards. Actually, you might play a lot of minutes at the 2 position. Do you see yourself as a regular shooting guard?

NWG: No, I see myself as a natural point guard. Anyone who sees me plays knows that I’m a natural point guard. But I think over the years I’ve enjoyed playing alongside other point guards and being able to slide to the 2 position. It can open my scoring a little bit more and just provide a different look to the team. I don’t mind playing at the 2 at all, whatever my teammates need to help us win.

EH: What seduced you from Real Madrid to come and play for them?

NWG: I don’t think Real Madrid has to seduce anyone. The resumeé of their history speaks for itself. It’s an amazing organized club, with the most titles in Europe so it didn’t take much when I had the opportunity to come here. For me, it was a great honor. I was super excited about it from day one.

EH: Do you feel there’s more pressure here than in some NBA franchises?

NWG: Anyone that plays at a high level in Europe knows that in general, there’s more pressure in Europe than in the NBA. From coaches’ contracts to players’ contracts, there’s so much turnover every year if teams don’t win or players don’t perform… I definitely think that there’s, in general, more pressure here in Europe than in the States. That’s not to take anything away, it’s just a different style, a different mentality. Obviously, in Europe, we play less games in each competition, which makes naturally games more important. I would say so.

EH: You didn’t get a lot of chances in Utah. Is it a thorn in your side?

NWG: It’s not a thorn in my side. Obviously, any time you put a lot of hard work into something you wanna be able to show that you improved. I wasn’t given an opportunity and that’s the thing about the NBA: you don’t always control your opportunity. Sometimes you have to get a little bit lucky and when the opportunity comes, you just have to be ready. So, for me, I was constantly staying ready. I was ready for any opportunity that I was given, but it was just never given to me. At this point of my career, now being at Real Madrid, I think everything worked out ok.

EH: Did you miss the EuroLeague? You didn’t leave the competition long ago, but it feels like it has grown.

NWG: For sure. Even when I was back in the States with Utah every week I was watching EuroLeague. I was following every score, everything. I had some of my best friends playing in the competition. Zach LeDay is one of my best friends so I was following Zalgiris… I was just watching everyone. The game has definitely grown. Each year, the talent level is rising like crazy, every single season. It’s great for the game, it’s great for Europe and I’m really excited for this season. 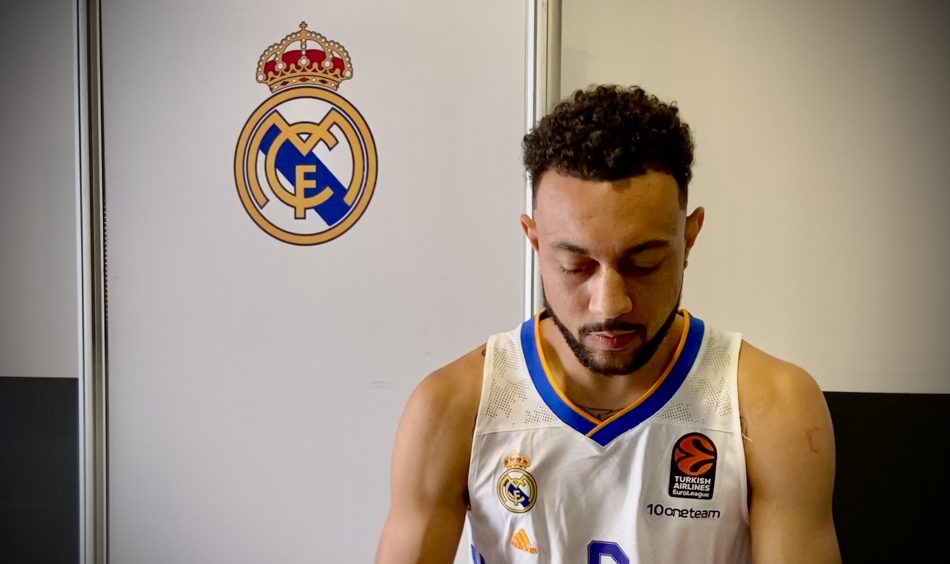 EH: You played in Greece, where people are crazy about basketball. With fans back in the arenas, are you looking forward to playing again in Piraeus?

NWG: Oh, for sure. They have one of the best fan bases in Europe and obviously, I know they are gonna be excited to be back in the arenas. It’s gonna be a great trip for us. Honestly, going to all different arenas around Europe. I think everyone is excited to support their clubs and their teams again.

EH: It will be very different that trip to Greece without Spanoulis around anymore…

NWG: It’s gonna be very different. He is not just a legend for the club, he is a legend for European basketball in general. It’s gonna be different but I think they built a great team and I know they still expect to have a lot of success. Although he will be missed, the club will still put together really well and they have chances to have a great year.

EH: To end the interview, from one legend to another. Were you impressed by Llull’s performance during the Supercup?

NWG: Everyone was impressed. For him to do what he did in that level of the game, especially after having his injury there years before, was just a special moment. That’s the type of thing that makes legends. Legends do things that are crazy for everyone else but normal to them. For him, to perform like that was unbelievable, it was super fun to watch and be a part of it.