Gaby Deck: “I have always been more grateful than usual to Pablo Laso”

Gabriel Deck has returned to Real Madrid, a club he missed, with unfinished business. ‘Tortu’ spoke to Eurohoops ahead of the Final Four in Belgrade.

Gabriel Alejandro Deck joined Real Madrid from his native Argentina almost four years ago. From the beginning, he adapted perfectly to Pablo Laso’s system and eventually became one of the great leaders of Real Madrid. Over a year ago, he received a call from the NBA that he couldn’t refuse, although his time in the United States was short. Now, he is trying to make up for lost time and win the first EuroLeague of his career wearing the white shit again.

‘Tortu’ met Eurohoops before the Final Four in Belgrade but also talked about his childhood or his time in the NBA, showing more extroverted than it may seem at first glance on television.

Eurohoops: How is your return going, your adaption to the club and to living in Madrid again?

Gaby Deck: Pretty good, actually. I’m happy to be here again, in Madrid and in the club. It is a team I already knew, with people I already knew. So I am very happy, I enjoy every day.

EH: You were away from Real Madrid for eight months. Did you have time to miss anything?

G.D.: If I tell you the truth, yes I did [laughs]. After three or four months I missed the day-to-day life a lot, as I was telling you. The teammates, the people from the club who always came and shared things with me. Well, that’s all behind me now. Now I’m here again and enjoying it to the fullest.

EH: A couple of months ago I had the opportunity to visit Argentina. I met some people that really loved soccer but they all knew Facu and ‘Tortu’ because you played in the NBA. I understood that it is very important for an Argentinean to play in the NBA if he has the opportunity.

G.D.: Yes, yes. These are once-in-a-lifetime opportunities. We don’t have many players who have played in that league, so it’s an amazing thing to have such an opportunity. I think that at the time, I had to take advantage of it and live the experience. 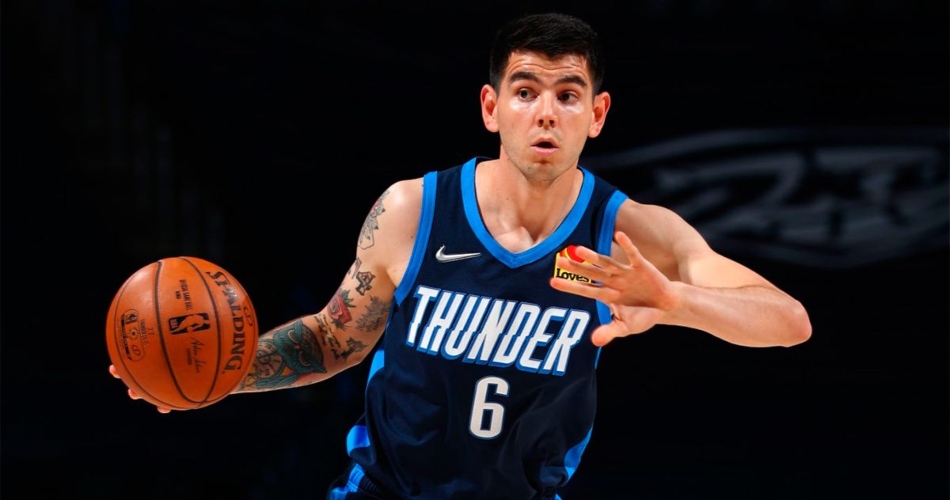 EH: But I was surprised because these guys didn’t admire you so much for playing in the NBA as for the fact that you are a person of humble origins, who has made himself and now tries to help in his native Colonia Dora.

G.D.: Yes, people focus a lot on that, on my story. The truth is that my childhood was very nice, even though it was also a bit hard because we didn’t have many resources and so on. But I think it has taught me to value everything I do and what I have on a daily basis. Also to be able to help people. Today we are running a soup kitchen, which we opened just before the pandemic. Afterward, everything that happened with COVID forced us to take a step back but we always try to help and do something as soon as we can. Being far away is very difficult and I try to find the right people for it. Also, I try to help the children as much as possible because they remind me of when I was a child, when I was living there doing the same things.

EH: When you go home and walk down the street, are you a basketball star, or are you still treated like anyone else?

G.D.: Like anyone else. That makes me very happy, I can walk as one more because I haven’t changed and everybody feels the same way. I am the same guy who left 10 years ago. It speaks well of the people I know and myself. Every time I come back, I enjoy that very much.

EH: Your father turned a tractor wheel into a hoop. Do you think you would be a basketball player now without that?

G.D.: No, not really [laughs]. If my father hadn’t done that with my neighbor or my brother, if he hadn’t also taken me to practice, I don’t know what I would be today. I would probably be studying or doing something else but not playing basketball. So I thank them for having the vision to be able to do something that for me started as a hobby and became my profession.

EH: Let’s go back to the present. I have the feeling that Pablo Laso has been key in your return…

G.D.: Yes, with Pablo I am always more grateful than usual for the fact that he has trusted me since I joined Madrid from Argentina. He has taught me a lot during the time I have been here. To be able to return and be back under his leadership makes me very happy and I’m sure he is too.

EH: After not being able to play in the playoffs, how do you face the Final Four?

G.D.: We all want to play those playoff games. Unfortunately, I wasn’t able because of the COVID but the team was fantastic. Now, I have the best expectations of being able to get to the Final Four and contribute to the team. That’s what you always want for the team, to do well.

EH: Many of us didn’t expect this level in the playoffs. What changed for the team to suddenly play great basketball and win the series 3-0 against Maccabi?

G.D.: The mentality. That has been the key to being able to win the playoffs 3-0 in very difficult games. The mentality of the team, which in the last month or so hadn’t been doing well, had been stumbling. We always try to work well, week by week, to take forward the good basketball and the good personality that this group has. This has been demonstrated in these three games.

G.D.: That changes day by day, the playoff series are like that. Sometimes they go in the best way and sometimes in the worst way. It was fantastic for us to be able to win 3-0 while the other teams had to play more games.

EH: When Barça finished their 5th game, Niko Mirotic said something like they were waiting for you. Do you want revenge in the locker room after the last games?

G.D.: We know what kind of game it is to play against Barcelona, a Clasico. It’s a very nice game to play and there’s always that extra spice in the atmosphere that we all know. We always have to think about ourselves, try to do our things well, do our best and then we’ll see what happens on the court.

EH: You are one of the players in charge of defending Mirotic on many occasions. Does this clash on the court with Mirotic motivate you in particular?

G.D.: Yes, obviously. It’s 100% motivating to be able to defend that kind of very good players, with a lot of talent and who pull their team forward. It motivates and concentrates you, so let’s hope to be that way and do well when it’s our turn. 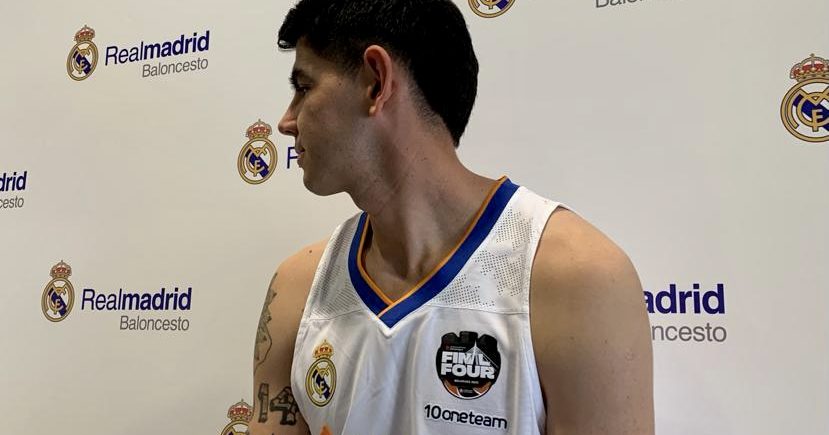 EH: What needs to be done better so that Madrid can return to dominating the Clasicos?

G.D.: As I was saying, to look at our own things. Look at what we have done wrong in the previous games, and try to correct it because we are always working on that Then, on the court, give the maximum and be at 100% during the 40 minutes. Whoever makes the fewest mistakes, always, ends up winning the game. It’s the same in every single game.

EH: I know you’re not going to reveal the tactics but you have an ace up your sleeve for this game…

G.D.: Probably [laughs]. The staff will be working on it.

EH: You don’t arrive at Belgrade as favorites. Can that help you?

G.D.: We are Real Madrid. We are a team that tries to win and fights for every title. The fact of arriving like that I think it’s for the people. We arrive with the best expectations trying to give our best and win, which is what we all want.

EH: Real Madrid won its last EuroLeague trophy in Belgrade a few months before you arrived. What did they tell you about that championship?

G.D.: Everything I’ve heard is fantastic, actually. It’s a unique thing. Hopefully, we can do it again and I can experience being in the team.