Andres Nocioni on the new generation of Argentina basketball

‘El Chapu’ chatted with Eurohoops the day he presented his biography in Madrid.

Andrés Nocioni’s successful and passionate career turned into a biography that was presented this Thursday in a special event at the WiZink Center. “El Chapu” spoke to Eurohoops at the big event and opened up about life after retirement from basketball courts and the new generation of basketball players from Argentina.

– Tell us what you do now. Besides going fishing, of course.

I have my business in Argentina and I have to take care of that, day to day. I’m also giving talks in companies about motivation, leadership, teamwork … With that, I travel a lot and I’m busy. At some point, it will occur to me also to come to Spain to work on it because it is something that I am enjoying. It gives me freedom.

– So, I guess you still watch basketball … but you do not miss playing.

No, the truth is that I have no problems missing or wanting to play basketball I do not have the need to play, although I do enjoy watching it. It is important to keep being in contact with a sport that gave me so much in my life.

– I recently thought, if you had continued playing for one more season, maybe you would have gone out with a domestic league title and a Euroleague one.”

Well, we will never know that. I do not think about that, it’s not something I spin around in my head. I had to make this decision and I’m very happy with it. 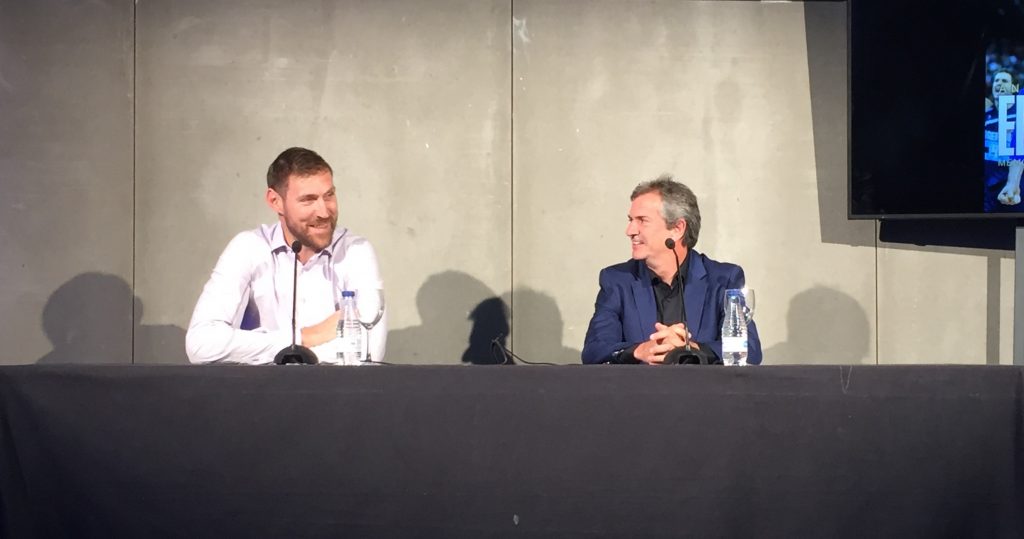 – How are you seeing the Argentinean talent in Spain: Vildoza, Laprovittola, Campazzo…

The truth is that well, I see them at a good level. I see that there are many Argentineans in the ACB, that is very important. Hopefully, we can give many Argentinean players, both to the ACB and Europe. That’s why the Golden Generation happened. Competing at the highest possible level is the most important thing, so happy for all the guys and hopefully, they can continue competing in the best teams.

-How do you feel about the weight that the new generation holds in comparison to the Golden Generation of Argentinean basketball?

The first thing is that they have to be themselves. The comparisons are totally absurd. When I read the comparisons between Messi and Ronaldo, between Maradona and Messi, Ginobili with other players … They are absurd comparisons, there is no way to put it in any point of view. Comparing this new generation with the Golden Generation does not make any sense. I believe that we have made our career being ourselves and the next ones must be themselves. They must find their place in the Argentine National Team anywhere that they might compete.