Edy Tavares: Playing for Real Madrid is like being in the NBA

Edy Tavares hadn’t even touched a basketball until he was 17. Now, a decade later, he is one of the Real Madrid leaders. Eurohoops had the opportunity to talk with him before the start of a new EuroLeague season.

His only presence on the floor intimidates all rivals. And when you look at him from head to toe, you understand why. From its 7 feet and 3 inches (221 centimeters), Walter Tavares is a terror in the paint and last season he was awarded as the best defender of the old continent. However, a few minutes with him are enough to know that he is a kind, smiling, and even a somewhat shy person.

Edy, as he prefers to be called, talked to Eurohoops before starting a new EuroLeague season, his third wearing Real Madrid colors. It’s something unusual, especially if you realize that just ten years ago he hadn’t any contact with a basketball.

Explain to me how they discovered you. You were living in Cape Verde, and one day, at the age of 17, they offer you the opportunity to play basketball. How was that?

Edy Tavares. Everything was thanks to a German man. He had a small bar in front of my grandmother’s house, and he was always asking for something, water or whatever. One day he asked me if I wanted to play basketball. That’s how everything started. He asked me to take a picture with a person of average height. I took a picture with my sister-in-law, who barely reached my waist. He took it to Las Palmas and told a friend: “I know a guy in Cape Verde who is taller than everyone in the Gran Canaria youth squad.” He managed to make those people who worked in the academy going on vacation to Cape Verde. They tested me for three or four days, and when they left, they sent someone to search for me.

And if no one had discovered you, what would you be doing now?

ET. Well, I do not know. I think it would be the same. I would be with my mother in the store she had. It was a tiny shop where I was almost every day. I could enter the store, but the counter reached my waist [laughs]. I had to leave school to help my mother because she had to work hard. I started helping her every day because the poor woman couldn’t rest.

Five years after your first contact with basketball, you are chosen in the NBA draft. What was harder, the work you did during those five years or finding shoes of your size for the draft night?

ET. That’s a difficult question… but I think to find the shoes for the draft day [laughs]. I had to wear some Shaquille O’Neal shoes, which he ordered and never went to pick them up. I had asked for others, but they didn’t have my size. It was a store famous for making shoes for NBA players, and since they didn’t have my size, I used O’Neal’s. It was a size 22, two more than mine, so it was hard for me to climb the stairs to greet the deputy commissioner. 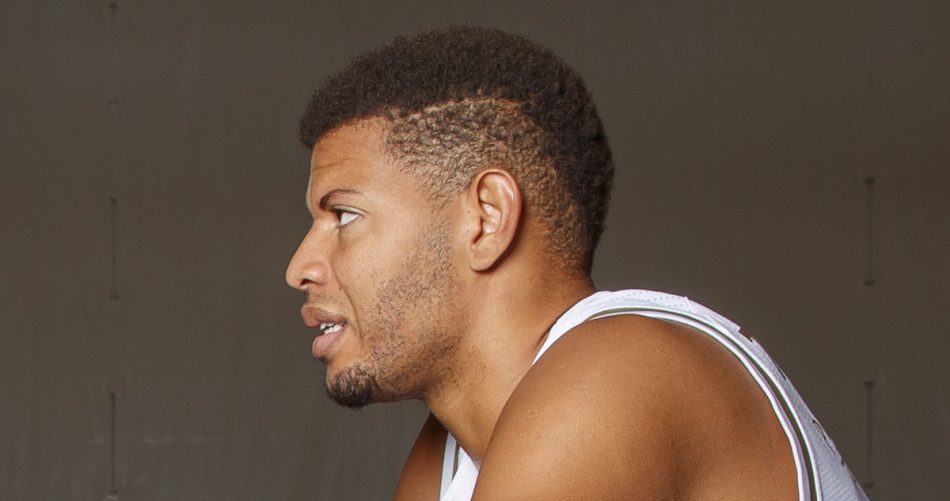 What lessons did you take from your stage in the United States and Canada?

ET. Most of it was mental. I learned how to be strong mentally and keep fighting, how to continue improving and training more than usual to get where I wanted to be. I know it’s a challenging competition because you don’t have everyone’s support. Here is different; everybody tries to help you and pushes you to improve. There, if you don’t do it on your own, nobody is going to help you. The mental issue was critical because it is very hard.

So when you received the call from Real Madrid, was it challenging to decide to return to Europe?

ET. Well, Cleveland already had a plan that included me. But then the Kyrie Irving trade history happened. A new center came, and they told me that although they wanted me on the team, I had to go because it was part of the business. They already had someone else in my position, and as my contract wasn’t guaranteed, I had to leave. I didn’t want to return to the D-League. It is a fierce competition. Life outside of basketball is a bit complicated. You have to take very long trips, at 5 am… It is challenging to play there.

Your start in Madrid wasn’t easy: The team was suffering many injuries, it took you a couple of months to adapt to the team… But at the end of the season, you were European champions.

ET. The idea that I had was to come here and give my best. Everyone was saying said that I wasn’t going to fit in the team, that Pablo Laso was a coach who can’t use big guys… Well, I had the opportunity to change that story. I did it very well, they helped me up and tried to change some things in defense so I could feel more comfortable. The adaptation was quick because there is a great coaching staff that helped me a lot.

Once you won the EuroLeague title, was becoming the Best Defender another personal goal?

ET. I have always loved to defend and help my teammates. I usually say that my calling card is defense, and that is what I have to worry about first and most. Offense comes later. Winning the EuroLeague Best Defender award is like winning the MVP for me. I will try to fight for it every year. It’s something that motivates me, that pushes me to be better every day in defense to help my team.

For many years, the small players have dominated the EuroLeague offensively. However, last season the centers took a step forward. Do you think you can also become more important in the offense than in defense?

ET. Of course. It all depends on confidence,  on if I get the shots and above all it depends on me: to do things right, be well-positioned, know what to do when I get the ball… If you receive the ball twice, you must know what to do. I think so; I can take a step forward in the offense. I have conditions to do so, and I feel prepared.

You have just signed a contract extension until 2024, something that is not common in European basketball. Is Edy Tavares the cornerstone of the future Real Madrid?

ET. I don’t know, but It’s good that I will stay with a team like Real Madrid. It’s a team in which there’s a lot of pressure, in which you have to get better every day and be at the best possible level. Madrid has given me stability for the next five years. When I was in the NBA I moved all over the USA, now I have five years to concentrate, work with consistency and have a good career.

While Real Madrid has decided to keep most of their players, Barcelona made a lot of important signings. How do you see from here the great squad your biggest rival has built?

ET. A club like Barcelona must be on top. They want to fight for all the titles, and they had been making lots of changes for a while because they want to be there. In basketball, when a generation ends, it is difficult to recover the victory path again. There are always many ups and downs. But I think they made good signings and if they have good chemistry, they will be a great team.

What does this club have to make players like you, Sergio Llull or Facu Campazzo not to be distracted by the NBA siren calls?

ET. What this club has is that it is similar to the NBA, you have the same conveniences. Also, here you need to play your best basketball. If you don’t play well, you will lose the game because all teams have extra motivation against us. I think Madrid if it’s not the NBA, it’s almost identical. The conditions we have here… We have incredible facilities and the attention that the club gives you are practically identical to those of the NBA. Playing here is like being in the NBA; there is not much difference. 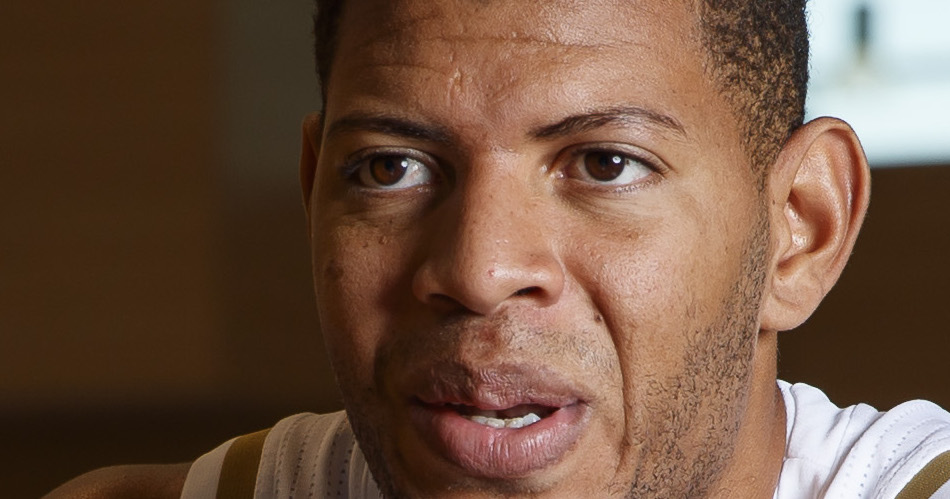 Let’s go with a few short questions to end. If they put the defensive three-second rule in Europe…

ET. What would happen is that I would end with more blocks. In the NBA, in the Summer League and the D-League, I made more blocks for that reason. It gave me more time to jump because I was coming from the other end [of the paint]. I could jump higher. At first, it was hard for me to get in and out, in and out. But when I got used to it, I realized it was better. The rival player thinks that you will not arrive on time but you will. I think it would be more comfortable.

What do you prefer, a good dunk or a good block?

Will your blocks ever appear correctly in the statistic sheet?

ET. I don’t think so. At least, every day [laugh]. If they have to count the blocks correctly, I make in 60 games; it will be impossible.