Vladislav Odinokov talks about his NBA dream, his strengths and areas of improvement and his ambition to put Russian basketball back in the NBA map.

Khimki Moscow forward Vladislav Odinokov has declared for the 2021 NBA Draft as an early entrant, the player told Eurohoops. The 21-year-old Russian baller is looking to test the waters of the NBA draft and present his capabilities and potential to clubs.

“Utilizing the opportunity to nominate myself for the NBA Draft is primarily a desire to show my healthy ambitions and belief in my potential as a player,” Odinokov said to Eurohoops. “I work hard and believe that I can end up in the strongest league in the world. This is an opportunity to gather information and showcase myself to NBA teams.”

Odinokov will be entering the Draft following a landmark year in his career. He was promoted to Khimki’s senior team early in the season and was called to help in EuroLeague in light of the team’s several problems with injuries and COVID-19 cases.

In his EuroLeague debut against Zalgiris Kaunas, Odinokov scored 11 points on 3-4 3-pointers in 18:07 minutes. “The only good news for Khimki” was a comment that was used to describe the young player’s performance.

“I worked and trained very hard with the understanding and expectation that the day must come when they give me a chance to compete at the top level,” Odinokov said. “And I knew I had to use this chance. It was great experience for me and gave me confidence that I can play at the top level.”

Odinokov carried this momentum to the next and much more demanding test vs. powerhouse Real Madrid on the road by dropping 11 points (2-2 triples) once more, this time while spending 26:02 minutes on the court. He hit contested shots effortlessly, executing quickly and without even a hint of hesitation.

On the defensive end, Odinokov wasn’t afraid to get his hands dirty and engage against bigger bodies, being active and showing commitment in an effort to make the best out of the opportunity of competing at the highest level outside of the NBA and against a EuroLeague contender.

“Training and playing with the top team gave me confidence and invaluable experience in top-level basketball,” Odinokov commented on being a member of Khimki’s senior team. “Coaches and players helped me improve my understanding of the game and my own role with the team.”

Shooting is the biggest weapon in Odinokov’s arsenal, something that he successfully displayed in these two EuroLeague matches. “It’s my strongest skill because of stability and accuracy,” he mentioned.

When he rejoined Khimki’s youth team, he proceeded to drain 3-pointers with a 51.5 accuracy on 3.6 attempts per game in the VTB Youth League regular season while averaging 14.6 points. He had 17.7 points and 7-16 triples in the three games of the Final Eight.

Odinokov has no problem with being characterized as a shooter first and foremost. After all, the two players he admires and studies the most are two of EuroLeague’s most prominent snipers.  “Kyle Kuric and Jaycee Carroll for their ability to catch and shoot the ball. I try to model my game after their style,” Odinokov said.

“I believe that in addition to the shooting, I have good mobility and a quick first step when driving,” Odinokov mentioned regarding his other offensive strengths. “I also know how to play with my back to the basket, since for part of my career I played as a power forward and center and received individual awards and the title of MVP for this.” 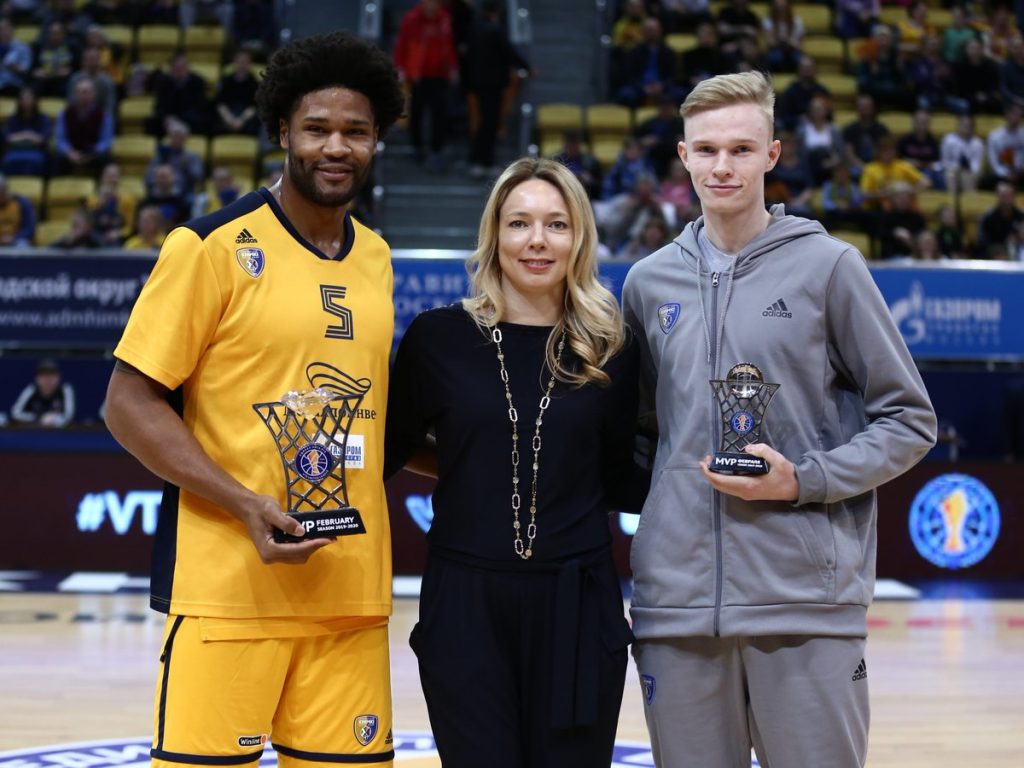 Odinokov is aiming to attract the eye of NBA teams and, at the same time, try to represent Russian basketball to the best of his abilities. With few exceptions, Russian prospects have been relatively absent from the Draft in recent years and the last Russian who was actually selected by a team was Sergey Karasev, another Khimki player, in 2013.

“The fact is that players from Russia have rarely nominated themselves for the NBA draft recently, “Odinokov said to Eurohoops. “So I want to draw the attention of the clubs of the strongest league in the world to the fact that there are still talented young players in my country.”

In the 2020-21 NBA opening night rosters, there were 107 international players from 41 countries. Russia wasn’t among them since there hadn’t been any Russian NBAer after Timofey Mozgov left the league.

Odinokov grew up looking at Mozgov as an idol, watched him being established as an NBA player and is now sharing the same locker room and practicing with him on Khimki. Now, he hopes that his career will also take him down a path that will lead to the NBA. 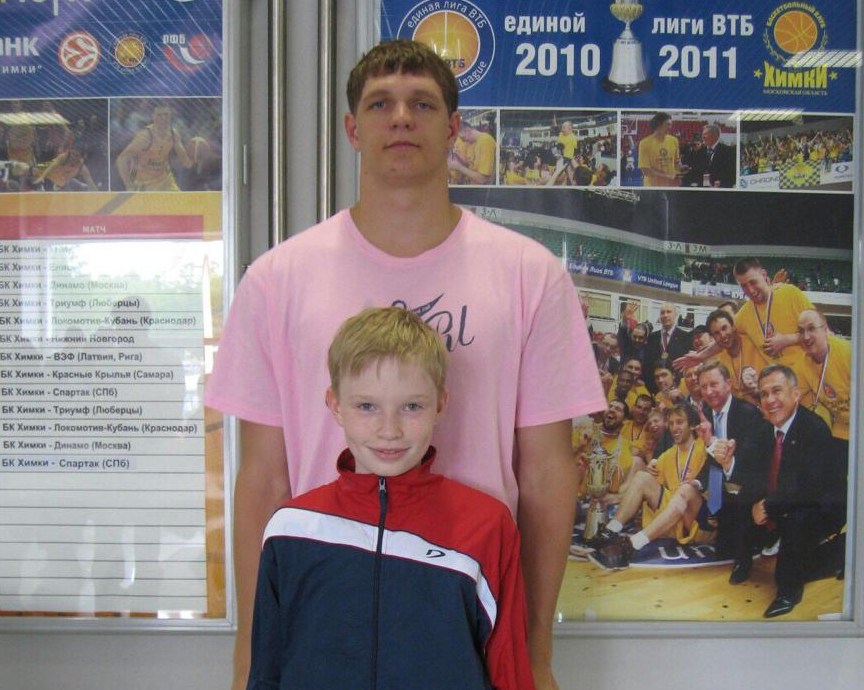 “As a child, I dreamed of being on the same team with Timofey Mozgov, and now I’m training with him. Maybe my dreams of NBA will also not remain just dreams.”