LeBron James is the best basketball player of our age. He’s also the “Most Hated” player around.

You would’ve thought that LeBron James’ basketball greatness and philanthropic work have made him one of the most beloved players in his own country.

A recent social media study by Sports Insider shows that James is the most “Hated” NBA player. The research used Geotagged Twitter data on 70,000 tweets (according to various media) and hashtags from the last month to determine that James is the one player that fans love to hate. 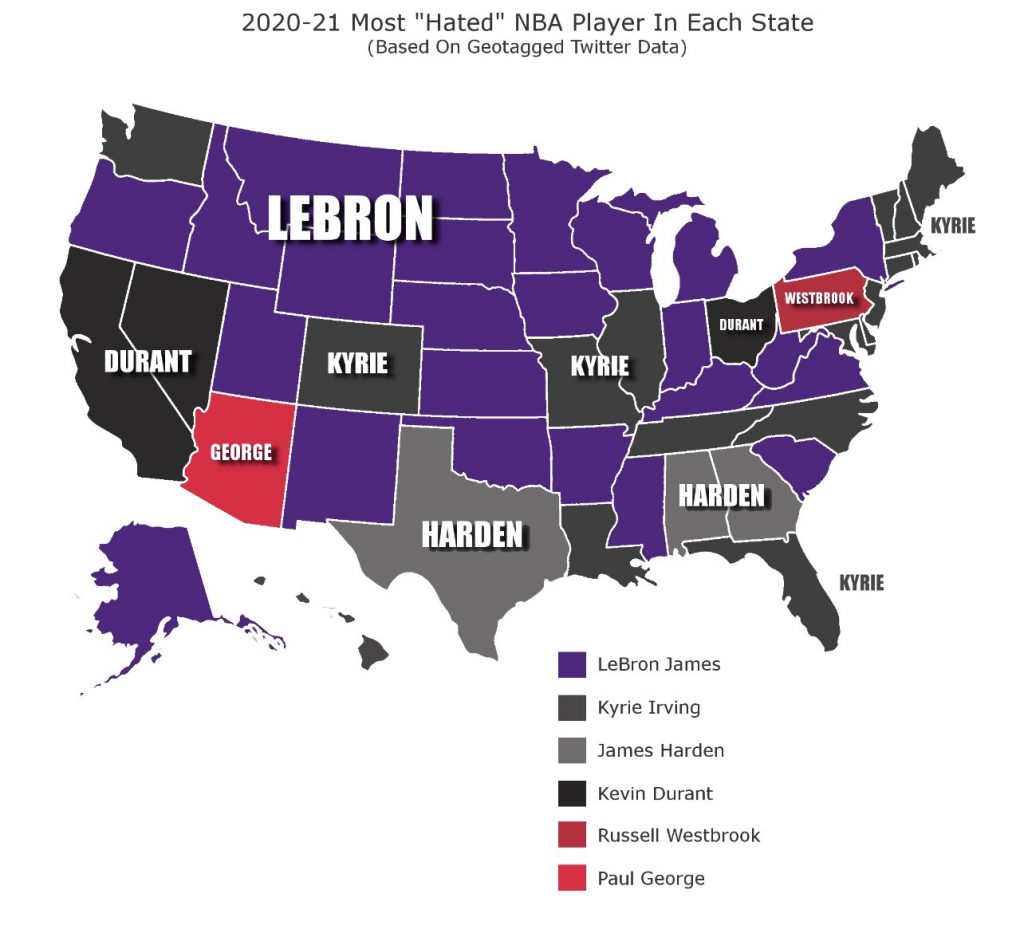 FOX Sports analyst Chris Broussard touched on the subject and said that the reasons why James is the “Most Hated” NBA player around is his involvement and outspokenness on social and racial injustice issues.

Why is LeBron, according to recent Twitter data, the most hated player in the NBA? It’s simple: https://t.co/4on6ofMZqN