The former Warriors teammates are the fan favorites in the All-Star game voting so far… to the surprise of no one.

Curry has gathered 2,584,623 votes, the most by any other NBA player while Durant is second overall with 2,360,435 votes. The former Warriors teammates and back-to-back champions of 2017 and 2018 are both having stellar seasons and are considered among the top frontrunners in the MVP race.

The rest of the European players in the Top 10 of Guards and Frontcourt players are Luka Doncic (second among Western Conference guards despite missing several games and having his least productive campaign since his rookie season), Rudy Gobert and Nikola Vucevic.

Perhaps the most surprising part of the results so far is the presence of Nets‘ Kyrie Irving and Warriors’ Klay Thompson who have yet to play a game this season (Irving made his season debut on 5/1, the night before the results were published). The latter has been out since the 2019 Finals.

The next fan voting returns will be shared on Thursday, January 13, per the NBA. 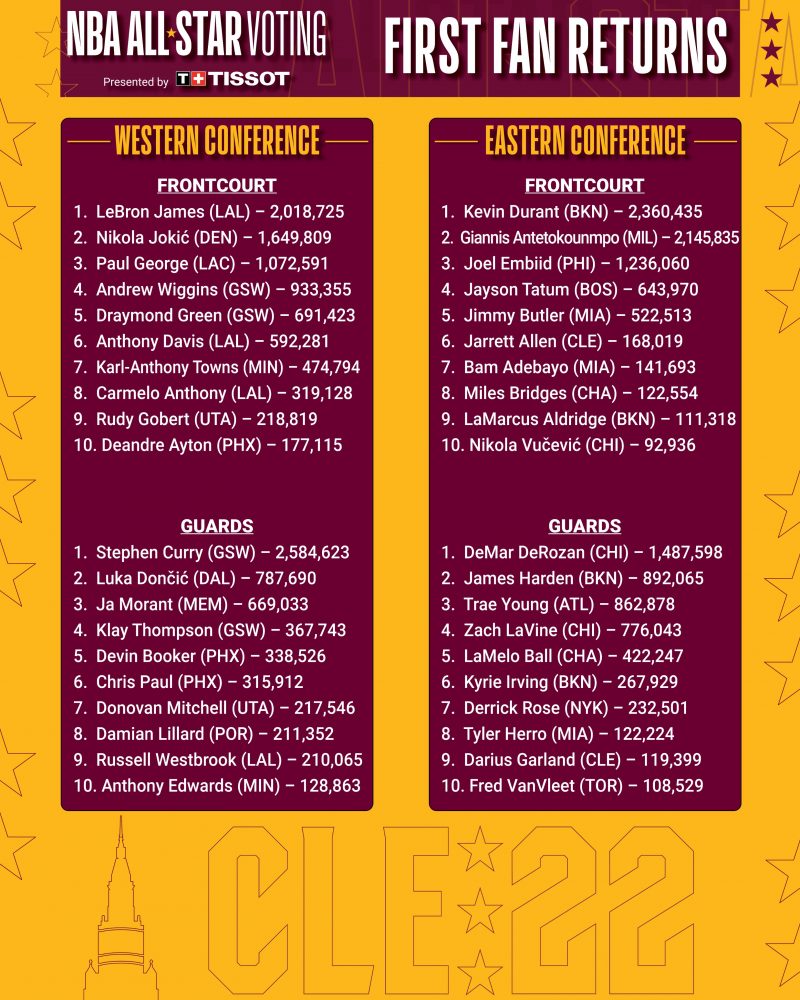