The Miami Heat have won 11 out of their 12 last road games with the Phoenix Suns.

Back in 2008, Goran Dragic was picked 45th in the annual NBA draft. Not many players can display 793 NBA games after being selected midway through the second round, but the 33-year-old Slovenian has accomplished exactly that with the Phoenix Suns, the Houston Rockets and the Miami Heat.

On Thursday evening his current team defeated his first NBA side for the eleventh time in the last twelves matchups between the Florida and the Arizona organizations. Dragic has taken part in eleven out of those 12 contests permanently being on the losing side with the Suns but enjoying four wins in five outings opposite to his former team since moving to the Heat.

It seems like Miami does not need the Slovenian combo guard to prevail at Phoenix as the undefeated run from 2008 to 2015 proves. However, the 12-year NBA veteran is now averaging 23.6 points, 6.8 assists and 4.2 rebounds per appearance for the Heat at the Talking Stick Resort Arena, former US Airways Center. 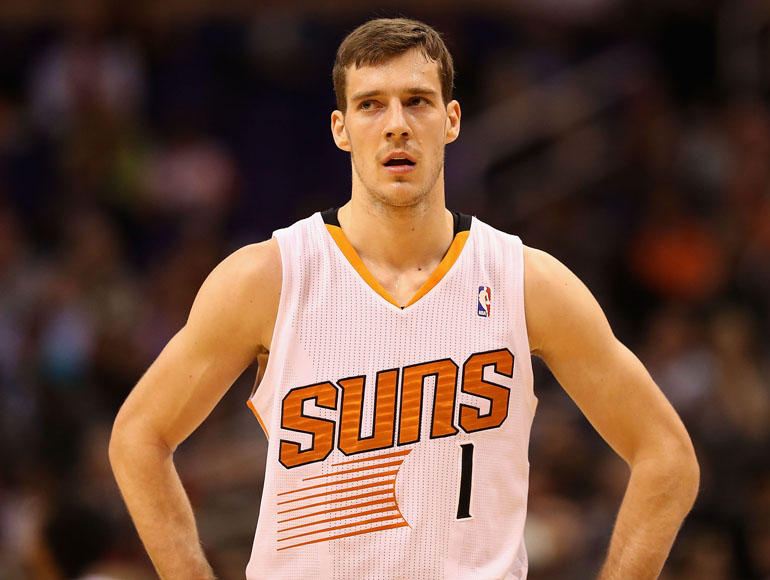 Until his move to Florida, his top showing came in the 2014-15 season with 16 points, four rebounds and four dimes. Since joining the Heat, he has never dropped under 18 points opposite to the Suns on the road. The remarkable turnaround is combined with four wins in five games, the fourth on Thursday with a season-high-tying 25 points.