Foreign players asking for the Israeli League season to be canceled

Amidst the escalation of violence between Israel and Gaza which has seen heavy use of rockets, the foreign players of the Israeli Winner League consulted with each other and decided to release a statement with which they ask for the season to be canceled.

The statement in the fullest is as follows:

After consulting and having some long and difficult conversations with my fellow players (foreign born) from all teams, we have come to the following conclusion.

It is in our best interest, for safety, security, family, and our mental well being that the league be cancelled effective immediately.

While we appreciate the Winner League’s effort to get us to safety in Greece/Cyprus or another foreign location, we will not be getting on a flight that takes us anywhere else but home. We’re of the mindset that if any travel risks should be taken at this time, it should be to get back to our home, our families, and our loved ones.

There are some of us that feel safer staying on ground here in Israel and not flying anywhere. We support them and that decision as well.

However, considering all scenarios, one thing is for certain and that is basketball is the least of our concerns right now. As much as we love the game, love what we do, love the fans, and love to compete at the high level created by the Winner League, we just cannot with a clear mind, put out the best product for the fans with this current situation looming over us.

Peace and love to all & please STAY SAFE!!!

All games in Israel have been postponed due to the current conditions, a second division game was interrupted after the missile alarm sounded, and getting to the bomb shelters have become more than usual, as you can see in this photo of Hapoel Tel Aviv with Thursday’s practice being interrupted again by a missile alarm. 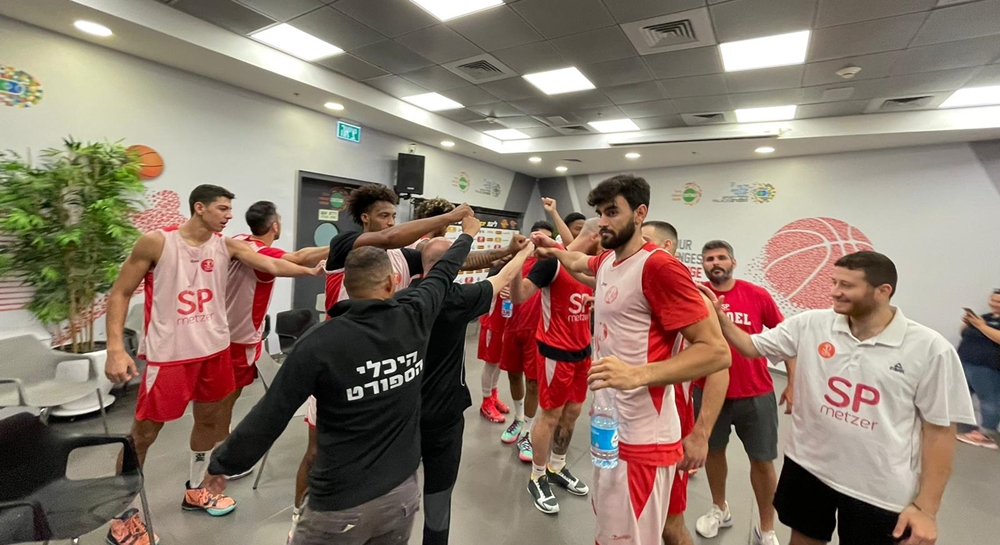 The initiative for this movement reportedly belongs to former NBA player Jeremy Pargo who is currently playing for Maccabi Rishon LeZion. However, many foreign players of the Israeli league for obvious reasons want to protect themselves and their families as many airlines have already canceled flights from and to Tel Aviv, and according to the latest news reports, Israeli combat troops amass at the Gaza border.

As Israeli journalist Yakov Meir reports on Friday there will be a board meeting of the league management regarding the continuation of the season.

The report was confirmed by the following announcement: Tomorrow morning the league administration’s board meeting will be held, where decisions regarding our future steps will be made. We understand the distress of the foreign players and in the last couple of days, the league administration worked on finding solutions so that they can feel safer and go through these difficult times. It is yet another challenge that the last year has brought upon us, after the Corona pandemic, we hope that tomorrow we will reach the best solution for the players and the basketball league.

Nonetheless, it is important to clarify that players that will leave the country unilaterally, despite the various solutions that were were offered to them, are harming their teams and the league, the league administration and the teams take it seriously and will consider how to react against these players.

It remains to be seen how the league may punish and under which jurisdiction the players who decide to leave the country under the current circumstances as the escalation continues and ground operations are more than possible.