Record numbers for budgets in France with Monaco surpassing the €20M

Monaco has become the first team which a budget of more than 20 million euros in the history of the French basketball league. With a five million advantage over ASVEL, Monaco is officially one of the big spenders not only in France but in European basketball in general.

However, the total landscape in French basketball is better than ever, with a total of €122 million spend by the teams, an 8% rise compared to last season and also the best number ever, breaking the previous record of the 2018-19 season, a.k.a. pre-COVID era.

ASVEL, despite having a solid distance to cover from Monaco, also spends almost €16 million, a solid number by any means while no team has less than a €3 million budget. 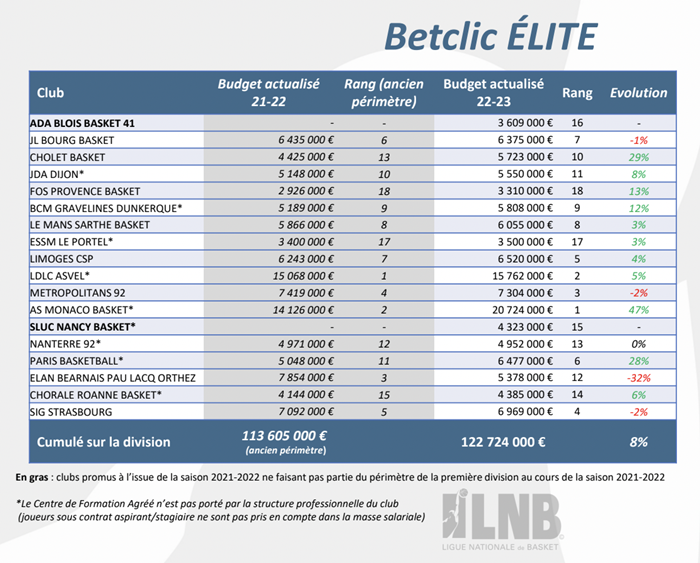 The teams are also obliged to disclose how much of their budget is allocated to team salaries with Monaco also leading the way with almost 11 million going to players’ salaries, a 60% rise compared to last season and also a record 52% of the budget spend on salaries.

It has to be noted that here the difference with ASVEL is much bigger, since only 27% of Tony Parker’s club budget goes to players’ salaries (€4,25 million). 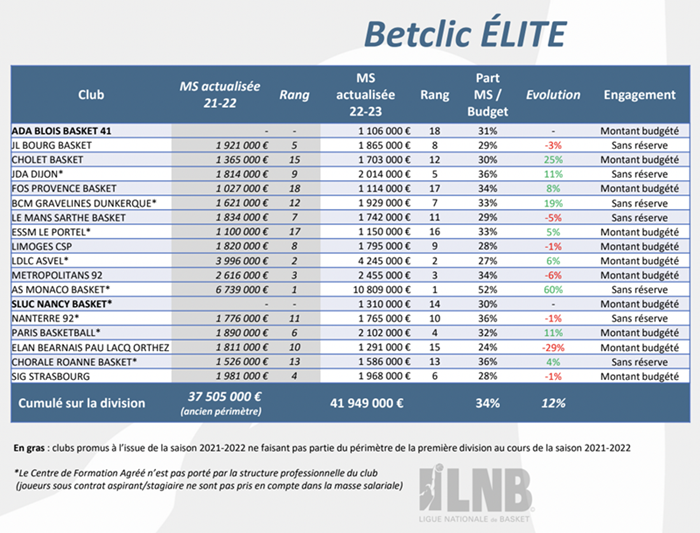