Howard Sant-Roos adds on the list of players that increased their market value through the Basketball Champions League.

When CSKA Moscow announced Friday that they had reached an agreement with AEK and Howard Sant-Roos to sign the Cuban forward, the European basketball world implicitly both understood and applauded the reasoning behind the move by the reigning Turkish Airlines EuroLeague champions.

CSKA are – as always – chasing the title, but they are also in need of a replacement for the sidelined-through-injury Will Clyburn. We are now however in the middle of the season, so the new addition needed to be not only an equally well-rounded player, but also a plug-and-play piece of proven reliability.

Sant-Roos averaged 12.9 points, 6.7 rebounds and 4.1 assists per game, led AEK in efficiency rating through the first 10 weeks of the Regular Season and, for the cherry on top, he came up with some of the best defensive plays seen on European courts this season.

CSKA took notice and they liked what they saw, to the extent where they chose to buy out Sant-Roos’s contract with AEK instead of any other available option.

In his one-and-a-half season at the Athens yellow-blacks following his Eurocup championship run with Turkish side Darussafaka, the Cuban polished his skills further, celebrated the FIBA Intercontinental Cup title in 2019 in Rio de Janeiro with AEK and developed into the coveted player he is today.

He is in reality, only the latest in a long line of players who showcased -or refined- their talents on the BCL stage and multiplied their market value.

That is because it is literally impossible for good BCL performances to go unnoticed: In the 2018-19 season, the league’s digital platforms generated 50 million video views and reached more than 185 million fans through social media.

Kevin Punter is an excellent case in point. The 26-year-old guard worked his way from relative anonymity in 2016 to winning back-to-back BCL titles with AEK in 2018 and Virtus Bologna the following year. Punter earned a spot on the Star Lineup of the competition in 2019 and was named Final Four MVP after leading the storied Italian club to the crown. 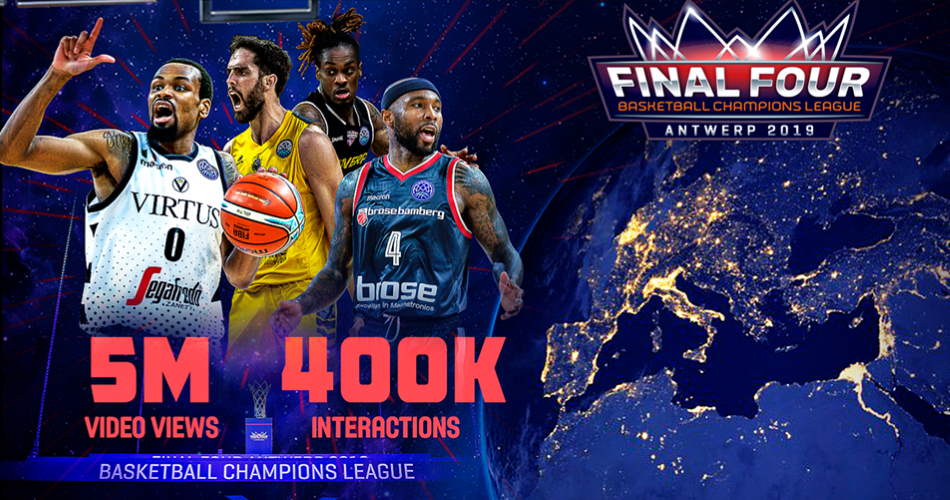 Punter’s exploits at the Final Four in Antwerp were more than well-documented and his exposure achieved a global scale: Final Four videos generated over 5 million views and reached an estimated 26.8 million basketball fans and professionals!

“The BCL is one of the best up-and-coming competitions and does an amazing job promoting content for players and teams,” Punter said. “I played two seasons and it feels like I’ve been playing in it forever. The exposure is amazing and is only going to get better.”

Greek powerhouse Olympiacos literally could not wait to sign him up, securing his services immediately after he concluded the season with Bologna. Even after parting ways with the Piraeus team during a recent massive exodus of players, he joined fellow EuroLeague participants Crvena Zvezda Belgrade within days. 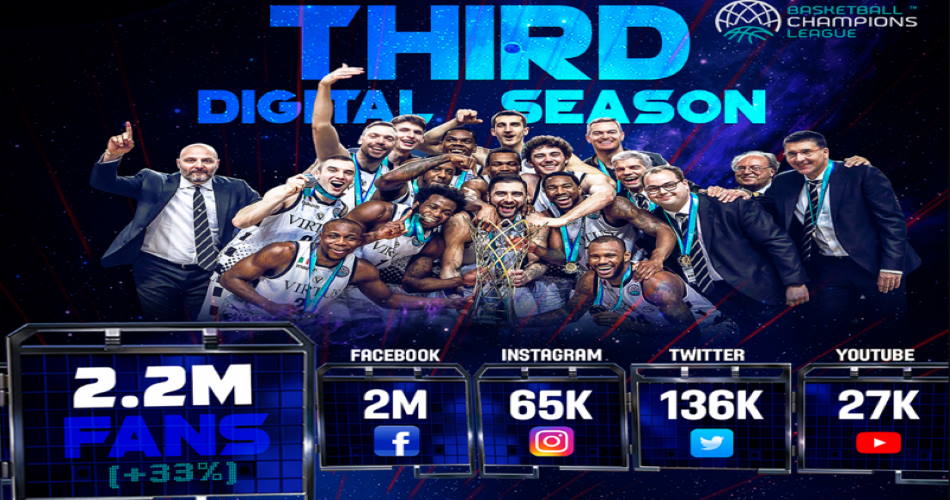 Tyrese Rice is another player who shone bright in last year’s BCL, and in fact was named MVP of the BCL Season. His case provides perhaps the best example of how a successful campaign in this competition can help a player disperse any doubts about his ability to perform at the highest level.

The 32-year-old point guard, who came into prominence after leading Maccabi Tel Aviv to the EuroLeague crown in 2014, went through a rough patch after joining Barcelona and European fans almost lost track of him after he left the Spanish giants to play for the Shenzhen Leopards in the Chinese league.

Brose Bamberg however brought Rice back to Europe in the summer of 2018 and both the club and the American playmaker were vindicated for this decision nine months later, when Rice led the nine-time German champions to the BCL Final Four, knocking out title-holders AEK in the quarter-finals.

🤩 Rice is nice! The MVP of the Season @ReseRice4 has had an outstanding season with @BroseBamberg (16.4PPG & 4.4APG)! #BasketballCL pic.twitter.com/jsP2o9XELR

Panathinaikos took notice and tabbed Rice this summer, enabling the veteran to make a triumphant return to the EuroLeague – in December, Rice posted a career-high 41 points in an overtime win over arch-rivals Olympiacos.

There were plenty more cases in the summer of 2019, as Tony Parker’s Euroleague bound ASVEL Lyon-Villeurbanne were impressed by the BCL performances of two highly-promising young players.

The French champions tabbed sharp-shooting Latvian Rihards Lomazs from Ventspils, and Belgian rim-protector Ismael Bako who had played a major role in Telenet Giants Antwerp’s surprising run to the Final Four and was the youngest member of the 2019 BCL Star Lineup.

Russia’s Zenit St Petersburg followed a similar path in putting together their EuroLeague roster and brought in two players who turned heads in the BCL, but in their case they chose players of longer experience – forward Tim Abromaitis, another member of the Star Lineup, and seasoned center Colton Iverson, both of 2019 BCL Finalists Iberostar Tenerife.

The list is long and it will likely keep getting longer, because this pattern is now well-established as it dates back almost as far as the BCL itself, which is now in its fourth season.

Who can forget for example how Marius Grigonis, currently a cornerstone of the storied Zalgiris Kaunas under Sarunas Jasikevicius, had his breakout year in the inaugural season of the BCL as he helped Tenerife lift the trophy and was voted Final Four MVP.

Zalgiris also added Thomas Walkup in 2018 a few months after he made it to the BCL Final Four with MHP Riesen Ludwigsburg.

What makes though the BCL an ideal launchpad for players of varying ages, backgrounds and positions? How is it that a successful BCL campaign all but guarantees a player their share of the spotlight, regardless of their previous circumstances?

ERA Nymburk’s Zach Hankins, who was considering his options last summer after the end of his college career when he received the offer of the Czech champions, explained the appeal of the BCL from a young player’s perspective:

“I didn’t get the exposure I wanted in the Summer League but my agent brought me Nymburk’s offer and told me that this was the one I should choose,” the big man told championsleague.com

“He said that it was not only a resumé builder, or a chance to keep improving.

“He said that this was an entry into the highest international level, the chance to play against some NBA-level guys and play in a competition that matters.

“It looked like the best option, and I am very happy that I chose that over all the other options I had.”