List of the most important summer additions for the Turkish Airlines EuroLeague teams.

With an asterisk in place pending future blockbuster moves, Eurohoops presents the Top 10 transfers completed by the Turkish Airlines EuroLeague teams so far.

CSKA Moscow landed two out the four top spots, while AX Armani Exchange Olimpia Milano is the only side with three Top 10 appearances.

Other moves potentially cracking our initial list consisting of players changing teams within Europe’s premier club competition can be returnees from the NBA the likes of Pau Gasol and Ante Zizic who are linked to FC Barcelona and Real Madrid, respectively, even though the Spanish powerhouses are currently officially denying the rumors (update: Zizic ended up with Maccabi Tel Aviv, while Barcelona denied the possibility to sign Gasol due to financial reasons).

Meanwhile, it has to be noted that the biggest buzz this summer was probably created by two coaches, Sarunas Jasikevicius moving to Barcelona and Igor Koskokov to Fenerbahce.

Overall, several stars were retained by their teams this summer. The coronavirus pandemic and its financial impact prevented bigger changes but still, there’s a solid Top 10 rundown sprinkles a field of household EuroLeague names. 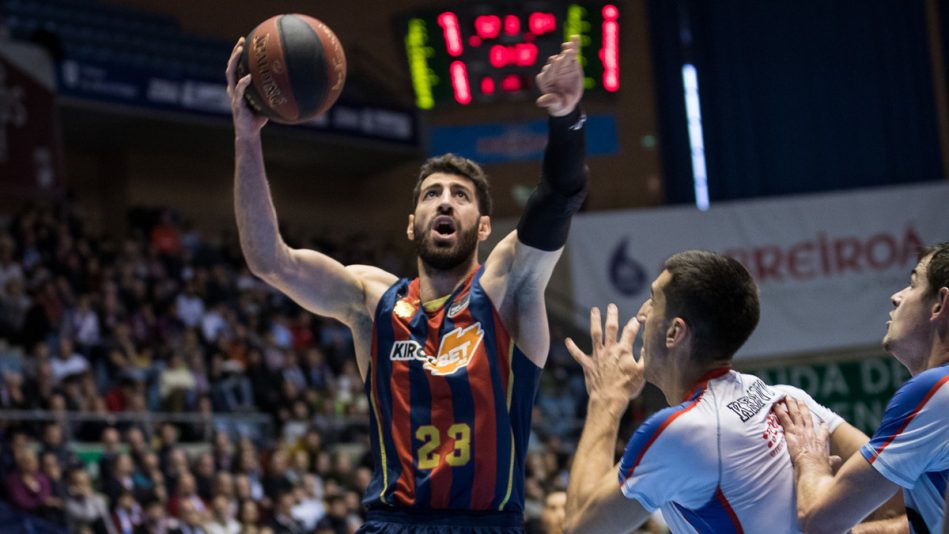 FROM: KIROLBET Baskonia
TO: CSKA Moscow

No dispute for first place in our Top 10 with KIROLBET Baskonia leader Shengelia joining Russian powerhouse CSKA Moscow. His arrival will likely bring an altered game-by-game inside approach definitely strengthening the bid to retain championship status gained in 2019. Despite budget restrictions, Dimitris Itoudis will enjoy a flurry of options including the 28-year-old Georgian forward. 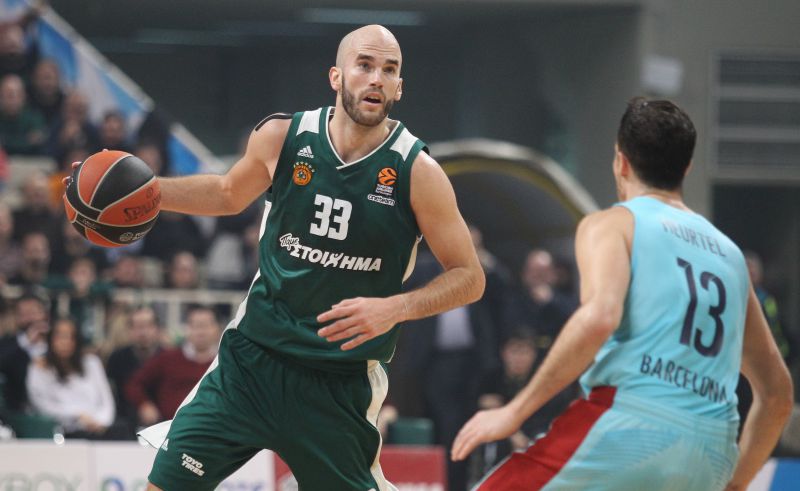 FROM: Panathinaikos OPAP
TO: FC Barcelona

Another former leader opting to switch sides comes in the form of Calathes. A veteran of eight EuroLeague campaigns with Panathinaikos, five through his latest stint, from now on brings his floor general credentials to FC Barcelona. Like the team based in Catalonia was not strong enough, further optimism was built with the hiring of Sarunas Jasikevicius, ex-teammate of Calathes at Panathinaikos. 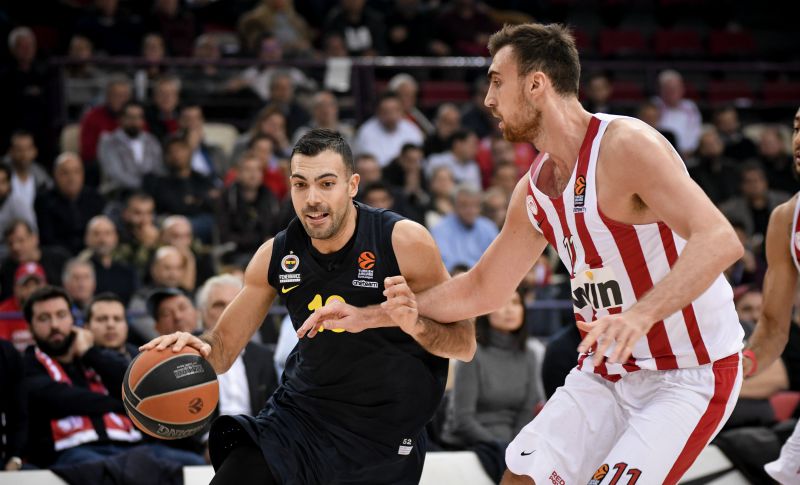 FROM: Fenerbahce Beko
TO: Olympiacos

Sloukas returned to Olympiacos following a five-year run with Fenerbahce. In Turkey, he captured one more EuroLeague championship, back in Greece packed with additional experience certainly generated a blockbuster transfer for the Reds. Reuniting with head coach Giorgos Bartzokas attaches nostalgia for the fans. 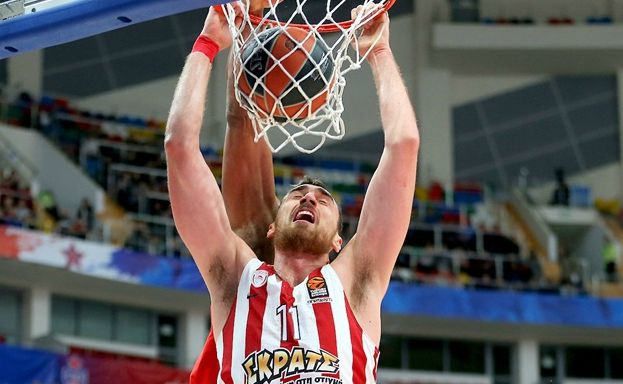 FROM: Olympiacos
TO: CSKA Moscow

As an established in-post force, Milutinov produces a second spot for CSKA. From Partizan to Olympiacos was his first big challenge met with success, the second moves him from Greece to Russia with a long-awaited personal climb to EuroLeague glory in the cards. A newcomer with 164 games in the continent’s top club competition. 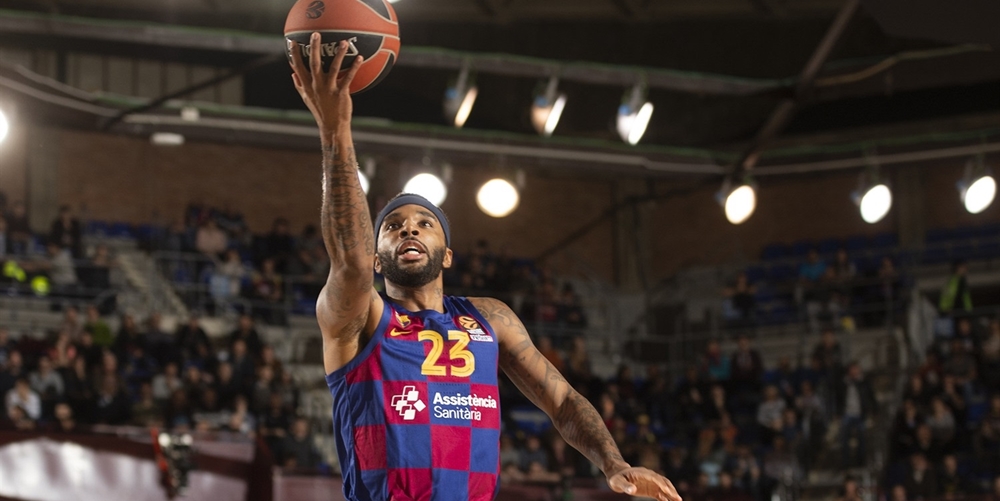 The former Virginia Tech standout is set for his fourth EuroLeague campaign. After his one-season runs with Bayern, Lokomotiv Kuban, and Barcelona moves on to Olimpia Milano. As mentioned above, Ettore Messina’s side grabbed three spots in our Top 10, the highest one reserved for a solidified backcourt option, Delaney. 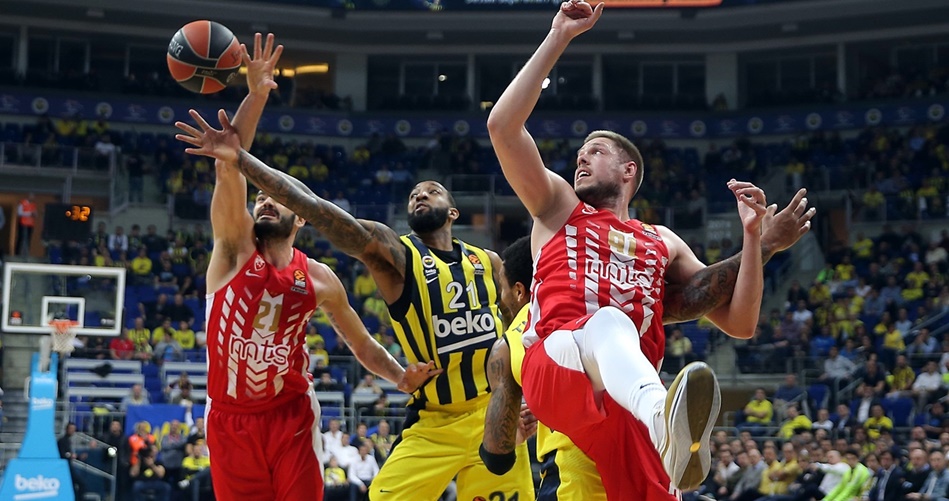 FROM: Fenerbahce Beko
TO: Valencia

Williams, 2nd pick of the 2011 NBA draft, coming off one-year runs with Bayern and Fenerbahce inked with Valencia, one more EuroLeague team looking extremely stronger moving forward towards the 2020-21 season. A top-drawer addition the Oranges promising highlight dunks and much more. 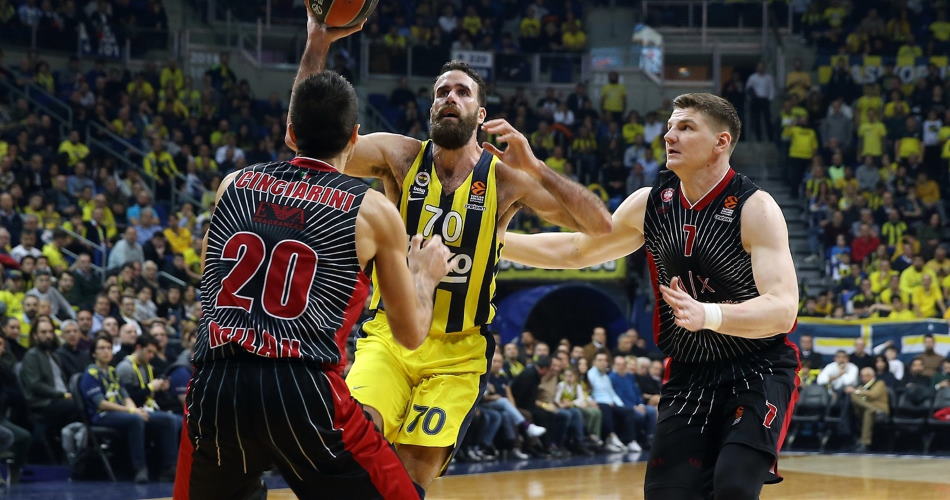 Back home to Italy was the path chosen by Datome this summer. Five straight seasons with Fenerbahce after his NBA experience threw him to the EuroLeague championship in 2017. Next goal, another title, this time around at Olimpia Milano with plenty of strong and experienced teammates, all under the guidance of Messina. 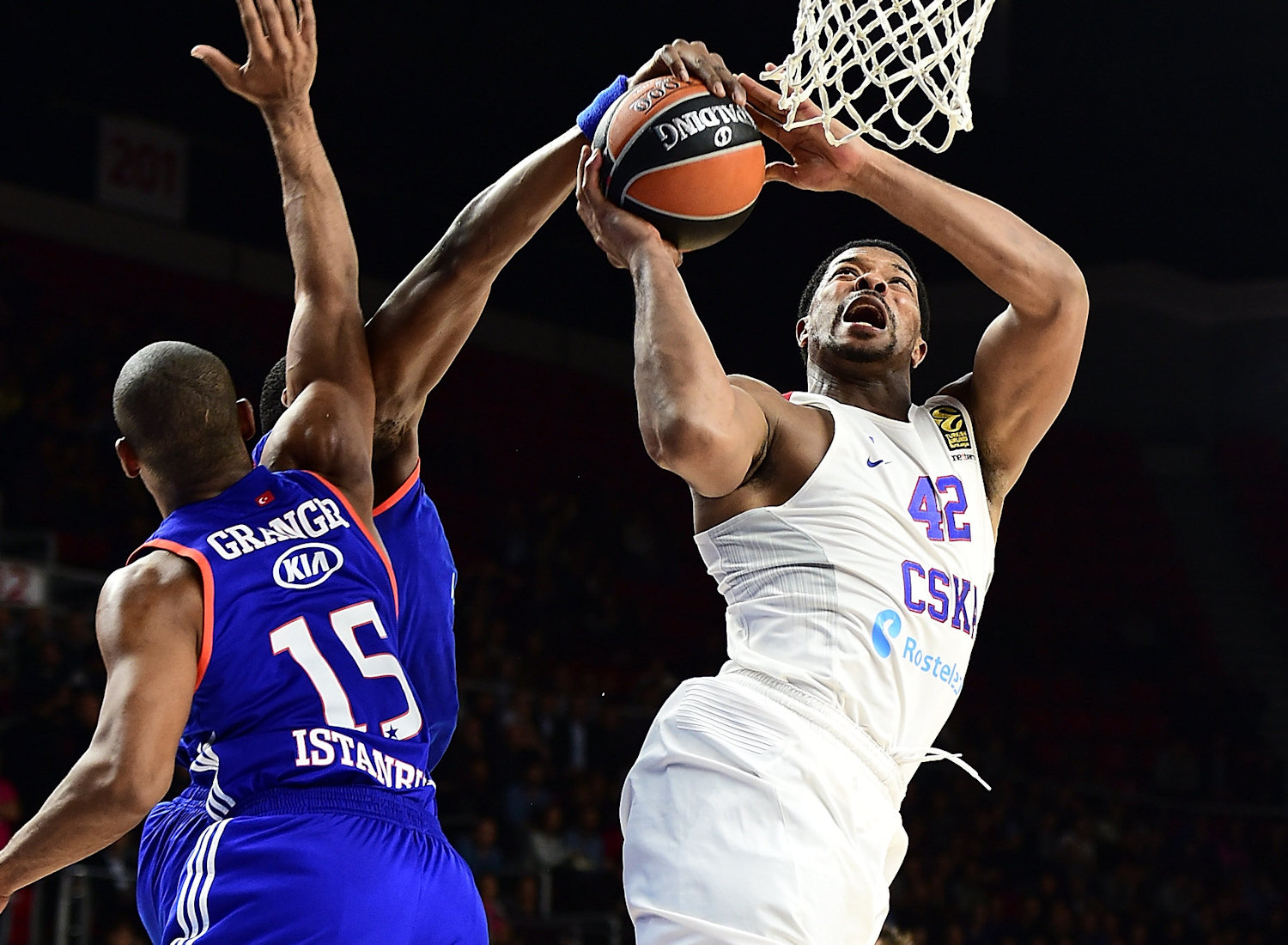 No further down our Top 10 the third Milano newcomer making the list. Hines, a four-time EuroLeague champion, spent the last seven seasons at CSKA ending his long tenure for the ambitious Italian powerhouse. Between CSKA, Olympiacos, and Bamberg has played in 281 EuroLeague contests. 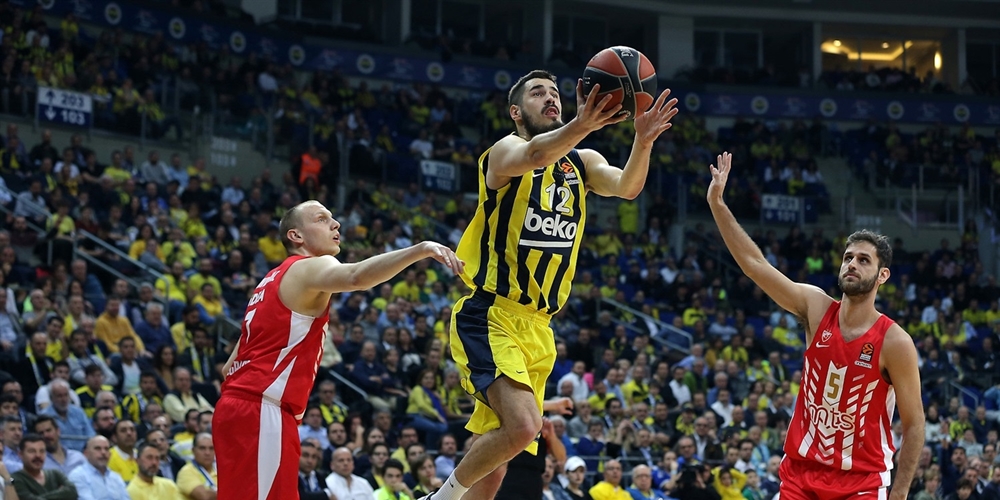 FROM: Fenerbahce Beko
TO: Valencia

Departing players from Fener nearly drew up half of our Top 10 with Kalinic the second going from the Turkish powerhouse to Valencia. Another member of the 2017 championship squad leaving this summer, penned a deal with the Spanish outlet and is gearing up for his seventh run in Europe’s premier club competition. 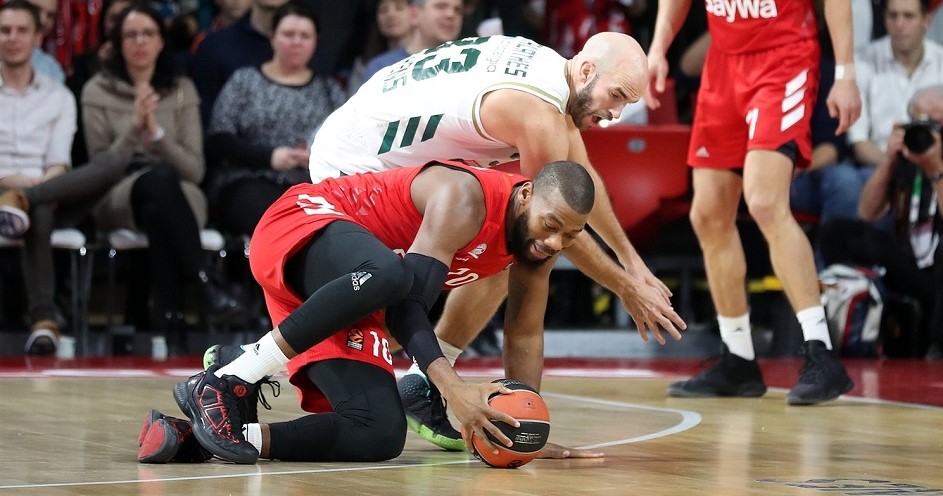 Rounding up our Top 10 is 30-year-old Monroe who joined Khimki after his debut EuroLeague season with Bayern. Last season directly from the NBA kept himself away from long adjustment struggles and this time around hopes to help a solid squad move up the table.