Bahcesehir’s Green, a top scorer with an aim to inspire

Bahcesehir came as EuroCup newcomers this season and despite their short trip in the regular season, Erick Green currently leads all scorers of the competition

In midst of the pandemic, a small Turkish club took its first steps into 7DAYS EuroCup, a challenge to say the least. Bahcesehir Koleji Istanbul’s trip to the competition ended last week when it did not advance to the Top 16. However, this newly formed club produced the EuroCup Regular Season’s top scorer so far.

Through adversity and tough conditions, Erick Green managed to overcome by using his experience to help Bahcesehir slowly build a name for itself in the competition.

Bahcesehir didn’t have an easy road, being paired in a group with Partizan, UNICS, Joventut Badalona, Umana Reyer Venice and JL Bourg, most of whom brought plenty of EuroCup experience. A newcomer like the Turkish club could only use this as a learning experience. In the end, winning two of its 10 games after having lost five by six points or less is proof that Bahcesehir learned well.

‘’My accomplishment of being the top scorer is great, but on the downside, not winning is always tough,” says Green, who currently leads all scorers with an average of 21.2 points per game “In fact, all I want to do in my life is win, to help my team succeed. But as an organization, it’s our first year in EuroCup and I think we did a pretty good job overall.”

Despite not advancing, Bahcesehir showed its fighting spirit, Green explains:

“We fought hard even though the outcomes don’t look well on the scoreboard. Six, seven of nine games came down to the wire and we just couldn’t close them out. We are a good team. Hopefully, we can learn from it, get better and take this experience to the Turkish League.”

Green’s achievement takes on more value considering the fact that the lives of professional athletes have been just as affected as everyone else’s this year. When a huge part of the job requires physical engagement, not being able to practice or keep in touch with your sport requires a lot of effort to overcome.

‘‘Guys couldn’t play six, seven months and not playing basketball is tough,” Green mentions. “Your body is not used to coming back to the court, the rhythm of the game is different… Overall, it definitely had a huge impact on us at first.” 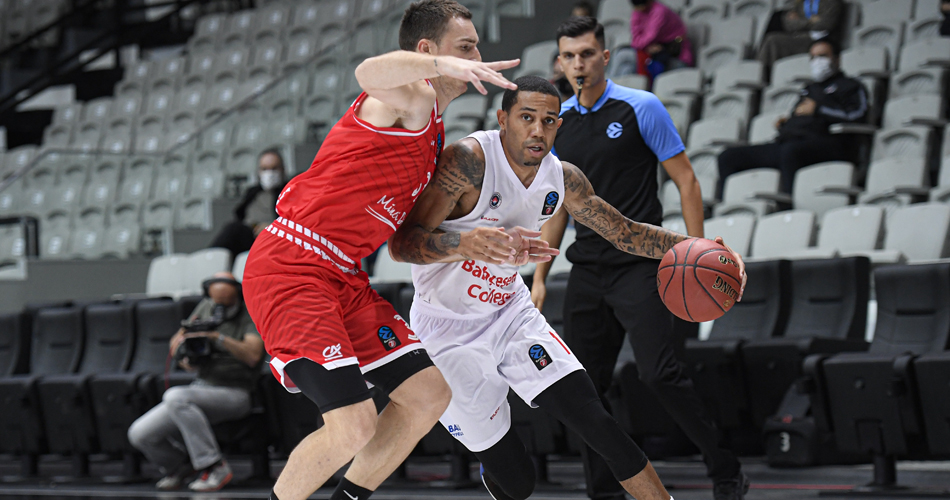 Although the 29-year-old guard was a EuroCup newcomer, he has had years of valuable experience in the Turkish Airlines EuroLeague, starting with Montepaschi Siena in 2013 and later joining Olympiacos Piraeus, Valencia Basket and Fenerbahce Beko Istanbul.

‘’I played on some great teams in my career. I played with great coaches, players… Every year I learn something about myself, the team I’m playing on, and just learning to get better,” he tells. “Being around the new guys, hearing their stories, seeing how they play, I try to take what I’ve learned to them and help them for their careers. I’m getting older and I’m around a lot of younger guys. To teach them new things and make our team better are my goals”.

A 2016 NBA G-League All-Star, Green has learned to set one goal at a time.

“I don’t think about the future and what it holds. When it comes, I’ll be ready for it, but right now I’m focused on winning games, helping this team to get to the [domestic] playoffs, and continuing to be a better player every day.”

No stranger to Turkey after spending the 2018-19 season with Fenerbahce and reaching that season’s EuroLeague Final four, Green is well-accustomed to the city of Istanbul. He enjoys the interaction with the fans there and the perks of the cosmopolitan lifestyle of the city:

“It’s my second year in Turkey. We’ve been here for four months and me and my girlfriend love it here. We’ve been traveling, sightseeing. I think it’s a beautiful country. We have great fans. Everywhere you go, somebody recognizes you. My family just got here, so I took them to very beautiful places. It’s definitely a great place to live for a foreigner; it’s safe, it’s clean, food is great and there are so many things to do.”

With that in mind, Green has found a new way of keeping in touch with his creative side during the pandemic, with the aim of closing the gap between European and American culture. You can see his ventures on his new YouTube channel, where he documents parts of his life alongside his partner, Carlye.

“I think a lot of Americans don’t know about overseas basketball and we want to give them an insight about what we do,” he said. “We just want to have fun with it. When we are over here, we have so much free time and we try to keep ourselves busy and not always thinking about basketball. You definitely need another outlet in life to have fun and loosen yourself up.”

Green’s goal is to offer friends at home a sneak peek of the “behind the scenes” life of a top-notch player in Europe.

“It’s a beautiful place to come visit, it’s safe. You see how other people do things, interact. And you meet some nice people,” Green says. “I’ve met so many people all around the world and stayed in contact with them. We still have a great relationship. It’s always awesome to continue my journey, write about my journey, and tell my story when I get back to the States, to my friends.”