Tofas Bursa had a so-so start to the season but they’ve stepped up big time and are currently on a seven-game winning streak in all competitions.

And that was exactly what Tomislav Zubcic wanted to be a part of when he joined the squad in late December. In fact, the winning streak started with his arrival and they are yet to lose a match in 2021.

“It wasn’t hard to decide to return to Turkey. This is a great country with great people who love and understand basketball. When I was contacted by the club, I saw the great potential in the vision of this club and its desire to win every match. That’s why I’m here. To help win games and make our fans happy. Because, without them, we can’t be such a great team,” Zubcic told Eurohoops.

Some would argue that it’s just a lucky turn of events but the Croatian big certainly contributed heavily to the results and that has been especially true in the Basketball Champions League.

Zubcic accumulated 51 points on 53% shooting including 45% from deep, 18 rebounds, and nine assists over three games and was invaluable in the team’s perfect run over that span to secure a spot in the playoffs.

“The Keravnos game was a must-win for us. I did my best to help my team win and I did not think about my personal stats. Basketball is a team sport and I came to Tofas to win every game. And that’s how I want to continue doing things,” he said.

The Croatian logged 17 points and ten boards against Keravnos but he also pushed the team to the next level, against ERA Nymburk, with 27 points as they also clinched first place in Group B.

It’s not so often once sees a player adjust so quickly to a new team and some credit most certainly goes to coach Hakan Demir who took over Tofas’s bench this season.

“Coach Demir has helped me a lot since my arrival. I really like the energy he brings to practice and the games. He understands basketball very well and can find the perfect role for every player on the court at any given moment. To have someone like him on the bench gives us a sense of security in crucial moments of the game.”

BCL is a growing project and Zubcic recognizes its potential, even more so when it comes to the upcoming generations.

“Basketball Champions League is one of Europe’s most important, especially for the development of young players. The quality of the organization improves every year and I am sure that this competition will lead European basketball to the next level.”

One such talented prospect is paving his way right next to Zubcic in Tofas. The 23-year-old Berkan Durmaz will have a chance to learn from his new teammate who went through the NBA Draft and has Summer League and G League experience with Oklahoma.

“Berkan Durmaz is a talented player with a great skill set for the NBA. The best thing for him is to stay focused on winning, stay committed to hard work day by day, and his chance at the NBA will come soon enough. When that happens, I will be proud to have been his teammate at Tofas and to have witnessed his talent,” the 31-year-old Croatian told Eurohoops. 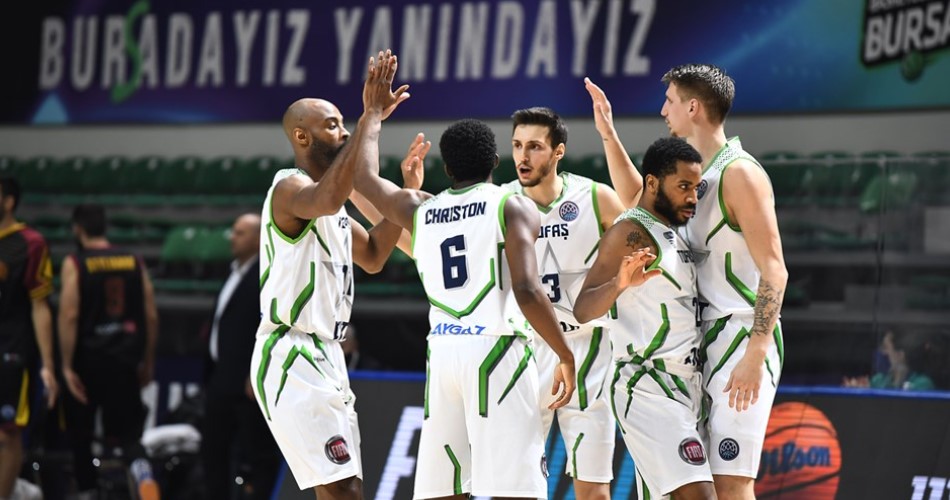 One of the challenges that every player has had to deal with throughout the pandemic has been mental health and Zubcic is no exception. However, he found it much easier to deal with thanks to one of, if no the happiest moment of his life – the birth of his daughter.

“Family is the most important thing in my life. My Princess Sofia was born during these difficult times and that has made it easier for me to cope with [the pandemic]. Professionally, it was hard, but I was trying not to think that much because the whole basketball world was in the same situation. I was focused on improving my body by working with a coach and improving my basketball skills through individual work on the court, so I could be ready when the call to action came.”