Hapoel Holon goes from spectator to participant in BCL Final 8

Hapoel Unet-Credit Holon joined the list of teams entered in the Basketball Champions League Final 8 with an overtime win against Happy Casa Brindisi on Wednesday. The one game remaining in the Round of 16 Group I will not change anything for the team coached by Stefanos Dedas. A very happy mood indeed following the 45-minute grind somewhat picturing the Israeli outlet’s BCL effort so far in the 2020-21 season.

Holon recovered from a 1-2 start in the Regular Season to secure first place in Group C and be part of the Champions League’s top 16 teams for the first time in club history. Three wins in a row against Tsmoki-Minsk, AEK, and Cholet did the trick. Against Brindisi, the Italian club was in control in the first half but the hosts upped their offensive game after the break and sealed the deal after five extra minutes. Unlikely comebacks and extra effort in crunch time seem to be the thing here.

Dedas, 38, took a step further back to the Final 8 introduced by the BCL for the late completion of the 2019-20 season in Athens. “I was watching the Final 8 in Athens with my assistants. We felt like viewers despite knowing we are part of this competition. It looked very far away from us,” he admitted remembering the start of the 2020-21 season.

A few months later, his side became the first team clinching a Final 8 berth through Group I. Brindisi and Pinar Karsiyaka will battle it out for the second spot next week in Turkey.

Powered by the passionate support of the fans in restricted attendance at Holon Toto Hall, the Israeli club dug its way out of an 11-point hole, then squandered a six-point advantage of its own. Darius Thompson sinking a three-pointer to tie the thriller at 79 made second overtime look probable. However, Maxime De Zeeuw hit the game-winning layup with 0.3 seconds left. Veteran Guy Pnini made the assist.

“It’s simple. In this case, it’s just his experience,” said the Belgian forward crediting his teammate, “He literally just did this (shows head movement). I knew I had to get to that spot in that second. I got lucky as my opponent was still talking asking his teammate to switch, I took the chance to move in quickly. With the experience of Guy, I just had to put the ball in the basket.”

“Pnini is very important in this type of games,” added Dedas, “They attacked him a lot on defense. Offensively, he made great plays. He put everyone in the right place every time. He has tried that connection with Max many times. This play shows his experience. Players with experience make the coach look better with this kind of late plays.”

De Zeeuw has been lacking consistency this season. Despite his game-winning effort, he registered only five points against Brindisi.

“I am having a difficult time right now. I am not hiding from it. I am being honest,” he admitted, “As long as we keep winning, who cares about Maxime De Zeeuw. Who am I? The team matters the most. If I can bring the victory having played a terrible game, I’ll take it.” 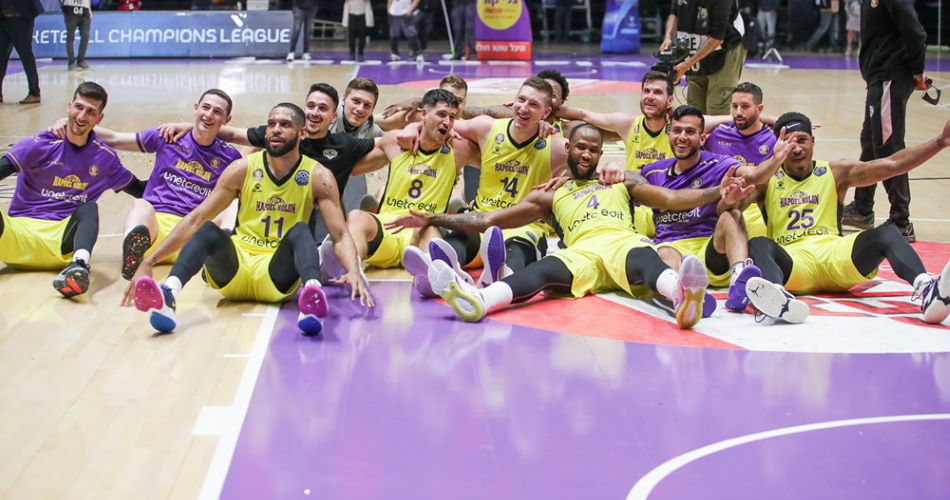 A Basketball Champions League season will never be truly complete without overachieving teams extending their runs further than expectations. On paper, Holon was not among the favorites to reach the final stage of the 2020-21 BCL season. And might not be quite done.

“We are a difficult team to face, as long as we adjust to our opponent’s philosophy,” noted the Greek head coach, “We have a different leader every time. That’s what our opponents see in the analytics. In knockout games, we have the hustling and the outside shots to hope for something.”

The Israeli team awaits the Final 8 field to be completed and its next challenge in FIBA’s premier European club competition to present itself.