The summer market of 2021 remains a continuation of everything that happened in 2020. The world of sports is still trying to recover from COVID and the times when getting a two-million contract per season in the EuroLeague was a reachable target for a number of top players seems to have passed for good with some unique exceptions.

That’s why this year presenting the Top10 of the EuroLeague salaries proved to be a relatively easy task since in most cases the questions were centered more on the re-negotiations which were made for longer contracts and more affordable salaries than anything else.

In theory with the new EuroLeague Framework Agreement between the EuroLeague and the players’ union (ELPA) in place, that might be the last summer in which an unofficial account of the top EuroLeague salaries is published from Eurohoops.

The agreement includes a ten-tier system for the players’ salaries starting from 250.000 euros and getting up to 3,5 million or more, which will be known to all EuroLeague clubs and give a more solid base of transfer negotiations. However, unfortunately, this piece of information is not expected to be public, so the mystic surrounding Euroleague salaries might remain the exact numbers would be always open to debate.

Once more, the numbers mentioned in this post are calculated in US dollars for comparison reasons with NBA salaries. Plus several EuroLeague countries don’t use euros as their currency and the numbers represent net salaries. That is the most tricky part in getting right the final numbers since taxation is different depending on the country and on some occasions, taxes go down, as it happened recently in Greece, or go up, like in Turkey where taxes are raised this year from 17% to 37%. However if you want to compare with NBA salaries, where half the money goes to IRS, just multiply each Euroleague contract by two.

Still, the bottom line is simple: Nikola Mirotic remains the highest-paid player in Europe and that’s not going to change anytime soon and EuroLeague champion and MVP Vasilije Micic is the only really big winner of this summer with a contract that very few had in the history of European basketball. 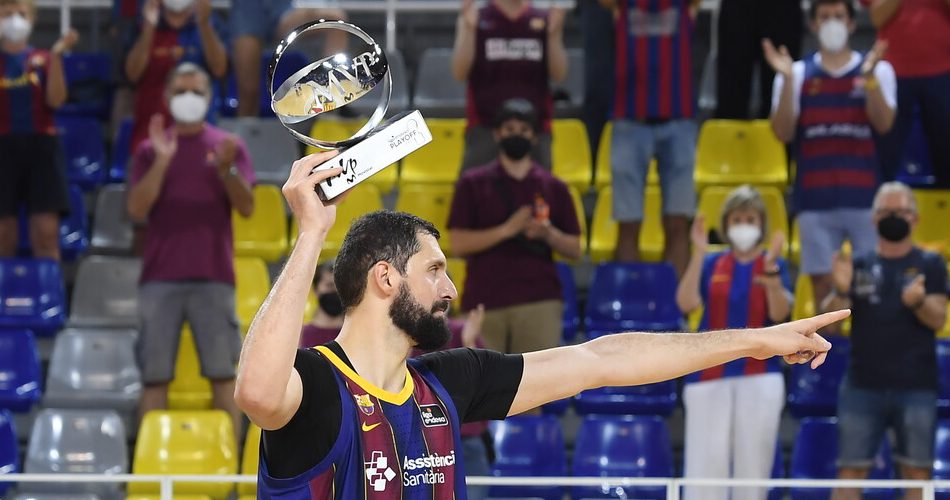 The exact numbers of Mirotic’s contract remain a riddle and even $4,5 M can be pretty tame considering the rumors about the initial deal between the player and FC Barcelona. However, we are already in the third year of the contract and Barcelona is in total debt of more than one billion euros.

Of course, the main issue is the football section, but Barcelona as a club must cut money from everywhere. That’s why it’s hard to imagine that Mirotic and his record-setting contract remain untouched. If that wasn’t the case, despite last season’s dive in his net salary which according to club sources due to taxation dropped to less than $4M net, Mirotic would easily get up to $5 million net for the 2021-22 season.

Adding the cost of his contract’s taxation would mean a total of $10 million. That’s more than the newly approved minimum budget of a EuroLeague club which would be 7 million euros from the 2022-23 season. 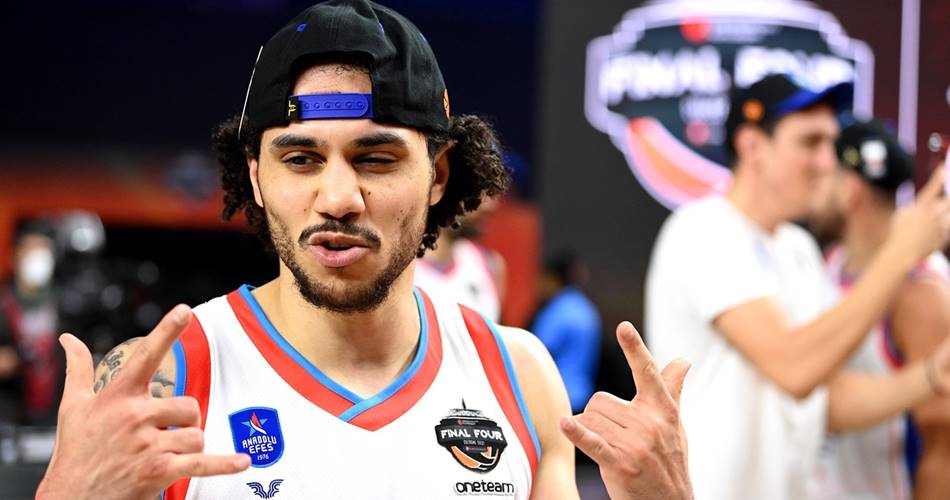 Until last year he was the only player not named Mirotic to get more than three million per season and he still has one of the best contracts ever in the history of European basketball. Despite the change in Turkish taxation, Efes has the ability to pay really big money and Larkin still gets a royal contract. 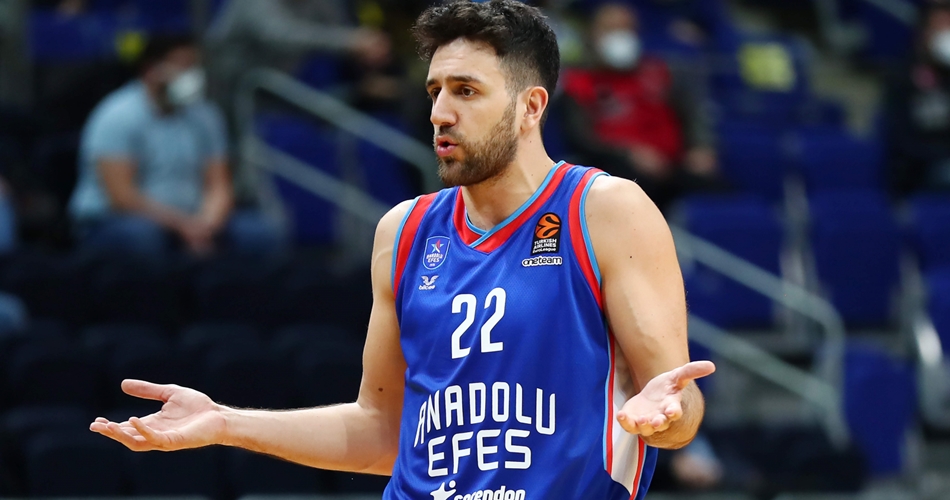 The same applies to his teammate, Vasilje Micic, and his new contract explains why it was not easy for the NBA teams which wanted him to present a financially alluring offer. Micic was the best player of last season, he won everything and his new three-year contract with a three-million net salary per season is enough compensation for him. 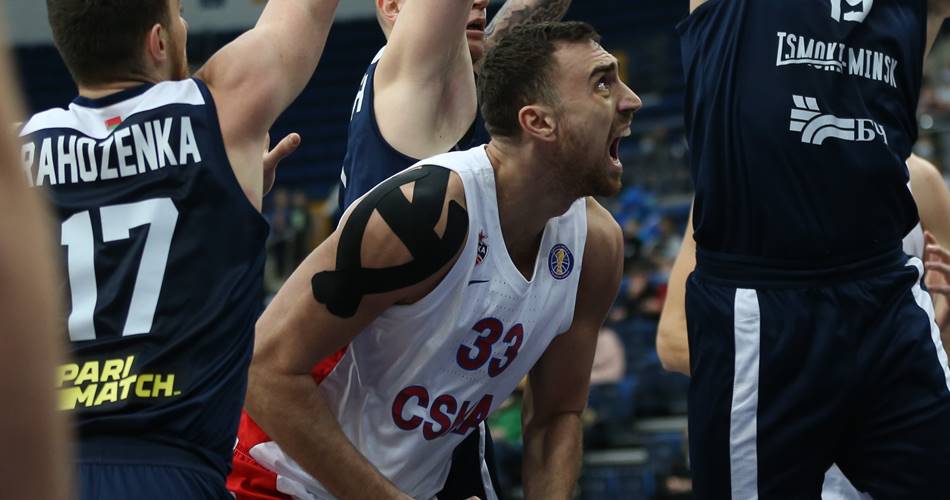 The Serb big man of CSKA remains one of the highest-paid players in Europe, having a contract whose terms were finalized before the COVID pandemic. That doesn’t mean that he is not worth the money. On the contrary, if he was healthy, a lot of guys would bet on CSKA to win the EuroLeague trophy and that remains the target. He is in the second year of his deal. 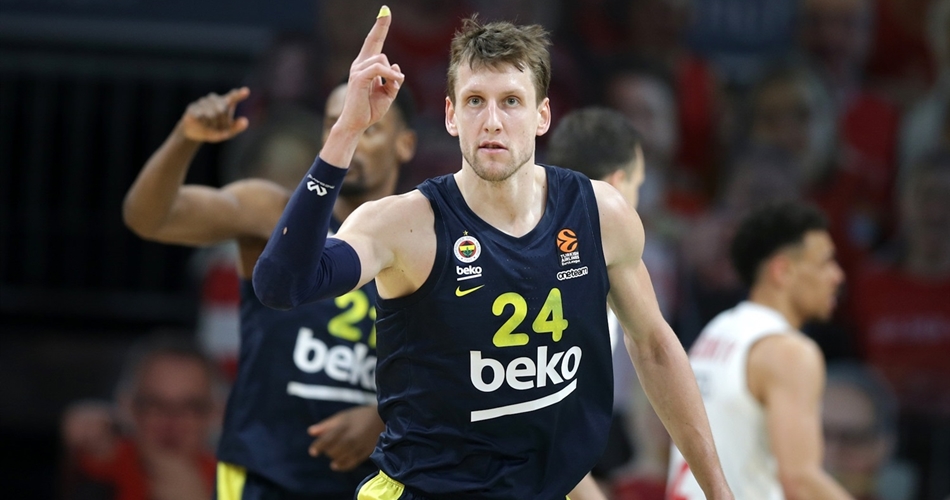 Vesely is on the last season of his three-year contract with Fenerbahce. It was a good enough contract to keep him out of the NBA and he is still getting paid with pre-COVID standards. Of course, Vesely also remains one of the best players in the league and his performance can make or break Fenerbahce’s season, so such compensation is well deserved. 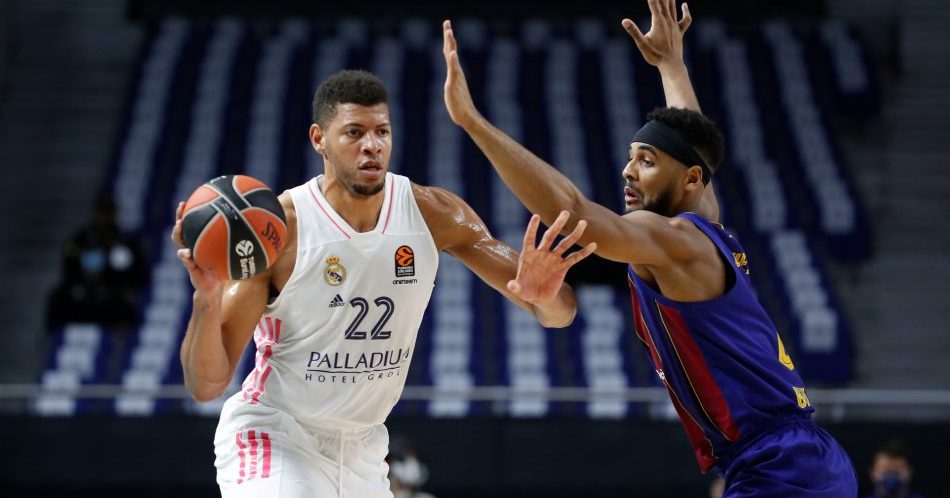 Tavares is clearly the top paid player of Real Madrid, having a great contract that was agreed upon in 2019 and tuns through the 2023-24 season. It has to be noted that his contract includes NBA outs, which could have been used this summer, so it remains to be seen if he ends up being the next big export of Madrid to the NBA for a more than respectable buy-out. 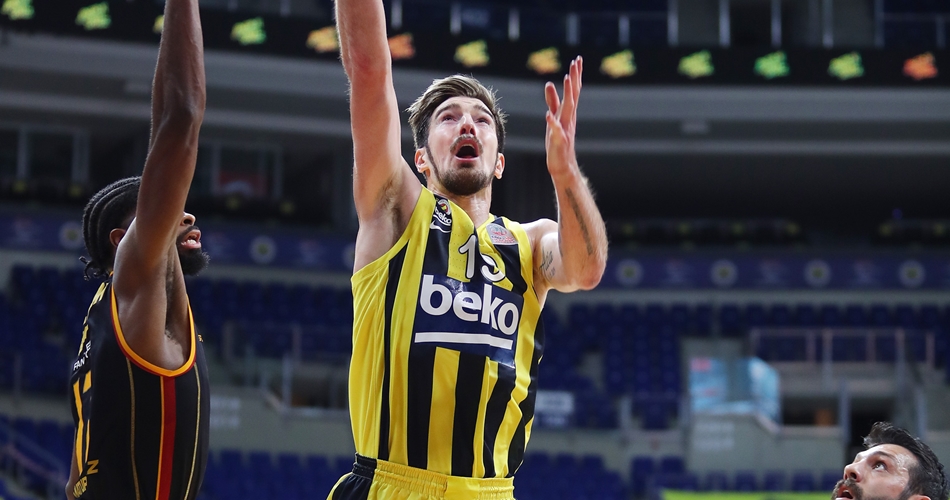 The French guard is as important as Vesely for Fenerbahce, but he got a salary under two million because the negotiations made for his three-year extension this summer took into consideration the COVID situation. Initially, De Colo has signed a 2+1 deal back in the summer of 2019 and since then he has made Istanbul his home. 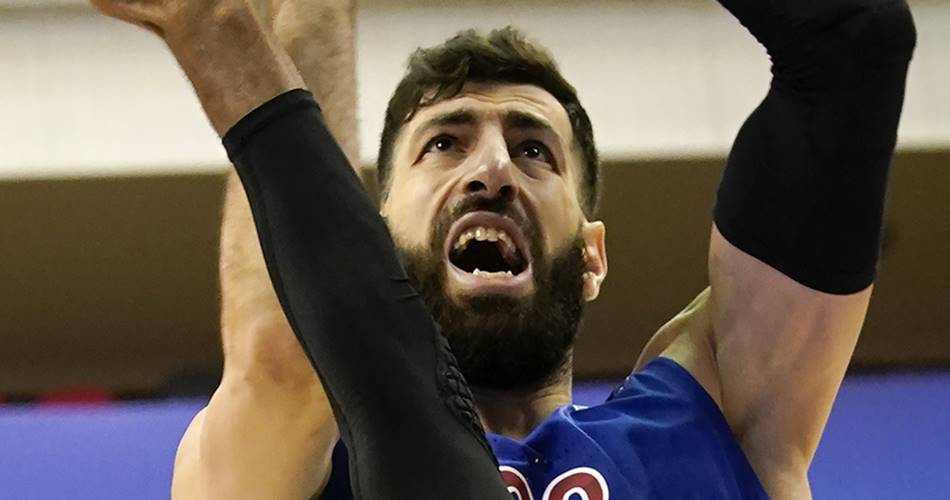 In his second year with CSKA, Shengelia’s salary is rising and he enters the fold of the Top10, even if the bar is not set anymore in the two million line. Still, it’s a great contract, and the Georgian forward more than deserves it at this point of his career. 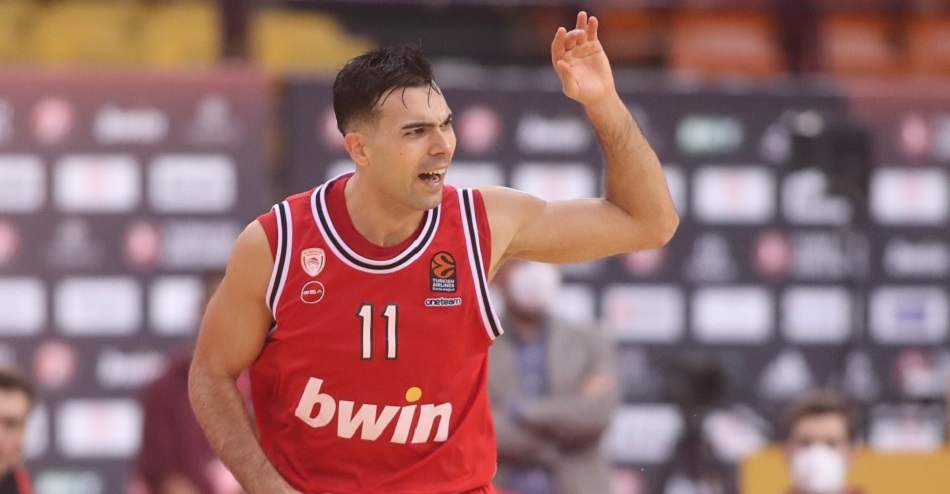 Greek guards remain a commodity and that’s true especially for Greek teams. Kostas Sloukas has the hard task to be the leader of Olympiacos in the post-Spanoulis era and that’s why he got such a contract. It will be a key season for him, the second in his current deal, and for the Reds.

Calathes and Sloukas go hand-to-hand almost in everything, being the current leaders of the Greek national team and practically sharing the same level of salary. Calathes is probably the best pure point guard in Europe, especially since there’s no deal with Pangos and CSKA Moscow at his point. So his contract doesn’t surprise anyone. 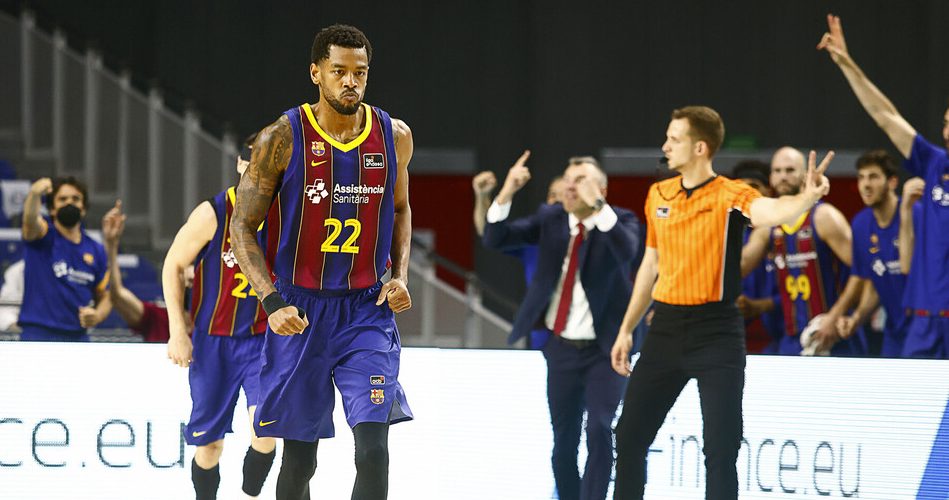 Higgins dropped from the two-million line but remains in the Top10. It was never officially confirmed, but per multiple reports by signing a new three-year contract Higgins deal was also restructured and his salary changed. Considering the season and the Final Four he had, he is still a bargain.

The rest of the big deals

Milan’s stars are just below this threshold with Malcolm Delaney, Sergio Rodriguez, and newcomer Nikola Melli just missing the cut. Still, they are marginally out of the Top10 and pretty much belong on the same tier with the four players sharing spots 8 to 11.

With Melli missing the cut, it has to be noted that no new summer addition – not even from the Eurohoops Top10 – in any EuroLeague team was close to the two million milestones. A number of deals are near 1,5 million, with at least three Real Madrid players – including newcomer Thomas Heurtel – being around this neighborhood. Also, Maccabi‘s Scottie Wilbekin is near this range and Barcelona’s newcomer Sertac Sanli got over well over the one-million threshold on his annual salary.

Plus three players who were regulars in the Top10 lost their place. Alexey Shved who last year got $2,5 from Khimki, got a big compensation from the now-defunct club and a pretty modest salary from CSKA, which remains one of the top spenders in Europe. Sergio Llull, who remained in Real Madrid even if there’s never have been an official announcement for his new deal, also dropped well below his old standards of two million. And Mike James is not on the least despite having a similar deal with Nikola Milutinov, because his contract with CSKA is, on one hand, valid but on the other under negotiation for a possible release.