Dusan Duda Ivkovic: A basketball visionary and safekeeper of the future

Dusan “Duda” Ivkovic dedicated six decades of his life to basketball, as a player and especially as a coach. He was, is, among the small number of people that have truly given back a lot to the sport in general and influenced every single player, coach, fan, and any organization he directly or indirectly touched with his actions.

Ivkovic’s success was big on every level, club, or national team basketball. He won twenty trophies with the clubs he coached across the years including the two EuroLeague titles with Olympiacos.

He will, even more, be remembered as a national team coach. His run at the helm of Yugoslavia before the split of the country was extraordinary.

There is so much that Duda Ivkovic accomplished throughout his 46 years as a coach that it would take forever to list it all. And yet, that’s not what truly matters. That is not the true accolade of his and by what numerous people he worked with will remember him for.

A perfect word to encompass all of it and the legacy Duda left has been invaluable. Many people across basketball visit places, get results and leave, not worrying much about what happens after them. But not Ivkovic.

Duda was, of course, aiming for the top but he was never putting it as the primary goal. No, he was always big on creating something more. Wherever he would go, he would never just create a short-term run.

His mind was always working on establishing a balanced system with young players and veterans alike, assistants that would eventually be ready to take his place, a healthy atmosphere in all parts of the club, whether it was the players, staff, or management. He was always making sure that what he builds would continue after him as well.

Doing that for 50 years? That will echo throughout the next 50 as well. 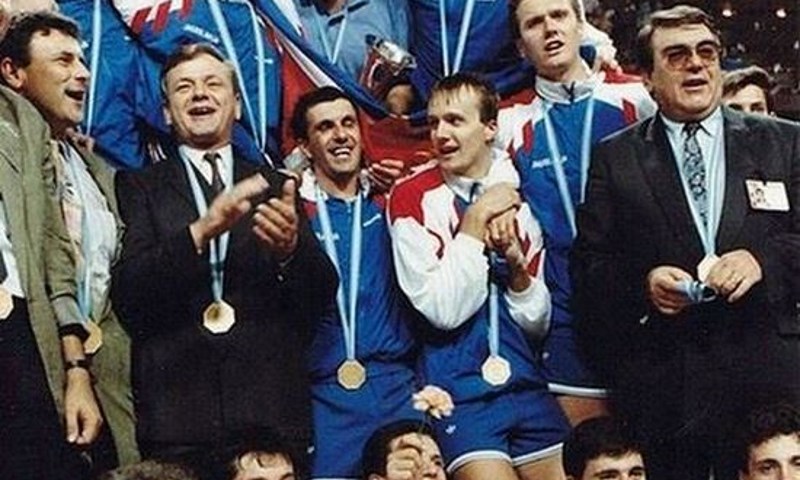 Some of the biggest basketball minds were directly the result of Duda’s influence, players and coaches alike. Vassilis Spanoulis is one of many modern examples that Ivkovic coaached how to, not only play basketball the right way but, more importantly, how to lead. Zeljko Obradovic learned a huge deal from Ivkovic who, in fact, chose him as the successor in the national team back in the days.

Some of the greatest minds among the NBA coaches have also been touched by Ivkovic’s mastery of the game. Gregg Popovich himself admitted to ‘stealing’ some inbound plays from Duda that have worked for a long, long time.

One can only daydream but who knows what would have happened if Duda actually reached the NBA. There was a chance for that, actually. In the early 2000s, Ivkovic found an offer from the Denver Nuggets on the table while at the same time considering European options such as CSKA, where he eventually ended up.

He went to the US, spoke to the team and they had a verbal agreement for Duda to be an advisor for the first year and then take over for two more as the head coach. However, the owners weren’t present due to vacations and nothing could be done quickly due to bureaucratic reasons. Time passed and while the Nuggets weren’t concluding the deal, CSKA was ready, persistent, and managed to convince Ivkovic to sign.

Denver called back, alas too late, and Ivkovic’s chance to make an NBA jump disappeared just like that. And he was, in fact, the closest a coach got to make the jump from a European to an NBA bench as the head coach. With all the accomplishments Duda left behind, taking over the NBA might be the only thing left for his heirs if they wish to outshine him, and if that can be possible at all…

A testament to Ivkovic’s vision has also to do with the NBA but indirectly. Duda was one of the early advocates for positionless basketball, dreaming of a lineup of players over two meters tall while being able to do everything skills-wise. That has certainly turned out to be the future, hasn’t it? Duda pushed the idea back in the 90s.

That said, the kind of influence that Duda had can best be seen in the Serbian national team as it is far more important to have a long-lasting plan on that front. Something that would definitely come in handy for any national team nowadays when they have to balance their roster throughout the year for the FIBA windows.

And Duda has done that for Yugoslavia in crucial moments and he did so for Serbia as well later down the road. Whenever it was tough, Duda would be there to step in and help. 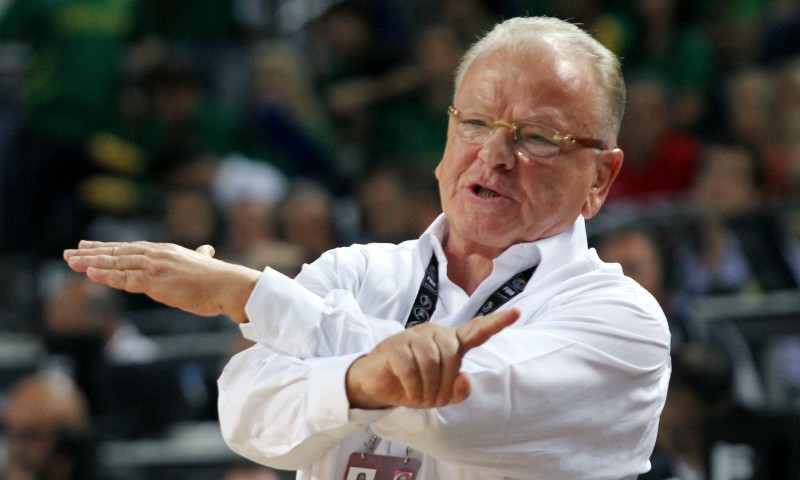 They won silver in 2009 and had some failures along the way but that experience and system are what eventually led to three more silver medals after Aleksandar Djordjevic – who played under Duda in Yugoslavia, winning gold in 1995 – took over the team.

Milos Teodosic was growing under Duda and he became the de facto leader of the Serbian national team going forward, still is. One could say Ivkovic was the main reason Teodosic became what he is. One could say it was Duda’s great mind, knowledge, experience, authority, and discipline that thought Teo how to balance out his own basketball intelligence and lucidity with the whole team and the coach’s intentions.

Ivkovic was also helping Serbian basketball outside of his obligations as a coach. He was always ready to be the advisor and initiator of ideas and one such example was the reform of junior competitions in the country, which greatly improved the development and exposure of young players. Bogdan Bogdanovic and Vasilije Micic are some of the early examples that went through it.

I personally went through it and it’s a big part of why I can and am writing about basketball now. That’s how far such an influence can go.

Ivkovic’s great mind, full of knowledge and vision, coupled with his principles and love for the sport is what will truly be remembered and what has changed basketball forever.

Hell of a good job coach, thank you, and may you have a well-deserved peace.