Katsikaris on Unicaja in the BCL: “We want to reach the Final Four”

The move to the Basketball Champions League has been successful so far for Unicaja. Unlike the team located in Malaga, play-caller Fotis Katsikaris carries previous experience as the head coach of Tenerife during the 2017-18 edition of FIBA’s top European club continental competition.

Katsikaris, 54, talked to Eurohoops about the 2021-22 Champions League campaign. He also dived into his coaching upbringings and the lasting connection with Spain’s ACB.

“The Basketball Champions League gets better every year,” noted the Greek boss, “The format is much more friendly for the players and teams, especially for the Spanish teams going through the demanding ACB schedule. With a game every other week, every team has more space to properly prepare and remained focused at the domestic level as well.”

Unicaja dominating Group C earned the top seed and the direct ticket to the Round of 16. Placed in Group K alongside Romania champion U-BT Cluj Napoca, his team will receive two more new opponents coming out of the Play-Ins, Hapoel Bank Yahav Jerusalem or Prometey, and Igokea m:tel or Filou Oostende.

“Moving on to the next round with tougher opponents coming up, the level of competition will increase,” Katsikaris told Eurohoops, “I believe at least six or seven teams across the field are very strong.”

“The goal from the beginning of the season is to make it as far as possible,” he explained, “This is our first season but we want to reach the Final Four. We understand anything can happen. The situation in December can vary significantly from the situation in April.” 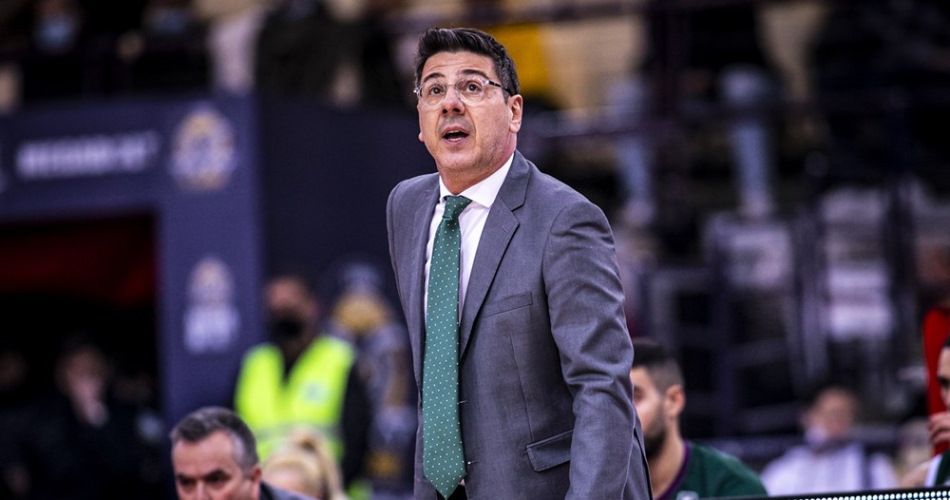 Besides Tenerife and Unicaja, Katsikaris has been hired as head coach by Valencia, Bilbao, UCAM Murcia, and Gran Canaria.

“Obviously, I have achieved a strong connection with the Spanish League after spending so many years there,” he explained, “I enjoy it. It’s the best domestic league in Europe. Many great coaches. High level of basketball. Surely, I am happy to work in Spain.”

In the 1990-91 season, beginning his lengthy run at AEK and playing under Kresimir Cosic shaped his first real bond with the coaching world. Working alongside Dusan Ivkovic and Dragan Sakota as a member of the AEK coaching staff equipped him with more tools moving into his head coaching career.

“Both as a player and as an assistant, I was privileged enough to work with plenty of very successful coaches. I really believe that I have borrowed something from every single coach,” he told Eurohoops, “Surely, Ćosic was the first person offering me a glimpse of the game beyond the player’s view. He was the first major influence on me. Working alongside Ivkovic was a huge learning experience. With Sakota, I had the opportunity to get a bigger role.”