This Wednesday, LDLC ASVEL Villeurbanne announced that Elie Okobo will undergo surgery and will be sidelined for at least six weeks. A key loss at this time of the season for the French team… but also for our team in Biwenger.

The French point guard had been a regular guy on our roster. Actually, after reviewing the statistics that the app offers, we have verified that he has been our most used player and the one who has given us the most points this season. 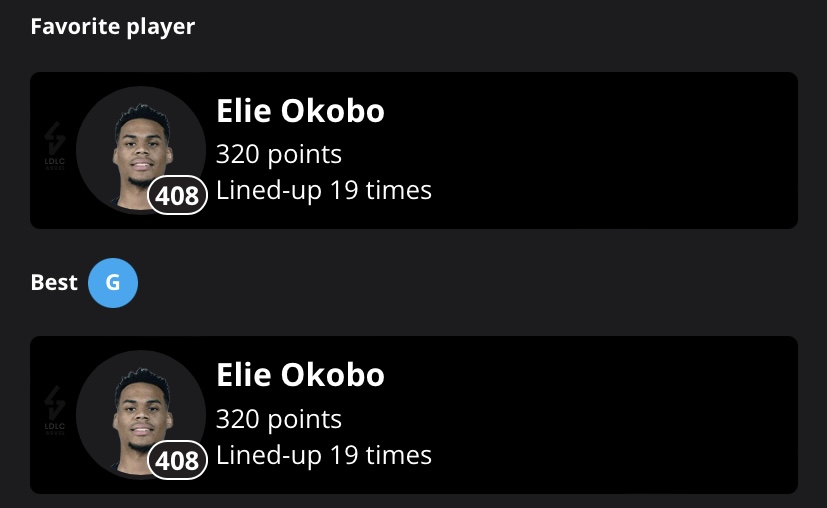 Okobo, to whom we wish a speedy recovery, has been one of the greatest surprises in this EuroLeague, averaging 18.5 points per night in Biwenger and being the player who has given the highest return since he barely costs 22 million.

Without Okobo in our team, the budget is tighter and we will have to opt for a cheaper bench for this round. As his replacement, we have not risked too much and we have opted to sign Chris Jones again (31 million, 19.7 points per game), the new leader in ASVEL.

And if we tell you the truth, we do not rule out that he will soon be a starter since –as we told you in the post at the start of the double-round week– UNICS is beginning to show signs of tiredness.

Below, you can see Eurohoops’ Fantasy team for the 25th round: 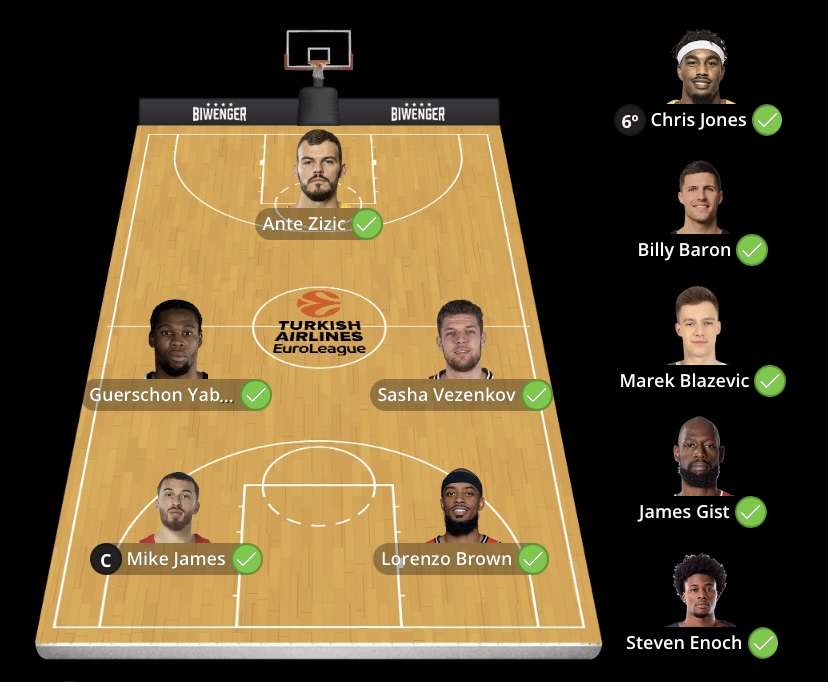