Two rounds to go until the end of the regular season and it’s time to evaluate where the 19 EuroCup teams stand in regards to their performance.

The 7DAYS EuroCup regular season enters its final two laps and the playoffs picture is starting to become clear. Two tickets remain up for grabs, both in Group B, and the battle for the final placement is heating up

With the new playoffs format approaching, it’s time to rank all 19 teams again in regards to their recent performance and their possible projection for the one-off games which will follow in April. 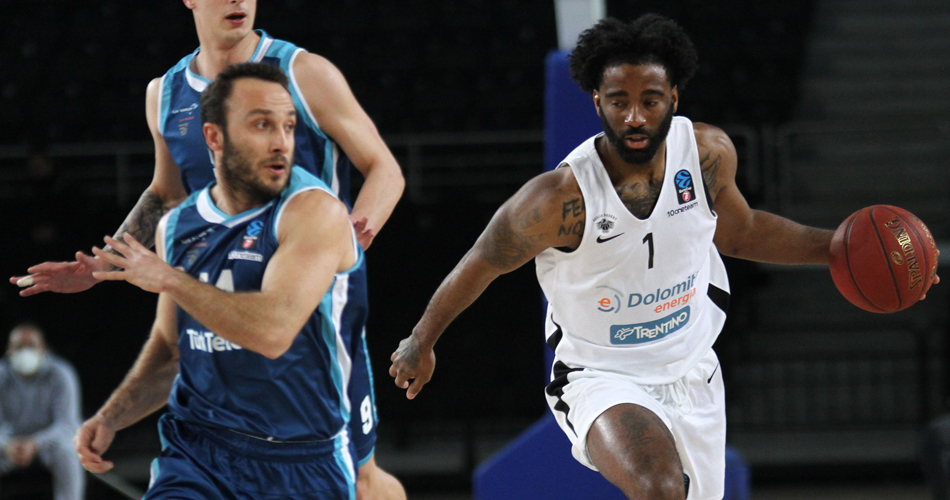 The season didn’t live up to Trento’s expectations and the elimination from the playoffs was inevitable. Jordan Caroline and Cameron Reynolds were a glimpse of hope through this tough season and have helped their team fight for their pride in the last handful of games. Better luck next year! 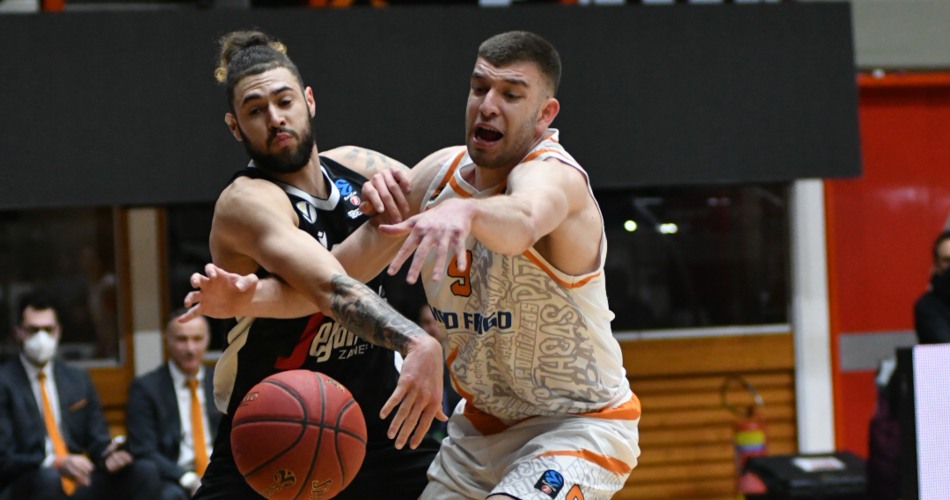 Promitheas’ defeat to Virtus Bologna last week was the last nail in the coffin for the Greeks, who got eliminated from playoffs contention. On the flip side, the evolution of 20-year-old forward Nikos Rogkavopoulos (20 points vs. Virtus) is the big takeaway that Promitheas can work on for the next season. 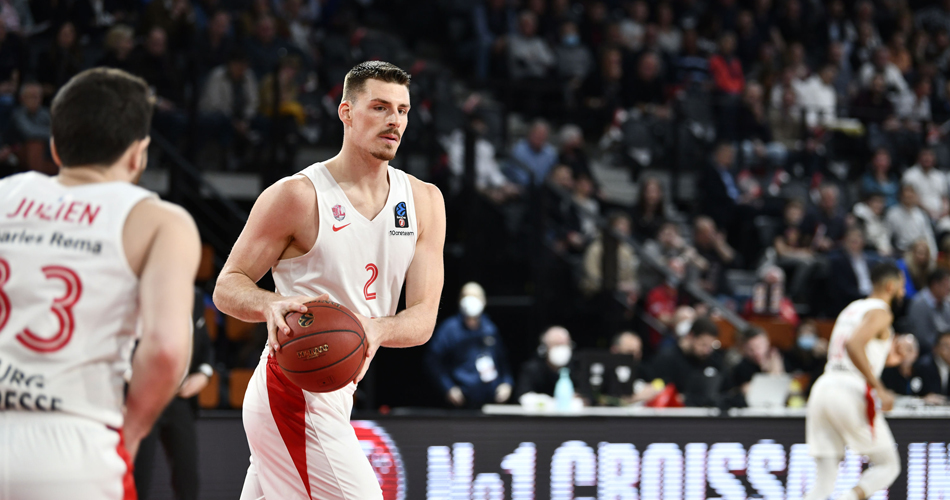 Bourg typically remains in the playoffs race but will have to beat both Buducnost and Virtus in the last two rounds, as well as the tiebreaker, in order to hope for a playoffs spot. For sure it will be a challenge for the French team, yet they only lost by just 4 to Buducnost and by 1 to Virtus in their previous meetings. Chances look slim, but they still exist. 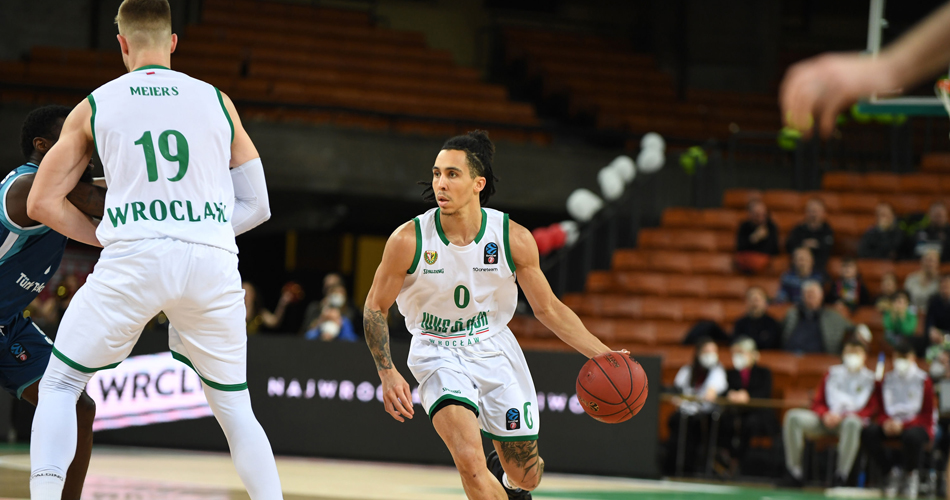 Fluke or not, Slask has made it through the playoffs after beating Trento in Round 14 and separating itself from the bottom of Group A standings. After a 13-year absence from the competition, the most decorated Polish club has advanced to the playoffs for the first time in modern EuroCup history with scoring ace Travis Trice leading the way. Before that, they will once again be put to the test against two strong Spanish clubs, Joventut and Andorra, to prepare for the next round. 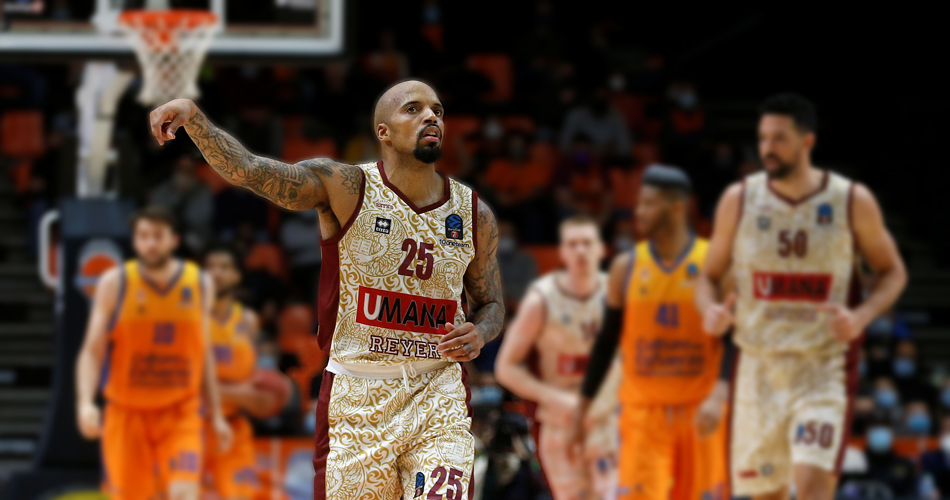 Jordan Theodore’s arrival to Reyer made the omens look good for the remainder of the season… until they weren’t. For the moment, the Italians are playoffs-bound and are called to snap a four-game skid against Promitheas before heading to Gran Canaria for the regular-season finale. Despite last week’s defeat to red-hot Cedevita, Reyer had guard Victor Sanders scoring a season-high 24 points on 7-of-12 threes. Once utilized correctly, he can be a game-changer. 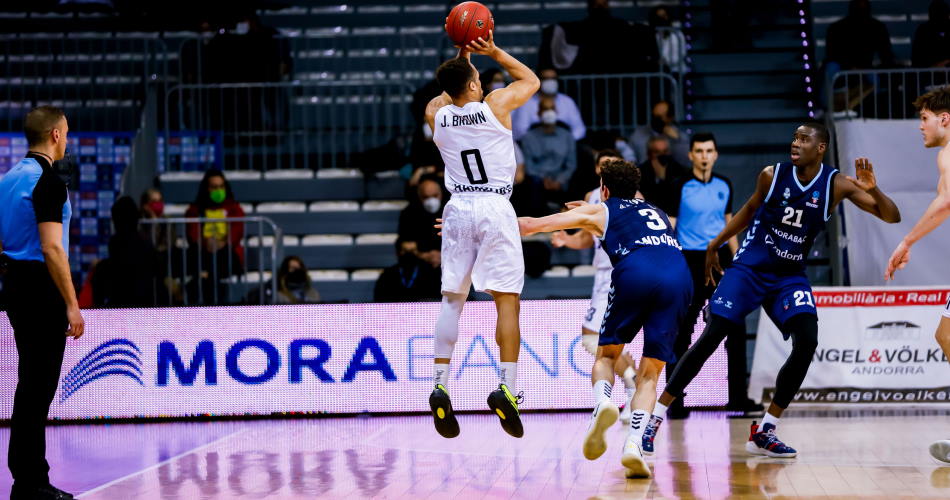 Hamburg may be placed seventh in Group A, but they have a solid record on the road (3-4), proving that they can be a dangerous team to face in a one-off series like this year’s playoffs. Last week, they got the job done against Slask to separate themselves from the pack. And to their advantage, they still have three games to play. Two of them at home (Trento, Lietkabelis), and one on the road against Turk Telekom a team they crushed by 20 points in Round 9. Although at this point it looks like they won’t clinch home-court advantage, every win counts to prepare this young squad for the challenge of the playoffs. 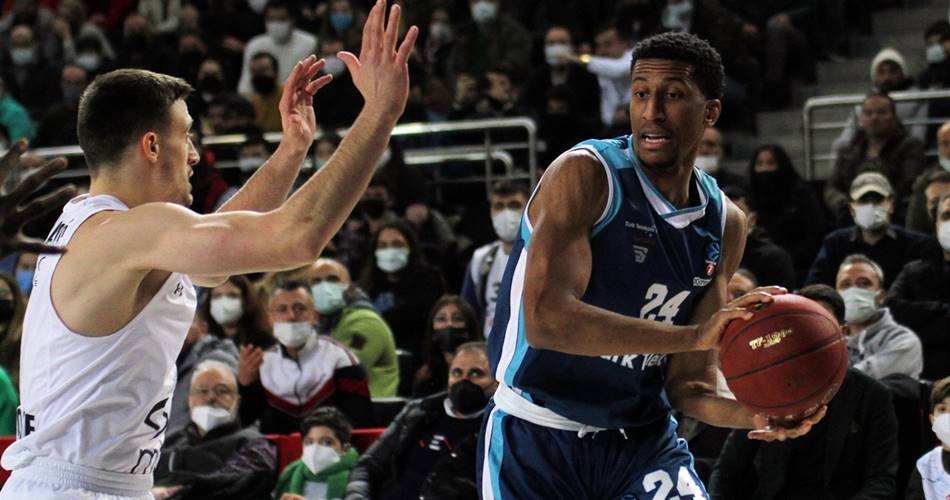 Last week already-eliminated Trento shook the waters in Ankara, leading the game by 8 in the third quarter, yet Turk Telekom recovered to snap a three-game skid (mostly at home) to also advance to the playoffs. Aubrey Dawkins scored 15 of his 17 points in the fourth quarter and the Turkish team avoided a big upset that would put them in a tough spot. Still, the road won’t be less difficult for their last two games, as they will face scoring threats Lietkabelis and Hamburg Towers – two teams that are active in the fight for better placement in Group A. 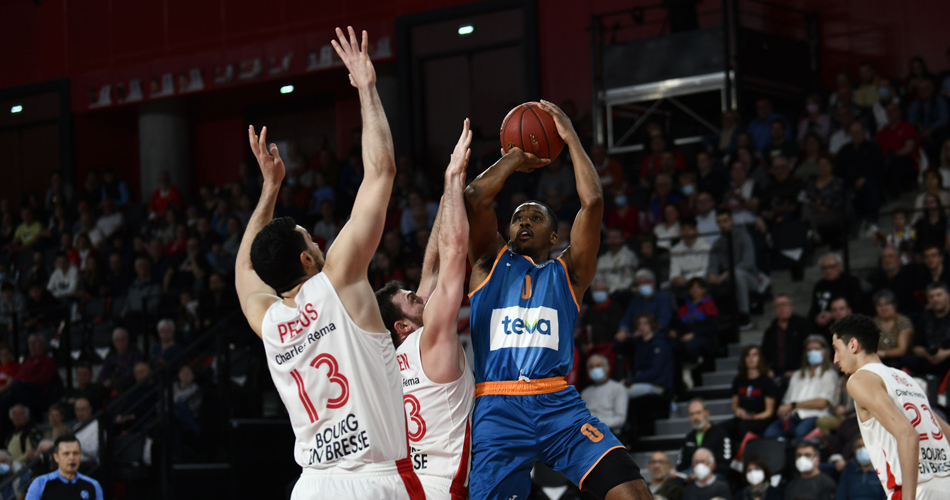 However unpredictable, Ulm beat Bourg to seal a ticket to the next round last week and even challenged Group B leaders Gran Canaria at home in Round 15 (93-94). Now the big bet for Jaka Lakovic’s team is to find a good placement in their packed group, which will greatly depend on their Round 17 game against Bursaspor at home. If big man Cristiano Felicio can get healthy, it would be a big boost for Ulm. 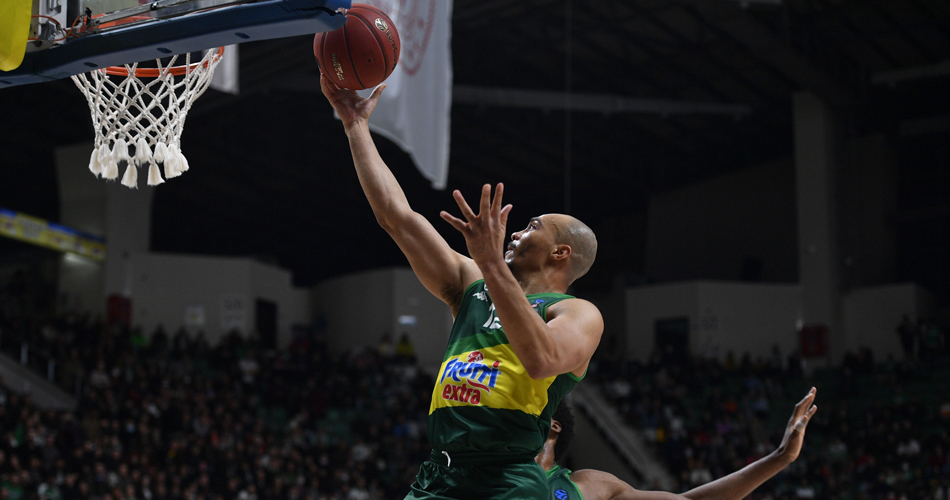 No Allerik Freeman, no problem for Bursaspor. Losing your top scorer in the middle of the season definitely is a huge blow when you’re fighting to enter the playoffs, though Bursa has gone against the grain. They went on a three-game winning streak and the cherry on top was a victory against Valencia last week at home, powered by David Dudzinski’s season-high (23 points) and the always reliable Andrew Andrews (23 points). 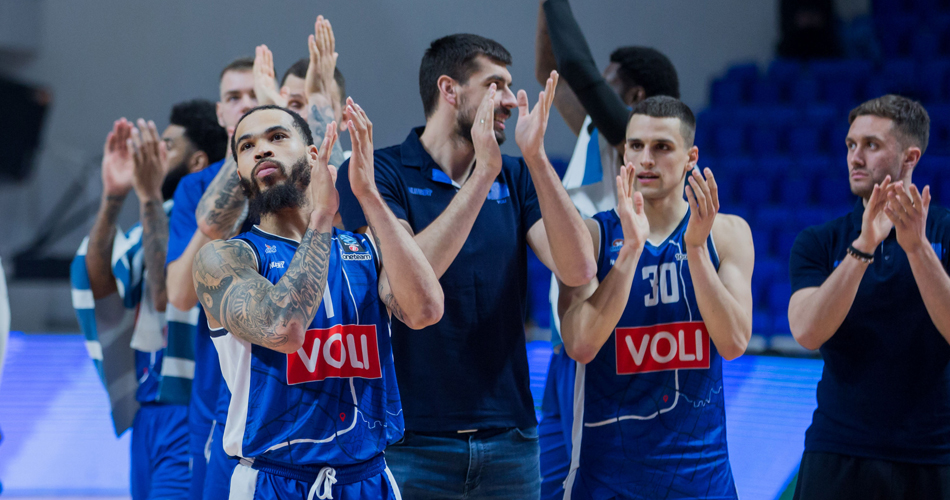 Things may not be looking as bright for Buducnost at this point of the season, but we have to bear in mind that they suffered defeats by three teams that were or still are red-hot in the recent weeks (Cedevita, Reyer, Gran Canaria). What matters now is to reach the double-digit win mark to seek home-court advantage. Playing against Bourg at home this week can be the turning point to bounce back. 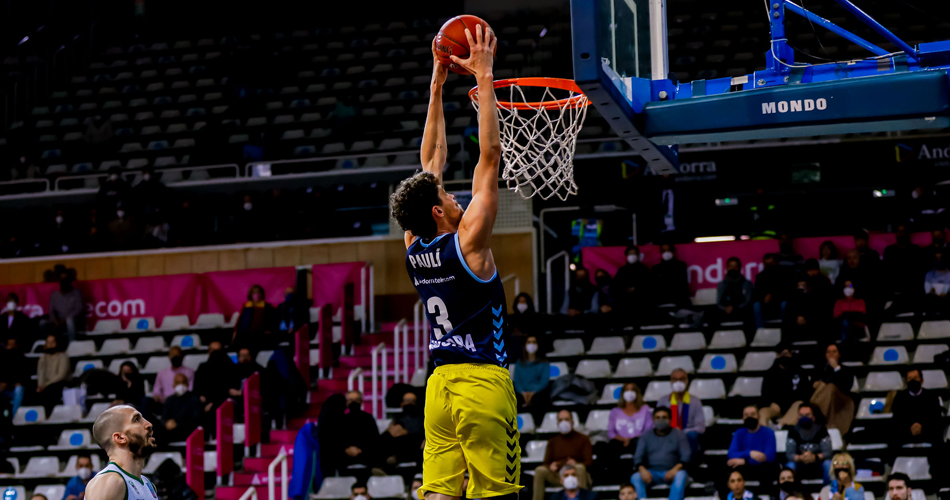 The rise of guard Oriol Pauli is just an example of Andorra’s consistent presence this season. Pauli led his team to victory in the Spanish derby of Group A in Round 14, beating Joventut by one at home and now they are tied with Boulogne Metropolitans 92 for the third spot. The picture will become clearer this week, as those two teams clash again in Andorra. The hosts will only have to cover a seven-point deficit from that game to surpass the French team in the standings. 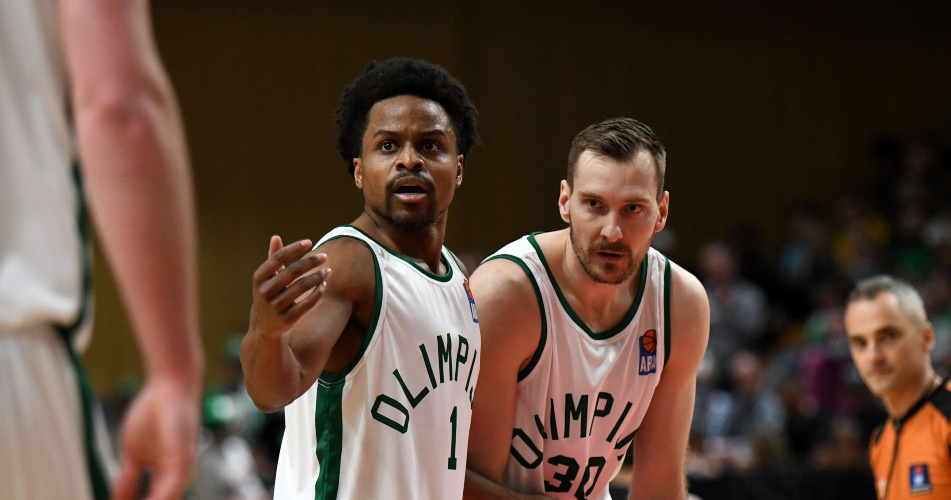 No team is on a hotter streak than Cedevita, which finally stepped up at the most crucial part of the season, making its way up to a three-team tie for third place in Group B. As if that wasn’t enough, Cedevita is scoring at an average rate of 97 points in the last five games, all wins. Six players are leading the Slovenian side with double-digits scoring, and it gets more impressive when the two of them are mid-season additions (Yogi Ferrell 15.8, Zoran Dragic 10.8). 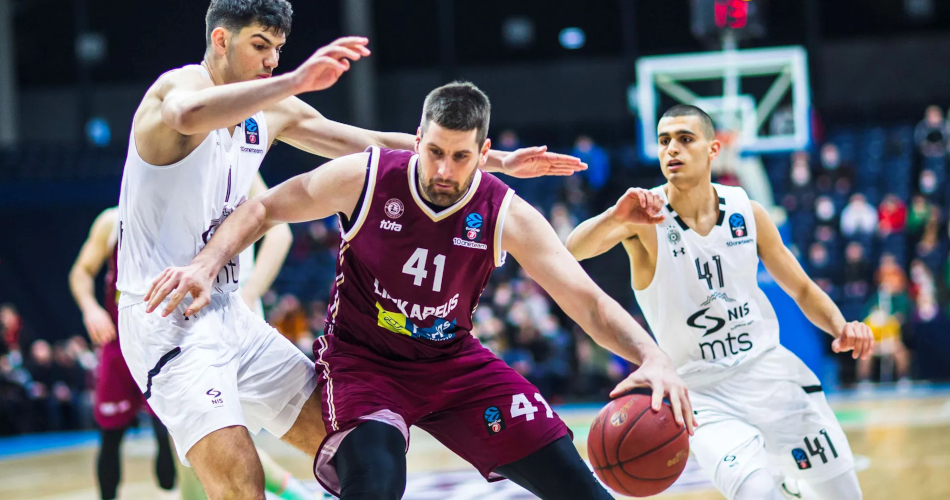 The only way for Lietkabelis is up, and when they can impose their fast, high-scoring game, it’s all looking good. Gediminas Orelik, Panagiotis Kalaitzakis and Djordje Gagic are the driving forces behind the team’s success. On a solid night, they all are scoring threats. In recent weeks, the only trouble Lietkabelis has been faced with was Joventut’s tight defense, a game in which they only scored 50 points – their lowest total of the season. Despite this hurdle, they have won four of the last five games and are in the hunt for home-court advantage. In order to get there, though, they still have three big games to play, against Turk Telekom, Hamburg and Boulogne. 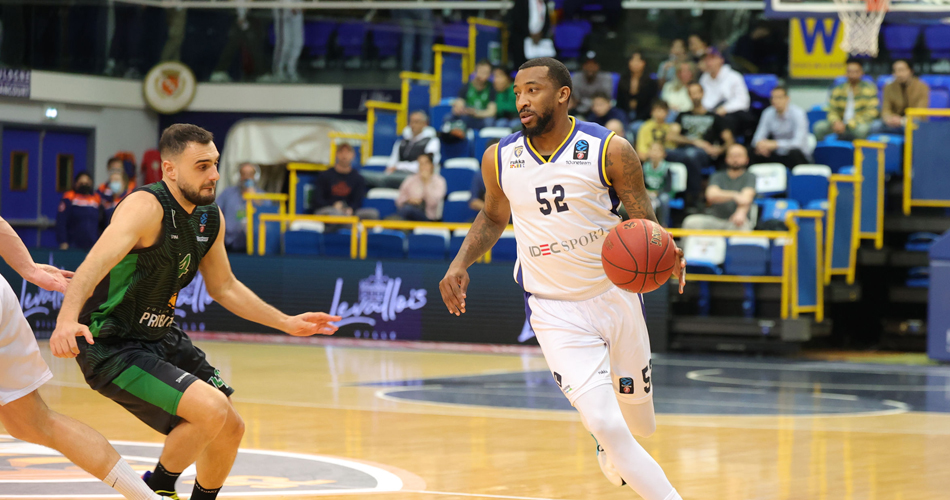 The return of Jordan McRae to action was probably just the missing piece to elevate Boulogne’s offense to new levels. He scored a season-high of 24 points against Joventut Badalona to complete the Metropolitans’ nearly perfect look. Adding to that the always solid Will Cummings and providers Tony Crocker and Tomer Ginat, Vincent Collet’s squad has many gems which should not be overlooked. 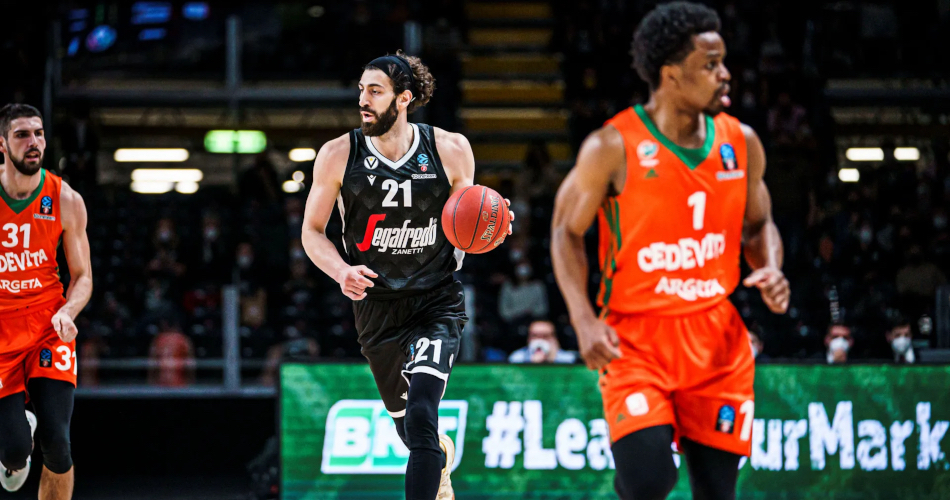 An already solid and deep roster became even stronger in the recent weeks with the additions of Daniel Hackett and Tornike Shengelia, just in time to be incorporated into the team before the playoffs start. Mam Jaiteh’s rise in the wake of absences has been a big relief for the Italian side (three double-double games out of the last five), while Isaia Cordinier is finally looking in top form, coming from a season-high performance against Promitheas (22 points). The return of Milos Teodosic to action was also a key to Virtus getting back on track and finally, they are beginning to show their full potential.

Valencia keeps grinding and doing its part to reach its goal – which ultimately is to return to the final this year. Having won seven of their last ten games, this goal seems viable and is justified when looking at this team’s roster depth. The season-ending injury to Klemen Prepelic, who took the big shots when it matters the most, will require others to step up, but this team is packed with talent and experience. Their defensive gaps are filled by their incredible offense (second-best in the competition), which will be put to the test against top-scoring Cedevita this week. The stakes are high – and the score will likely be so, as well! 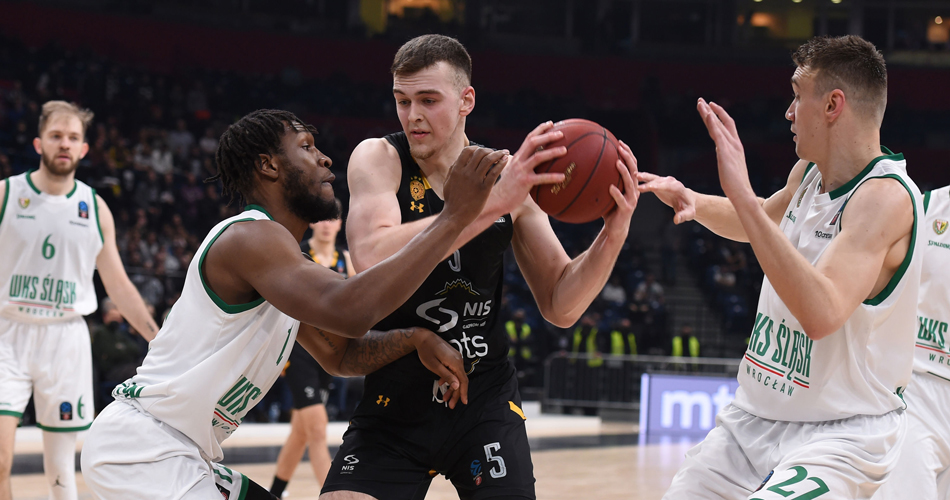 Partizan’s “youth experiment” is working out for the most part, as Yam Madar and Balsa Koprovica begin to earn bigger roles in the rotation and, in exchange, contribute on both ends. Their impressive development is the base on which Partizan is working, backed up of course by veteran leadership from Kevin Punter, Zach LeDay and mid-season addition Mathias Lessort. While Zeljko Obradovic’s team remains undefeated at home (8-0), they still struggle on the road with a 3-4 record. The chance of taking the home-court advantage for the entire playoffs still exists, though. 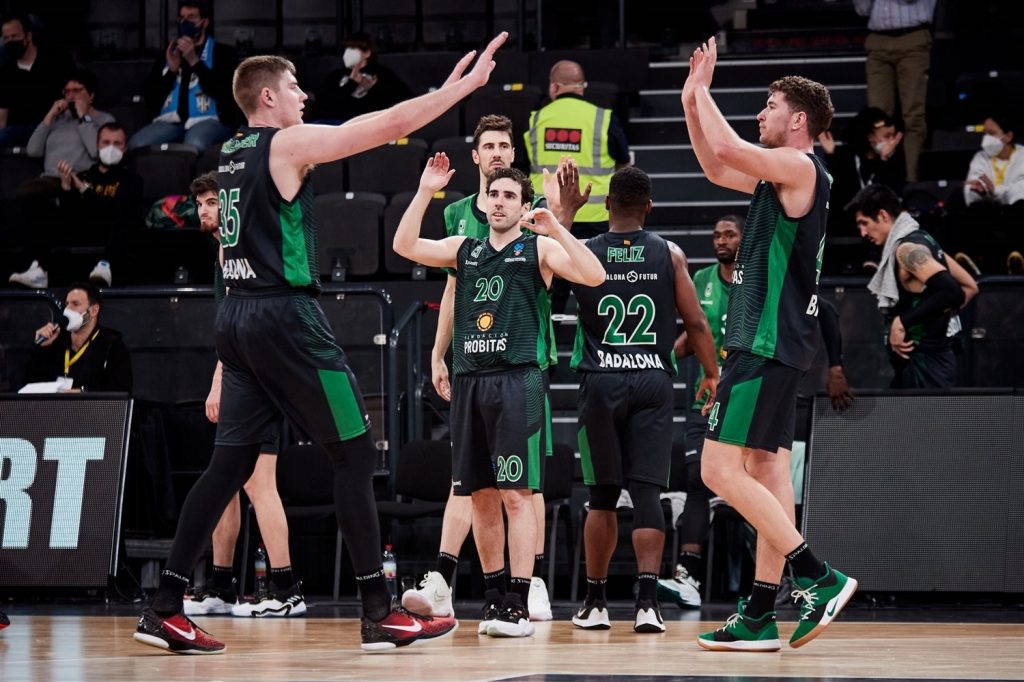 Joventut will play its last game of the regular season this week against Slask at home with a chance to redeem themselves for a rocky last few weeks in which they went 1-2 on the road. All it takes to clinch Group A is a win and to use their steel-hard defense against a team that has shown that it can be quite unpredictable. 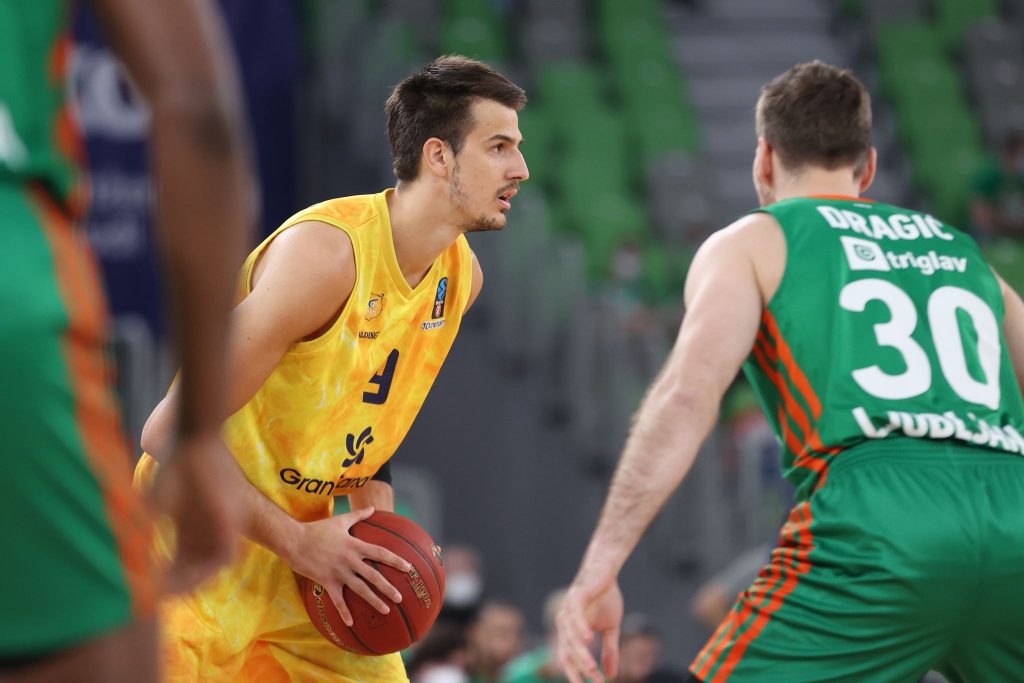 Last week, Gran Canaria became the first team with 12 victories in the competition, winning a showdown against Buducnost (84-64), powered by youngster Aleksander Balcerowski. Balcerowski is a center that shoots 41.2% from the three-point line, adding more firepower to GranCa from the perimeter. John Shurna’s return after three games also bolstered the squad and Dylan Ennis remains the leader with the “hot hand” when his team needs him the most. To top it all off, GranCa (8-2 in their last 10 games) is solid both at home and on the road, going for 6-2 in both cases, which is a great advantage at this point of the season.