BCL quarterfinals – Cluj vs Ludwigsburg: The clash of storylines

The Basketball Champions League is entering the final stage of the season with eight teams left to fight it out for the trophy.

U-BT Cluj Napoca, MHP Riesen Ludwigsburg, BAXI Manresa, Unicaja, Hapoel U-NET Holon, SIG Strasbourg, Lenovo Tenerife, and TOFAS are the names that have secured a ticket for the quarterfinals and the draw has treated the fans with very interesting matchups.

The quarterfinals will start on April 5th this season and will be played in a best-of-three format with, of course, the higher-seeded teams having the home-court advantage.

Eurohoops has taken a look at the bracket and introduces the most important facts to know before tuning in to the action.

The game to tip off the quarterfinals is the duel between Cluj and Ludwigsburg, and the streak of previews starts with them.

Story of the season

When it comes to the storylines and unique runs in the Basketball Champions League, Cluj and Ludwigsburg definitely take the cake from other teams that reached the quarterfinals.

And it has been a very interesting season in BCL when it comes to the lineup with many newcomers and returnees to the competition.

None of them surprised the watchful eyes as much as Cluj Napoca did.

Cluj made its debut in the competition and went on to win the groups in both the regular season and the Round of 16 with 5-1 and 3-1 records respectively.

Hapoel Holon, Darussafaka, Unicaja, Oostende – all of them got outplayed by Cluj and two of those names are potential opponents for the Romanian team in the Final Four.

Speaking of Romania, Cluj is also the first team from that country to reach the quarterfinals. A total of 11 countries had that honor.

They fought against the odds, wearing the underdog mantle the whole time and they will probably wear it once again when they face Ludwigsburg. 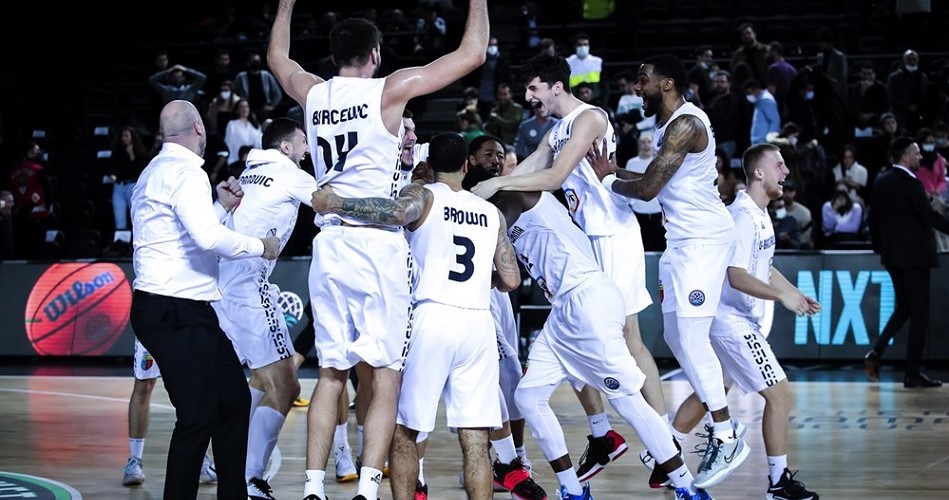 The German team has returned to BCL after a two-year hiatus and they just continued as if they never left.

When one takes a look at Ludwigsburg, there’s no choice but to go further into the past as the team has been a long-term project all the way through.

This era for Ludwigsburg started in 2013, with the naming of John Patrick as the head coach.

The coach has been in charge of the team since and with both sides being happy with each other, the long-term relationship established a well-working system that will continue even when the people in it change.

And their system is based on youth development, something that BCL has been trying to promote since its beginnings which also makes Ludwigsburg a perfect story for the competition and should be a model for most of the teams on the Old Continent.

Coach Patrick was invested heavily into the youth squads, primarily due to his sons Johannes and Jacob being in the team but he kept an eye on all the talents and it eventually led to a seamless transition to senior basketball for a number of them, including the Patricks.

That mindset brought Ludwigsburg back to the BCL and they’ve instantly set themselves apart, aiming to repeat or achieve even more than 4th place in 2018 when Patrick was named the Best Coach. 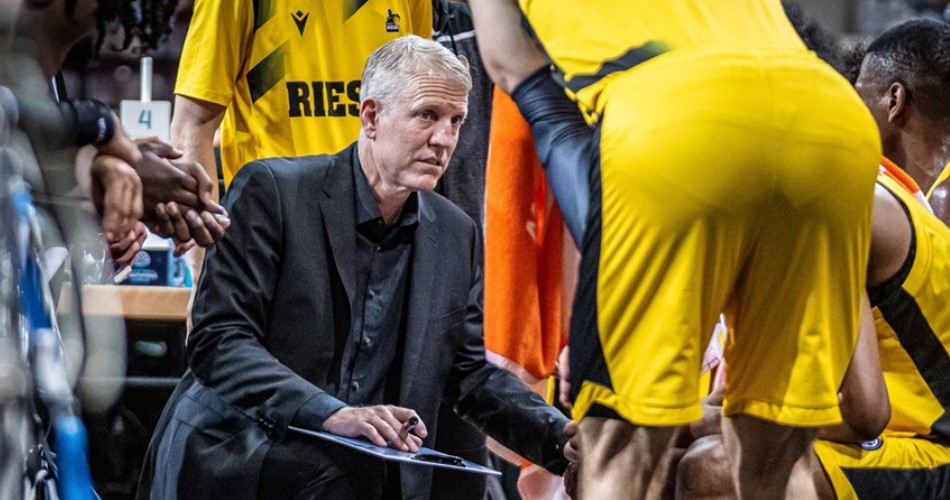 The teams that reach this deep into a competition, usually have a lot going for them and it’s rather hard to differentiate them statistically.

However, there are also some outlying numbers in at least one stat category that becomes the epithet of a squad and describes their style of play fairly well.

For Cluj, one can already see it in the most basic stat – the points. The Romanian team has been playing really fast throughout the whole season and they have definitely not been afraid to play a scoring game against even the toughest of opponents.

They are the only team that qualified for the quarterfinals this season while scoring and conceding 80 or more points on average.

In fact, they managed to bank in more than 100 points multiple times this season and they are ranked 2nd in points per game across the competition, with 84.3 on average.

Meanwhile, the Ludwigsburg squad has set itself apart with rebounding.

That is a margin convincingly above any other team in the competition and especially among the teams that have reached the quarterfinals.

And the most dangerous thing about them is that those are not just some empty rebounds. They have scored 15.6 points per game in second-chance situations, more than any other team in the league this season.

Keeping it fairly simple, giving a shoutout to the leaders of both teams in the flashiest categories but also keeping in mind some names that might step up (un)expectedly and tip the scales with a one-time explosive display.

When it comes to Cluj, since their trademark is to score, score, and score – Brandon Brown, Patrick Richard and Elijah Stewart have to take the front seat.

They lead the team in scoring with 15.3, 15.2 and 14.4 points respectively and they also take the most shots from deep. A total of 18 three-point shots combined per game.

There is one more payer that is not afraid to ‘fire’ from the three-point line in Stefan Bircevic who could be the first (of the two) X-factors for Cluj. He may not have had an impressive winning-it-all record in clubs but he does have a lot of experience when it comes to winning with the national team.

Bircevic was a part of the Serbian national team which won silver at the 2014 World Cup, the 2016 Olympics, and the 2017 EuroBasket. The so-called ‘Silver Generation’ was coached by Aleksandar Djordjevic and although Bircevic wasn’t a key player on the stacked teams of Serbia, he was a constant in all those competitions and that experience might wake up a fiery performance when Cluj needs it the most.

The other X-factor will be Karel Guzman who already showed that side to him in BCL this season. After scoring 23 points total in five games, he exploded for a 26-point performance against Darussafaka.

He also had seven boards, five assists, four steals, a block, and 37 PIR in 30 minutes. He became the second player in competition history to combine 25+ points, 5+ boards, and 5+ assists in a single game. One more display like that could send Cluj to the throne.

On the other side, two players in Justin Simon and Jonah Radebaugh led the way.

Meanwhile, Justin Simon contributes with 14.7 points, eight rebounds, 2.1 steals, 1.6 assists, and 1.1 blocks. He leads the team’s rebounding prowess and he adds 2.7 offensive boards to the effort. He and Yorman Polas Bartolo (2.3 offensive boards per game) led the charge in that area.

Speaking of Bartolo, he is the first X-Factor for the team. The second one would be Tremmell Darden. Despite, or exactly because, of such a young team, these two veterans (36 and 40 years of age respectively) could be the crucial voice in Ludwigsburg.

The three-time (2018, 2019, 2021) German League best defender in Bartolo coupled with Daren who played for four years in Euroleague and won eight trophies throughout his long career across six countries.

When push comes to shove, the experienced players are the ones that hold the most value and these two have what it takes to guide Ludwigsburg to the Final Four.