Eurohoops presents the first edition of the 2022-23 EuroLeague MVP Ladder.

Seven rounds into the 2022-23 Turkish Airlines EuroLeague Regular Season seems like the right time to evaluate and rank the five players who have shown the best MVP potential among their peers.

Even though it’s early, there are some standout players already who are definitely the creme of the crop so far, considering both their individual numbers, how much their teams are winning, and how much these ballers have contributed to these victories.

As players also like to remind themselves (and they should): The EuroLeague is a marathon, not a race. The following five players have a head start but, ultimately, the determining factor in who will become the MVP will be the playoffs and which teams actually make the Final Four. 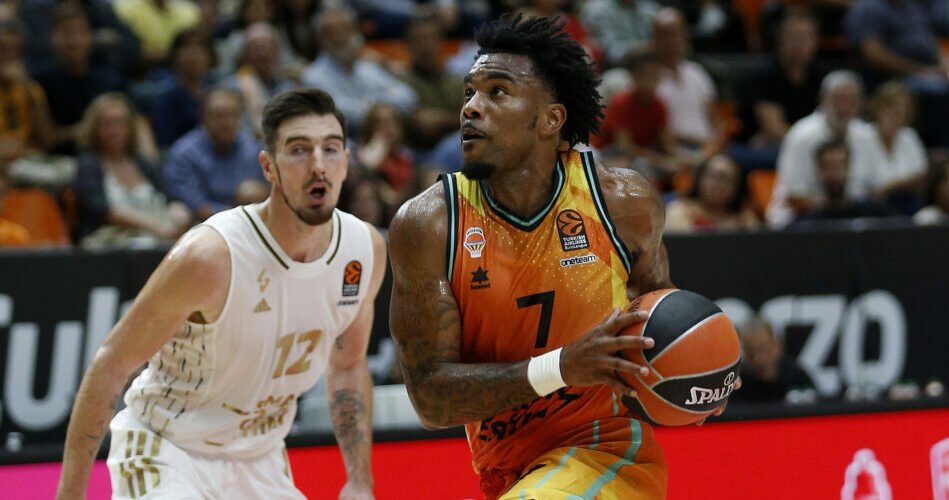 It was a close call between Chris Jones and Maccabi Playtika Tel Aviv star guard Lorenzo Brown for the fifth position on our first MVP Ladder of the season. Ultimately, what ruled in Jones’s favor was the fact that his team registered a couple of more impressive wins (Efes and Olympiacos on the road) than what Maccabi has managed so far and the Valencia guard had a significant role in these triumphs.

You can’t argue against Jones scoring 10 points in the last 7 minutes of a stunning comeback against Olympiacos while hitting the three winning free throws amid deafening noise from 9,000 screaming fans. He was well-prepared after draining a pair also at Efes with the same result and after he delivered a career-high-tying 8 assists with only 1 turnover.

Jones had his top performance (a statement career-high 27 points) against a Monaco team that was 5-1 before facing Valencia. He’s been priding a superb 60.2 percent True Shooting while he provides in multiple statistical categories. He’s the reason Valencia is 4-3 and the most deserving pick among teams with that record.