After two excellent seasons with Zalgiris Kaunas, Kevin Pangos is now a resident of Barcelona and a player for one of the biggest clubs on the planet!

The Canadian guard will be playing in the colors of Barcelona for the next two years, “cashing in” his decisive performances in Sarunas Jasikevicius’s team, which he led to big successes.

Eurohoops presents Kevin Pangos’s course on the courts so far, and looks at how his career took off and how his stocks in Zalgiris got him to Barcelona. 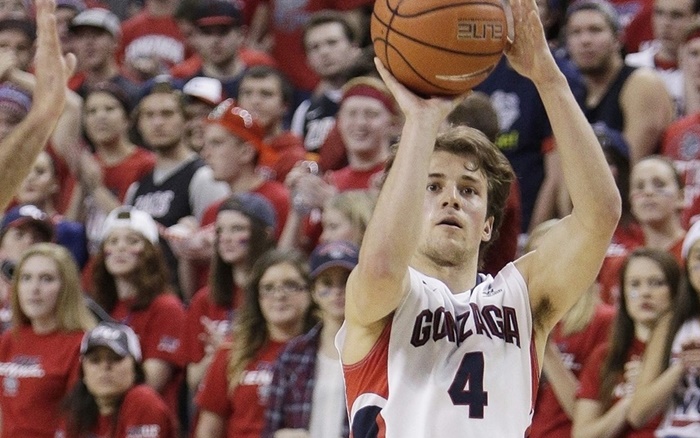 Kevin Pangos went to college at the age of 18, and, in fact, one of the most important ones in American basketball, Gonzaga. His first season (2011-12) was good but he still hadn’t exploded as a player, averaging 11.5 points, 3 assists and 1.5 rebounds.

The Canadian guard’s second (2013) and third years (2014) at Gonzaga were exceptional based on numbers but also performances. In the 2012-13 season, Pangos was truly unstoppable for his opponents, with 17.5 points, 5 assists and 2.5 steals while at the same time shooting 38.1% from the three-point line, skyrocketing his stats.

In his junior year in college he was even better, proving that he was ready for big things from a young age as, aside from his numbers that were even better (19 points, 45% in three-pointers), he proved that he’s just as good at distributing the ball but also executing.

It was a given that 2014 was going to be his last season in Gonzaga and college basketball, since he was ready to play against professionals and not only be competitive against them but prove that he can become one of the best.

Pangos bid farewell to his college with 12 points, 2.8 assists and as many rebounds, and now a big career in Europe was opening up ahead of him.

Introduced in Europe via Spain 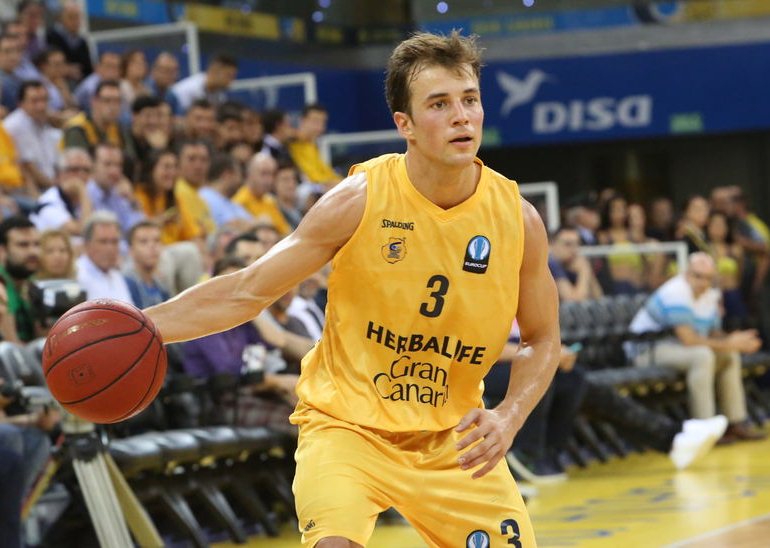 Pangos’s performances in the colors of Gran Canaria were excellent, keeping in mind we’re talking about a young player who was playing in Europe for the first time. In the Spanish league, he proved he was one of the best playmakers of that season, averaging 11.5 points, 4.8 assists, 2.2 rebounds, 0.8 steals and 42% in three-point shooting in 33 games.

In his team’s European commitments, he was once again, just like in the ACB, one of their best players, as he had 11.9 points, 4.6 assists, 1.9 rebounds and 51.2% in three-point shooting in 19 games, proving he’s a EuroLeague-level player and in fact a leader.

His stay in Spain only lasted one season as, in the summer of 2016, Sarunas Jasikevicius’s Zalgiris Kaunas came knocking on his door and got his signature, bringing him at the highest level of European basketball and appointing him the leader of their backcourt.