France had a representative in the two first Basketball Champions League Final Fours and relies on Nanterre 92 for the hat trick.

What a Basketball Champions League campaign it has been for Nanterre 92? The French club started in the third qualifying round and eliminated Karhu just to get to the Regular Season. Group B was no piece of cake with the playoffs spot being secured on the 14th and final Gameday of the Regular Season after the victory against UNET Holon. Nanterre wasn’t considered the favorite against Besiktas Sompo Japan, but advanced and on Wednesday gained an eight-point advantage over Segafredo Virtus Bologna.

“What the players have done in the last four Basketball Champions League matches is extraordinary” Pascal Donnadieu said, but we will take a step back and remind that the team from a western suburb of Paris isn’t a stranger to European success. Nanterre won both the EuroChallenge in 2015 and the FIBA Europe Cup in 2017. The first triumph came during its second European campaign after its EuroLeague and EuroCup 2013-14 season. A EuroCup Regular Season run came ahead of the FIBA Europe Cup Championship and a BCL Round of 16 appearance marked its first season in FIBA’s premier competition.

Domestic competitions brought glory as well. In 2013, Nanterre was crowned Champions of France. In 2014 and 2017 the club won both the French Cup and the French Super Cup. Not bad for team that was promoted to Jeep Elite competition in 2011. However, the 2018-19 campaign might prove even better with its 15-8 W-L record good enough for third place in the French League and a Champions League Final Four berth just around the corner.

Against Besiktas, the French side gained a nine-point advantage at home and not only held in the reverse leg but swept the home-and-away series with a victory by a two-point margin in Turkey. A similar situation is ahead following the 83-75 win versus Virtus Bologna, which was Sasha Djordjevic first defeat as the head coach of the Italian club. Next Wednesday’s match at the PalaDozza is the last obstacle before a possible Final Four appearance. 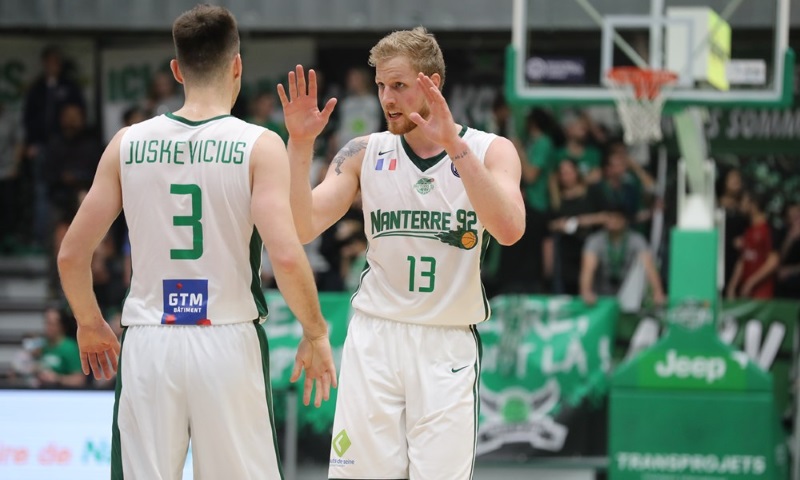 Haukur Palsson was one of the five double-digit players of Nanterre in the first leg. Following the Quarterfinals contest, the 26-year-old Icelandic forward pointed out: “I talked about it with my teammates. I don’t like to think about the eight-point advantage. It’s halftime. Eight points against a team like Bologna is nothing. Especially going there.” Donnadieu, the head coach, added: “We played a big match heroically. We were effective tactically, but eight points is a slim lead ahead of the away game.”

Virtus Bologna might still be considered able to go through according to the Nanterre speakers, but the French club has already proven it could take care of business on the road. The team has prevailed in five out of its nine away games in the 2018-19 Basketball Champions League season and carries a 4-7 W-L record on the road in the highly competitive Jeep Elite.

Donnadieu, 54, hopes his team continues on a high note at Italy, but is surely happy with his players’ performance in the first leg. “Everybody was heroic. Demetrius Treadwell and Julian Gamble did a great job dominating the paint. We’ve been good shooting threes, but preferred another route versus Virtus Bologna.” His player, Palsson, mentioned: “It’s a good win. It’s great that we won. We played well, but we just need to think like it’s 0-0.” 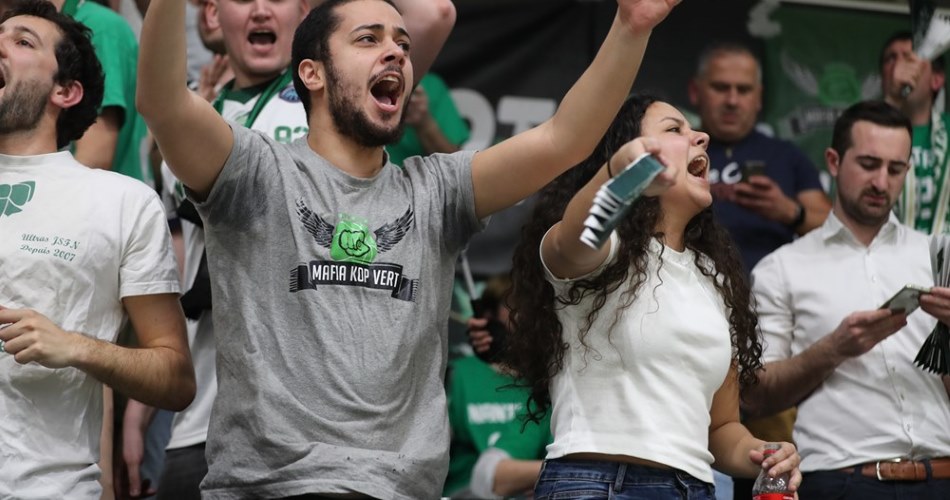 If the French side ultimately advances to the Final Four it is expected to be among the candidates to host the top teams of the BCL 2018-19 season in May. Palsson certainly hopes this is the case, because he adores the Nanterre crowd. “I love it when our crowd is like this. I came here to watch a game when I was in Pro B and I loved it. There was a lot of noise. They were like our sixth man on the court” he said after the win versus Virtus Bologna.