Journalists from the 32 World Cup countries give their predictions

The results of a survey among 78 journalists from all 32 countries represented in the 2019 FIBA World Cup.

Eurohoops was among the participants in RunRepeat’s survey on the 2019 FIBA World Cup. Dimitrije Curcic rounded up the predictions from 78 journalists of all 32 countries set for World Cup action at China on the national teams that will win the medals, play the best offense and defense, produce the biggest surprise and disappointment, earn the MVP honors, score the most points, grab the most rebounds and dish the most assists, make the All-Tournament Team.

Only 5 teams are projected to compete for one of the medals, according to journalists. Despite major problems with star player withdrawals, the USA is still a clear favorite to win it all (53.8% of the first-place votes). Serbia seems to be the only serious contender for the gold with 38.5% of the votes. 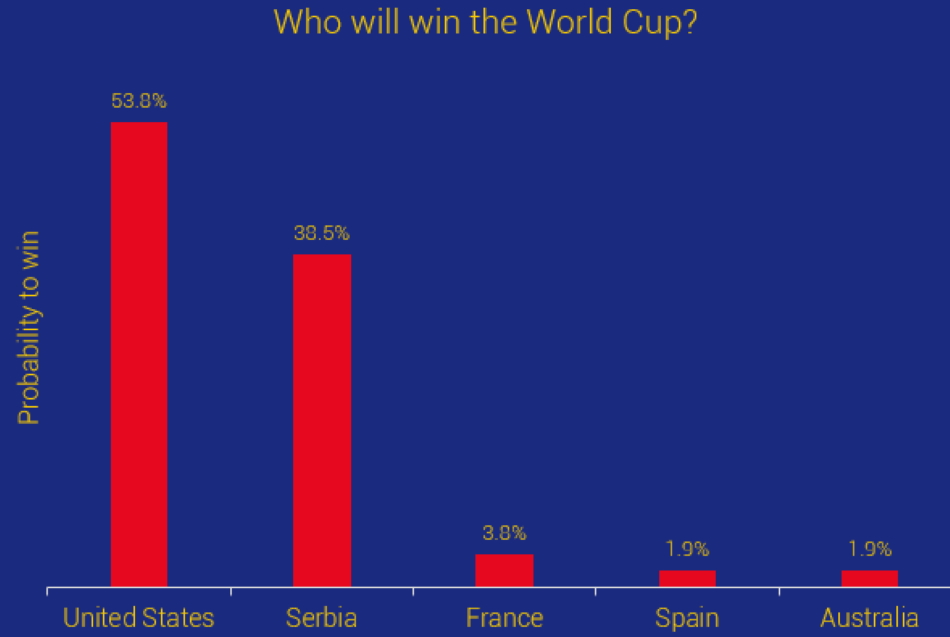 The Serbian national team has the best chance to get into the finals with the USA and win a silver medal. Aside from the two, Greece and France appear on our journalists’ list as possible contenders. 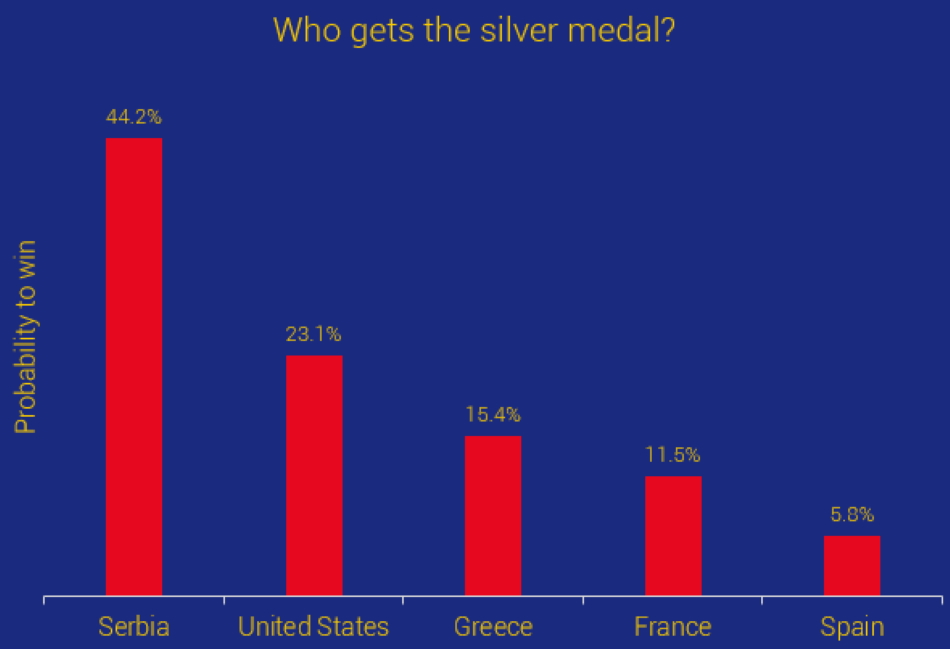 Giannis-led Greece has the best chance to claim the 3rd spot in the tournament. 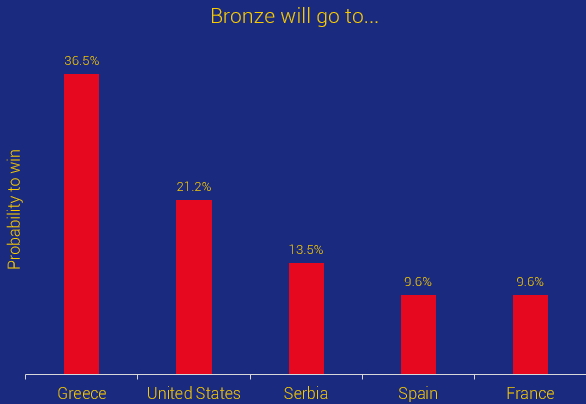 Our experts didn’t have any doubt that the USA will have the best offense in the World Cup. 84.6% of the votes went to Gregg Popovich’s team, and the only serious contender for the best offense is Serbia with 11.5%. 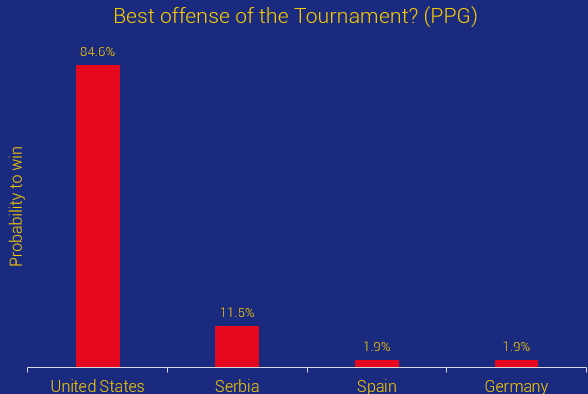 Serbia will be the tallest team in the tournament with an average height of 2.06 meters (6’9’’), and it will be very hard to score over that much length and size. France’s defense is led by the reigning defensive player of the year in the NBA, Rudy Gobert, and Greece will have a player who finished third in the DPOY voting (Giannis Antetokounmpo). 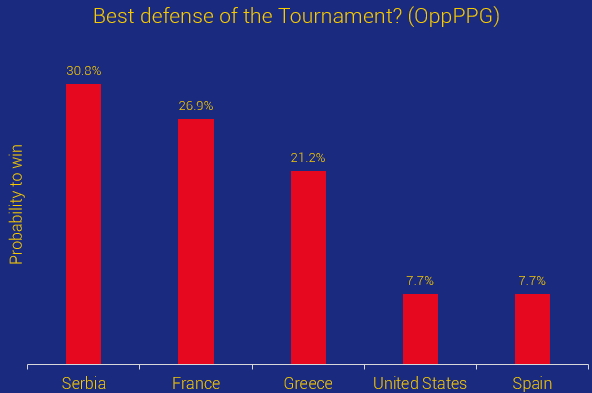 Led by Al-Farouq Aminu, a new Orlando Magic player, Nigeria’s national team ranks high in our experts’ eyes. Nigeria is expected to be the biggest positive surprise of the World Cup, followed by Argentina, Brazil, and Australia. 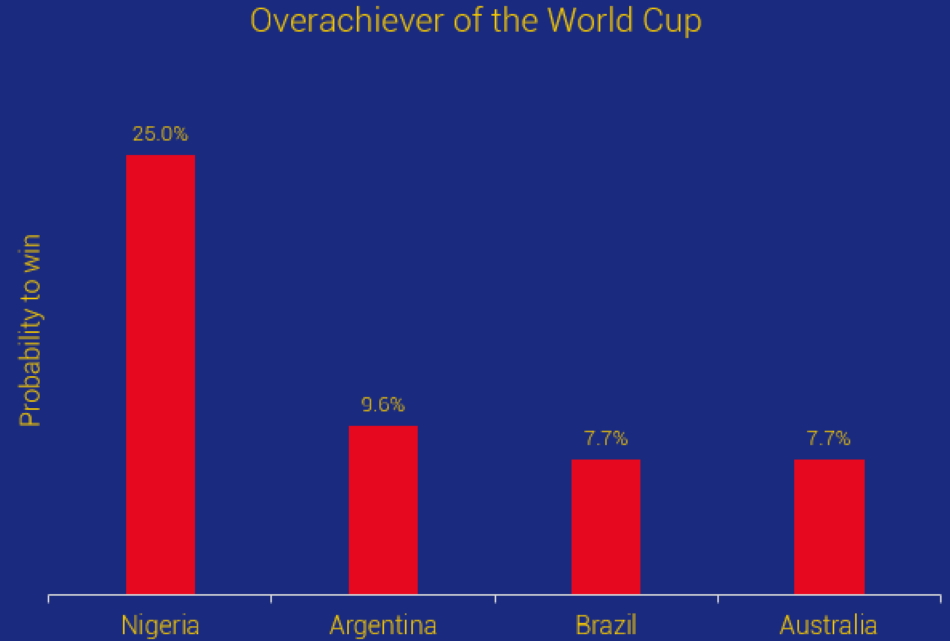 On the other hand, Spain is projected to be the biggest disappointment in China, along with Russia, France, and Italy. 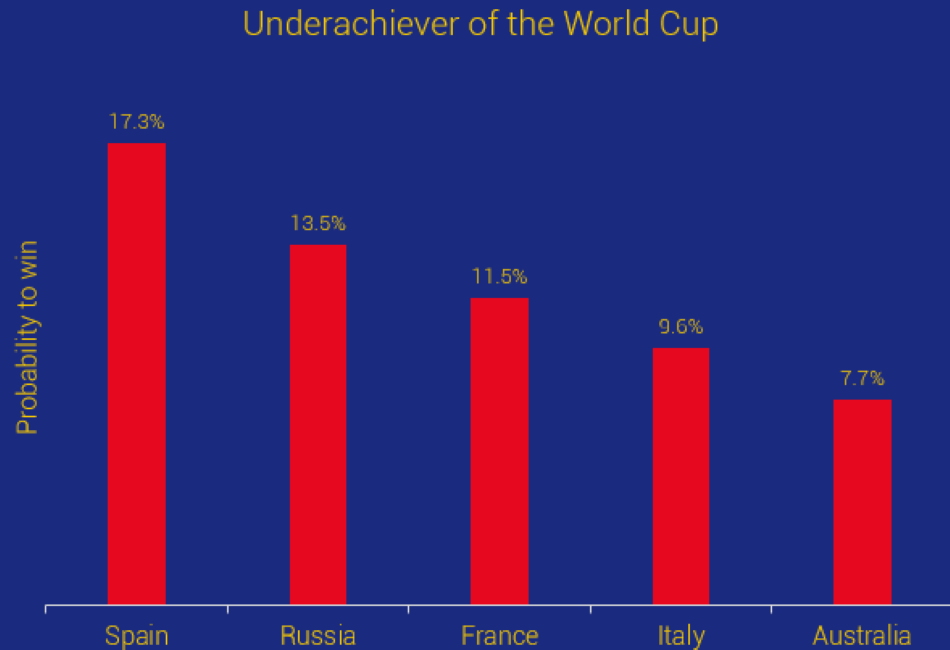 The mixed votes that France and Australia received are interesting. Maybe Australia’s surprising victory over the USA a few days ago contributed to these mixed results.

Giannis Antetokounmpo is a clear favorite among the journalists to win the scoring title in China. He’ll face the biggest competition in Bogdan Bogdanovic (SRB), and 3 Americans in Kemba Walker, Donovan Mitchell, and Kyle Kuzma. 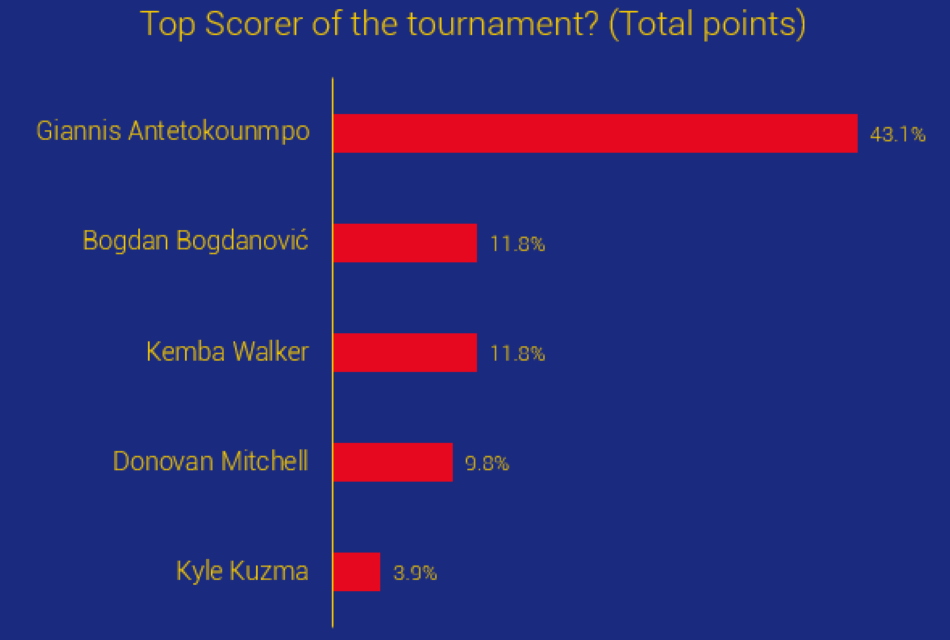 The Greek Freak is also expected to grab the most rebounds in the World Cup, topping some dominant rebounders as Rudy Gobert, Nikola Jokic, Marc Gasol, and Miles Turner. 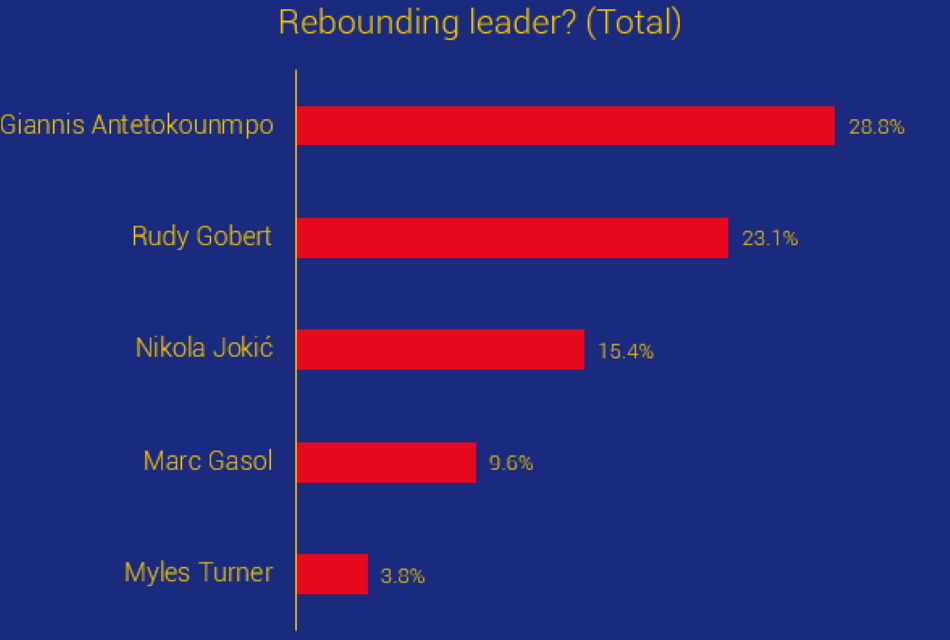 Another player from Greece is projected to be on the top of the list – journalists see Nick Calathes as the best passer in China, slightly over Spain’s Ricky Rubio. Nikola Jokic’s amazing passing ability pushed him to number 4 in assists voting as the only center (and non-guard) in the top 5. 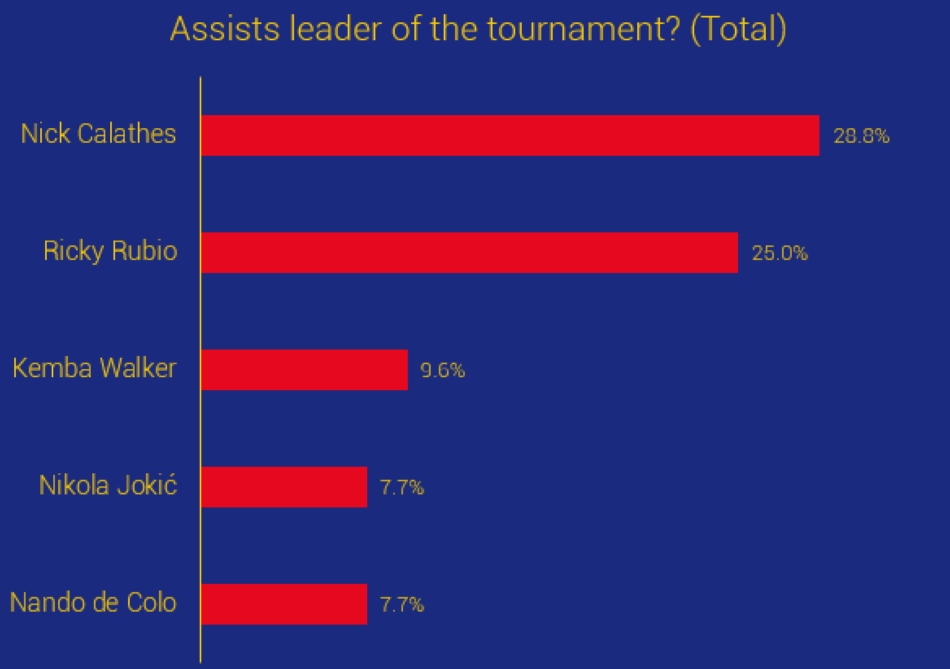 In the history of the basketball World Cup, only once has a player won an MVP honor without leading his team to the semifinals. So it doesn’t surprise us that our journalists chose their MVP from the top 3 countries in rankings voting. 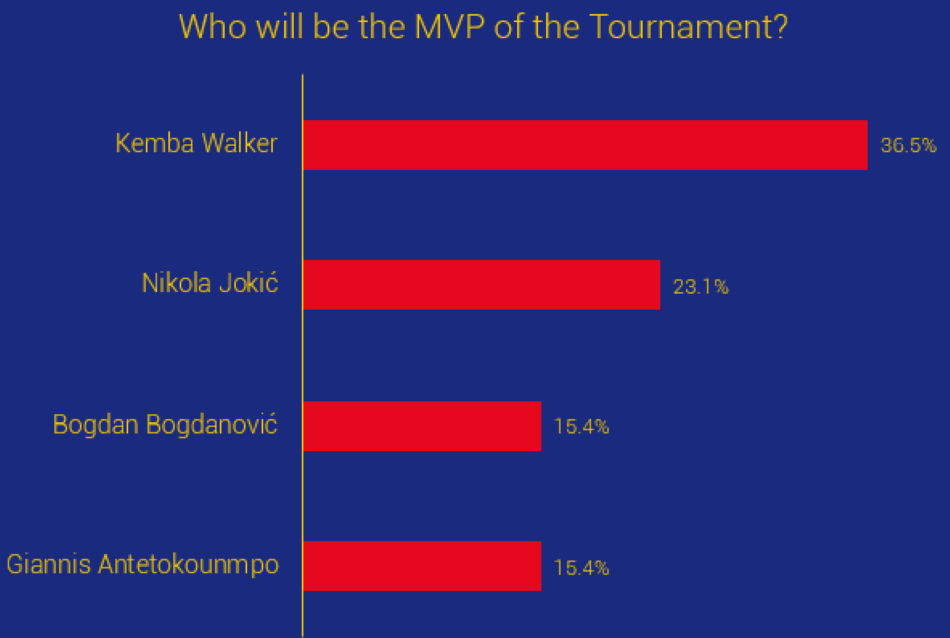 Kemba Walker is leading the race with a comfortable margin over Nikola Jokic, Bogdan Bogdanovic, and Giannis Antetocounmpo.