AntetokounBros Academy: Changing lives one basket at a time

100 young athletes and 12 coaches from underprivileged backgrounds will be given the chance to transform their lives thanks to the AntetokounBros Academy.

AntetokounBros, a foundation started by NBA superstar Giannis Antetokounmpo and his brothers, have launched a program to help boys and girls (aged 12-16) and to aspire coaches (aged 18-25) realize their sporting potential, gain life skills and become better citizens. 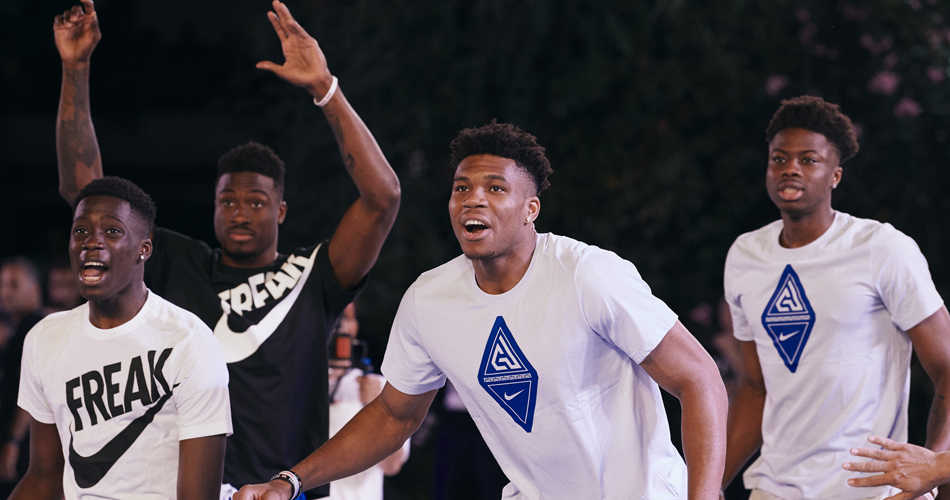 The initiative, which will run for two years in Athens, has been set up in partnership with Nike, who will provide funding and expertise; Eurohoops Organization, who will lead the coaching program; and the Onassis Foundation, whose mentorship sessions and scholarship pathways will instill core values advocated by the brothers.

The AntetokounBros believe deeply in the power of sport and are committed to offering opportunities to those on the fringes of society – they have experienced firsthand how hard work and dedication can take you from the bottom right to the very top. 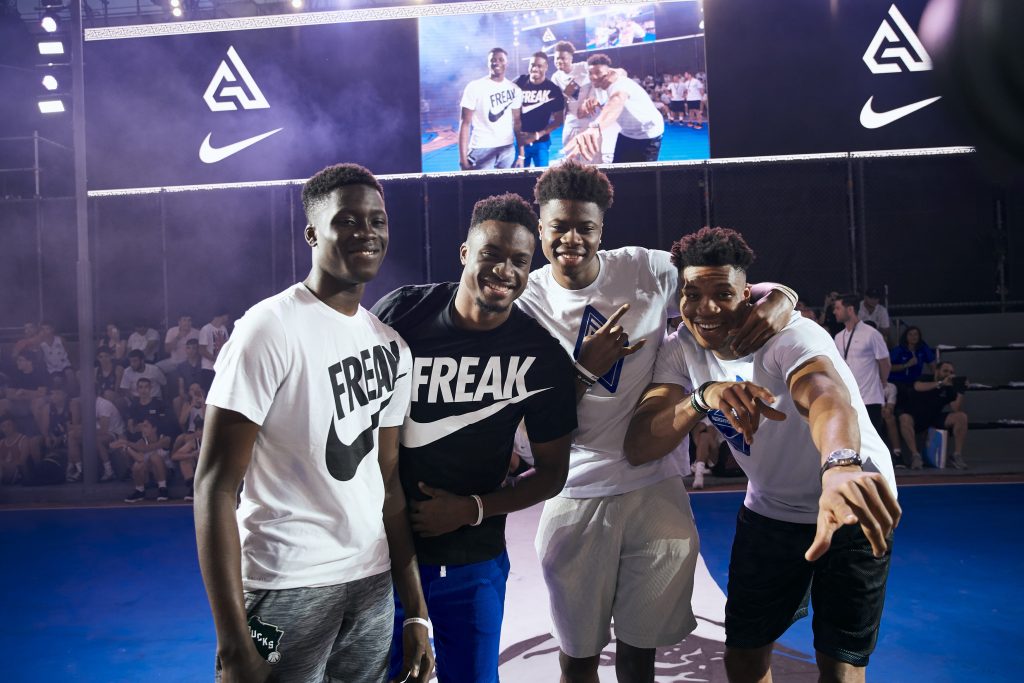 “The time for action has come for AntetokounBros Academy and we can’t hide our joy and excitement,” said Giannis, Kostas, Thanasis, Alex and Francis Antetokounmpo in a joint statement. “For the next two years, in collaboration with the Onassis Foundation, Eurohoops Organization and Nike, we will work hard to create development opportunities for underprivileged children – and this is only the start.”

The program comprises weekly basketball clinics run by Eurohoops Organization at courts in Ampelokipoi and Labrini – both of which have been refurbished by Nike. Anastasia Kostaki, the first Greek player in Women’s NBA (WNBA), has taken up the role of Head Coach.

Applications are already open and will run until October 20th (for junior coaches) and October 23rd (for athletes). Candidates will be assessed on their socio-economic situation and talent ahead of try-outs on the weekend of November 9th -10th at the Ampelokipoi and Labrini courts.

Aside from the basketball sessions, the program features a series of mentorship workshops and inspirational speeches at Onassis Stegi focused on developing life skills and empowerment.

For the high school graduates among the 100 athletes, a ‘One of a Kind’ university scholarship, awarded by the Onassis Foundation is up for grabs for one high achiever. “The Onassis Foundation believes in collaborations that promote growth and progress, both individually and socially. Through the collaboration with AntetokounBros Academy different nationalities, religions and genders come together in the neighborhoods of Athens as one team that builds relationships, develops skills, learns to fight in and out of court and pursue all its dreams.” Said Afroditi Panagiotakou, Director of Culture of the Onassis Foundation. 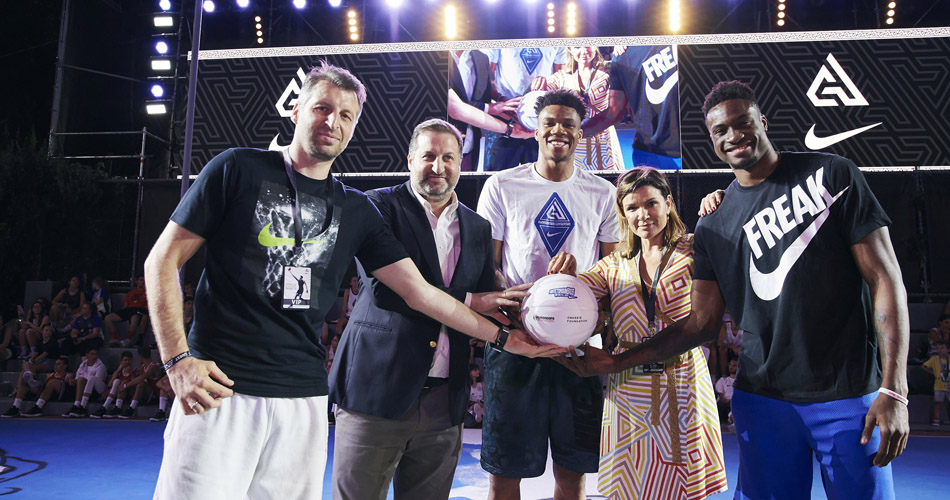 Meanwhile, two athletes will earn season-long training scholarships with Eurohoops Organization, and four children will be selected each year to attend educational summer school courses in the UK funded by the Onassis Foundation.

Among the 12 junior female & male coaches selected, one standout performer will be picked for a 12-month contract with Eurohoops Organization. Konstantinos Papaloukas, Managing Partner of Eurohoops Organization stated: “With the initiative of AntetokounBros Academy we expect to give opportunities to children to change their life and fight for their dreams. Basketball is the vehicle that will bring them together, to become members of a team, inspire and believe in themselves. It’s an honor and a joy that Eurohoops Organization was chosen to contribute with its expertise in the development and implementation of this project”

“We are on the same page as our collaborators and we start this journey of social contribution with a shared vision,” added the Antetokounmpo brothers. “We will work together as a big family with no social or individual exclusion. We are certain that the creation of the AntetokounBros Academy will leave a positive footprint and offer essential help to families who need support; and let’s repeat – this is just the beginning!”

For more information, or to apply, please visit www.antetokounbrosacademy.net.

Our mission is to spread our passion for basketball and act as the Playmaker for 360º basketball activations aiming to deliver positive experiences through all Eurohoops Organization’s action.
Engage children to basketball,
Develop the future athletes, co-players as well as opponents
Spread basketball news and progress in a brand safety manner for the sport of basketball through Eurohoops.net, top basketball site of Europe.

The focus of the Onassis Foundation’s mission is and will always be the individual. With priority since 1975 in the fields of culture, health and education, it creates the conditions, explores the ideas and triggers the discussions that lead to a better society. Releasing the potential and talent of young people, it has offered, over the past 45 years, more than 7,000 scholarships and educational programs for all; beyond social, economic, ethnic, gender and age restrictions. The Onassis Foundation believes in active citizens with bold ideas and optimist dreams, embracing the procedure, research, study, experimentation, as well as freedom, democracy and human rights.