New record for most points in single game (Infographic)

On the road in Poland, UNET Holon defeated Polski Cukier Torun last Tuesday and tied its opponent at 1-2 in Group A of the Basketball Champions League Regular Season 2019-20 edition. The “W” itself was certainly important, but the 122 points scored in Torun set a new record for most points in a single game. 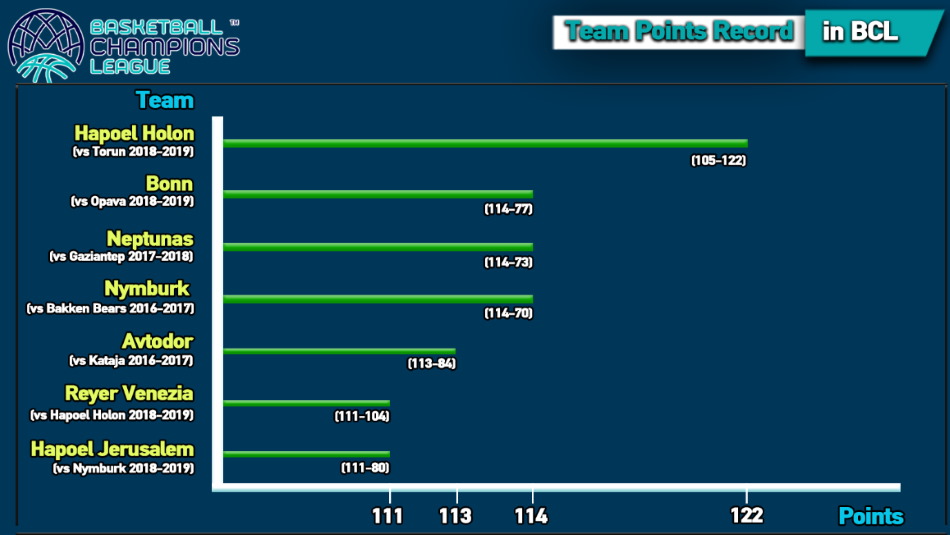 The 227 points combined in the Israeli team’s 122-105 victory made it the highest-scoring game in BCL history as well. Holon’s collision with Venezia last season produced a total of 215 points and set the previous record.