Here come Falco Szombathely and Juvonte Reddic to create a privileged spot for Hungary in the Basketball Champions League map.

Up to the 2019-20 season, Hungarian teams only had two wins in the Basketball Champions League Regular Season. Falco Szombathely has already added a couple more, both at the multi-purpose indoor Savaria Arena. A single bucket separated Gasper Okorn from a win on the road and a 3-1 start in Group D, but plenty more games ahead offer additional opportunities for victories.

Falco is BCL newcomer, so is Juvonte Reddic. The VCU alumni has a couple of FIBA Europe Cup campaigns under his belt and is up to a hot start in his first Champions League run. On Tuesday he made all of his seven two-pointers en route for 16 points in the convincing win against Telekom Baskets Bonn. “I will continue to give it my all every game” he told Eurohoops. 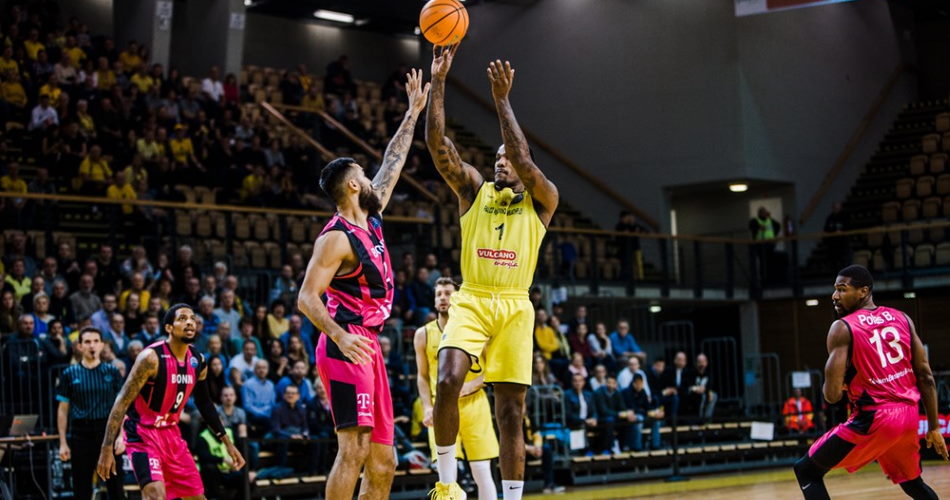 The 27-year-old American forward played in Italy, Greece and Belgium, also competed in the G League during the 2015-16 season, but Hungary and his current team mark the first year he stuck around for a second season. Results and performances so far assert his choice as the correct one.

“Hungary is definitely a country I enjoy playing in” answered Reddic to a question on the Central European country, “I found the fun in playing basketball again last season here. The Hungarian league is very underrated but we are changing that.”

His 16 points opposite to Bonn improved his season average to 14.5 points. Aside making buckets, he has 4.8 rebounds and 1.5 steals per Basketball Champions League appearance as well. The group stage was not a given, but the American big ensured the regular season berth with 15.8 points and 6.5 rebounds per match in the Qualifiers.

Falco went undefeated through four qualifying games. The first pair of victories came over Romanian representative CSM U Oradea, two more followed against BK Ventspils. Reddic poured 30 points in the first qualifying round, added 38 more in the second behind 14/25 two-pointers versus the Latvian foe.

“A playoff berth is definitely a goal” 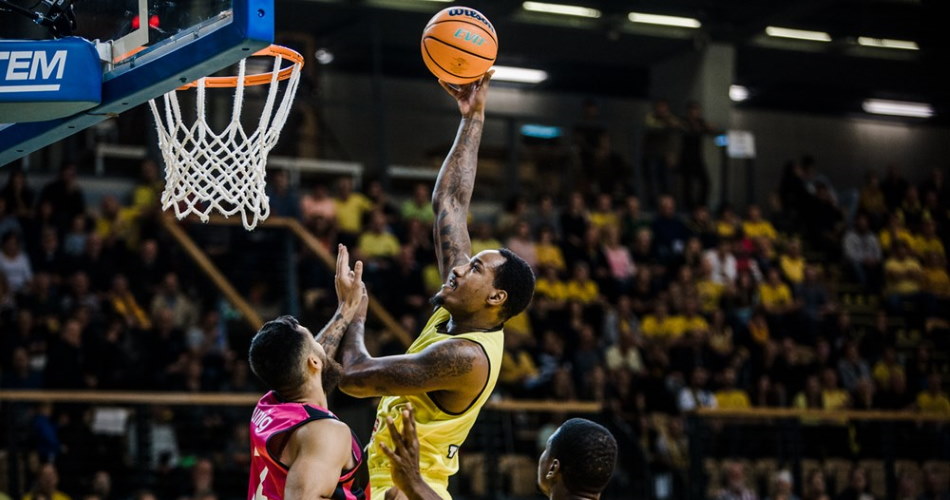 In its Champions League Regular Season debut, Falco suffered defeat in the hands of JDA Dijon, but immediately got back on track with a home win over PAOK. A slim defeat to Casademont Zaragoza in Gameday 3 followed before Tuesday’s triumph. The playoffs seem to be right up the Hungarian team’s alley.

“The fans are amazing and it’s important for us to protect our home court every game” answered Reddic referring to the home crowd’s impact on the players, also set the tone for the rest of the regular season, “We still have a long way to go but a playoff berth is definitely a goal.”

Future looks bright for both the reigning NB I.A champions and the Winston-Salem-born forward. Stockpiling wins early with the 5-0 start in the Hungarian League and the 2-2 BCL record might be a sign of things to come and lead to an even better outcome for their 2019-20 campaign.