Sassari’s Dwayne Evans: “We have the talent to win championships this year”

Dwayne Evans has been enjoying Italy so far while also logging strong performances across Europe, and he believes that Dinamo Sassari belongs at the top

The reigning FIBA Europe Cup champions Dinamo Sassari returned to the Basketball Champions League this season and have been doing just as good. They are holding a 3-1 record in BCL Group A while also doing great in the Italian League with 5-1.

Their last win came on the road against Polski Cukier Torun and Dwayne Evans was the one leading them to it.  The 27-year-old American forward logged 29 points on 13-17 shooting (11-12 for two, 2-5 for three) while also grabbing five rebounds, dishing two assists and adding a steal and a block. He finished with 30 PIR in 28 minutes of action.

“Yeah, that was a pretty solid game for me, got to do a little bit of everything which is always fun. I’ve had a few 30-plus point games in the German league too but this one’s up there for me”, Evans told Eurohoops. 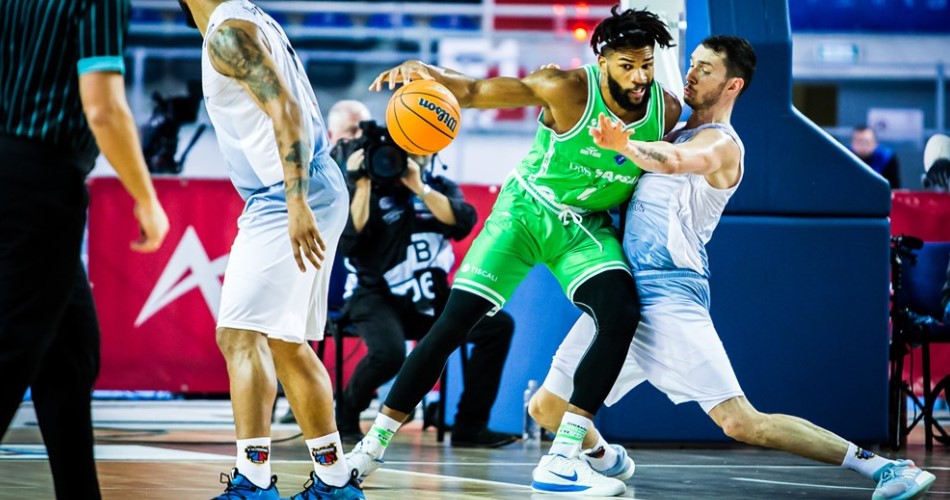 Sassari is doing well but Evans knows they can be even better: “We’ve been playing solid basketball but there’s definitely room to improve. Defensively we’ve improved a ton since the beginning of the year, and we’ll continue to build on the offensive side of the ball”, he said and believes that once they do it, they’ll be ready to win the title. He also appreciates coach Gianmarco Pozzecco’s attitude:

“Poz [short of Pozzecco] has been great, he knows the game from a player’s perspective and tells the truth regardless of the situation which is something I appreciate. And I think we have the talent to win championships this year. Everyone’s locked in, day in and day out and it’s starting to pay off.” 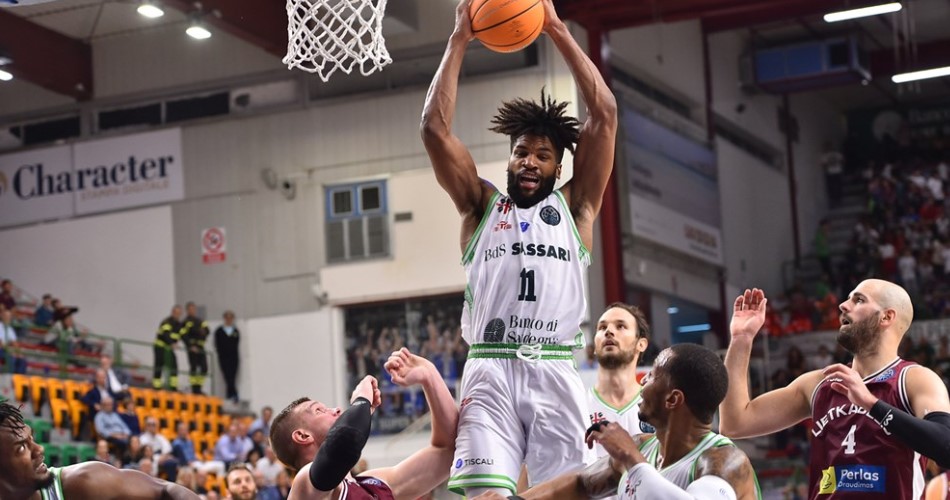 Evans started off at Neuqua Valley High School after which he went on to the Saint Louis Billikens where he made the Atlantic 10 Conference All-Rookie team as a freshman. He also became a first-team All-Atlantic 10 player in both his junior and senior seasons, and was named a finalist for the Senior CLASS Award. Evans averaged 14 points and 6.5 rebounds in his last college year.

He went undrafted in the 2014 NBA Draft after which he took a year off from basketball. Once he decided to go pro, Evans’ first destination was the German Second Division with Gladiators Trier. And he stayed in Germany for the next three seasons as well, climbing up the ladder. He joined Giessen 46ers in the First Division after which he had one-year stints with Ludwigsburg and Ulm.

Apart from German League, Evans also gained some 7DAYS EuroCup experience with Ulm after which he left Germany for the first time and moved to Italy joining his current team. And he likes the change:

“I’ve really enjoyed my time in Sassari so far. I loved my time in Germany but It’s been cool to experience a different culture and language”, Evans said and his outputs reflect.

He has averaged 14.9 points, 5.9 rebounds and 1.6 assists in the ten games Sassari played so far and if the squad continues on this path, there’s no doubt they will have a chance to reach the top.