With almost a third of the regular season in the Turkish Airlines EuroLeague already behind us, Eurohoops presents the first edition of the MVP Ladder.

We evaluated the players – with 10 being the highest score – in five different areas that can demonstrate the competitive value of each of them so far this season.

Player performance: Individual performance in combination with expectations greatly affect the decision as to who deserves to be MVP. Certain players exceeded initial expectations and others confirmed their standing among the elite of European basketball.

Team progress: Basketball is a team sport and if someone cannot convert his individual performances into team wins, then he automatically loses points in the race for the MVP.

Player role: How would each team perform if we automatically removed the MVP candidate from the squad? There are players who are the alpha and omega of their squads, and the weight of their presence provides an advantage on the MVP Ladder.

Consistency: The performance of certain star players varies in big games. Some play consistently at full throttle, without fluctuations. Others specialize in making their teammates better in every game, even if they themselves don’t put up good numbers. As the season progresses, however, their value peaks.

Leadership: The biggest names in the EuroLeague step up when their teams need them most. Their contributions in those moments – both on defense and offense – can be as important as their overall numbers. These and other leadership characteristics are seriously taken into account when drafting the MVP Ladder. 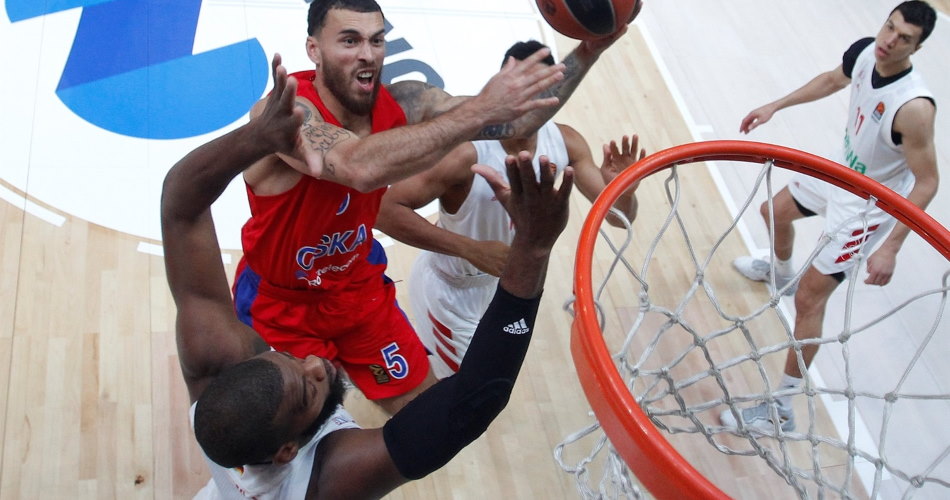 CSKA Moscow had a strong start, as usual, but its performance levels dropped abruptly, to the point that they now have four losses in the last six games. Mike James is doing everything he possibly can but, just as something is missing from the Russian team’s game (see Will Clyburn), something is also missing from his.

On an individual level, James ranks third in points and fifth in performance index rating (PIR). Scoring in double digits in nine games – with four games above 20 points and another over 30 – have not been enough to get the job done, however. He also missed the shot that could have prevented a road loss against LDLC ASVEL Villeurbanne.