Fantasy tips powered by Eurohoops ahead of EuroLeague Regular Season Round 21.

Week in, week out our goal is to inspire a solid Fantasy team four our readers. Successful tips like the one we offered last week with Kevin Punter meets our objective. He actually remains an attractive option at 0.54, even though Crvena Zvezda mts is set to visit FC Barcelona.

Another player of the Serbian club, Vladimir Stimac costs 0.89 units. The experienced center is on a hot streak with Crvena Zvezda mts playing about 25 minutes per game and putting up 17 to 23 fantasy points in his last four outings. Worth a look.

Back in the beginning of the season, we picked up Deshaun Thomas at a very low price. He’s now up at 1.68. The left-handed forward produced his best game against LDLC ASVEL Villeurbanne posting 29 PIR in Round 2. The return match is up with Panathinaikos OPAP hosting the French club and Thomas is coming from 28, 16 and 14 fantasy points in his last three matches.

We made a couple of adjustments this week adding Punter and removing Jan Vesely. Later in the season as early as next week, we might take on the Czech forward once again.

Our other addition is Krunoslav Simon. Anadolu Efes’ swingman has posted over 12 fantasy points over his last eight games averaging about 30 minutes per appearance. 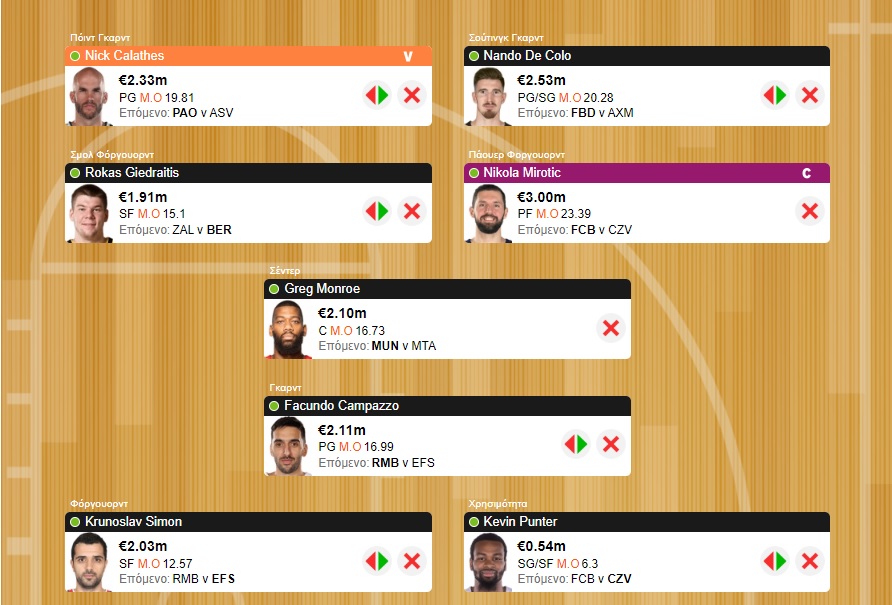