No slowing down is the theme for various EuroLeague stars.

Per EuroLeague: “Historically, the grueling Turkish Airlines EuroLeague schedule makes it difficult for the league’s top players to maintain hot starts. This season, there appears to be more than one significant exception.

Real Madrid broke out of its three-game losing streak in improbable fashion, handing Maccabi FOX Tel Aviv its first home loss of the season. Allowing only 0.84 points per possession at home – well ahead of the EuroLeague-best 0.91 points per possession they have allowed overall – Maccabi presents a unique challenge at Menorah Mivtachim Arena. Mustering 0.98 points per possession, Madrid scored 30 points on 20 attempts finishing at the rim in half-court situations to overcome a less-than-stellar shooting performance on the perimeter. Climbing into a three-way tie for second place in the standings at 16-6, Madrid kept pace with the group of teams angling to earn homecourt advantage this postseason ahead its double-round pairing against two sub-.500 opponents in Rounds 23 and 24.

In Madrid’s Round 22 victory, Anthony Randolph scored 19 points over 13 possessions to turn in another stellar performance on the offensive end. Synergy Sports Technology has tracked every EuroLeague game for the better part of a decade and, more often than not, the players that get hot early in a season have a hard time sustaining their efficient play through the end of the season. Of course, the league’s top players are difficult to keep quiet consistently, but the challenges associated with playing a team for the second time, the amount of scouting teams have done, and the fatigue of a long season have inevitably caught up with the league’s top players, usually around the new year. Randolph is one of several players bucking that trend this season.” 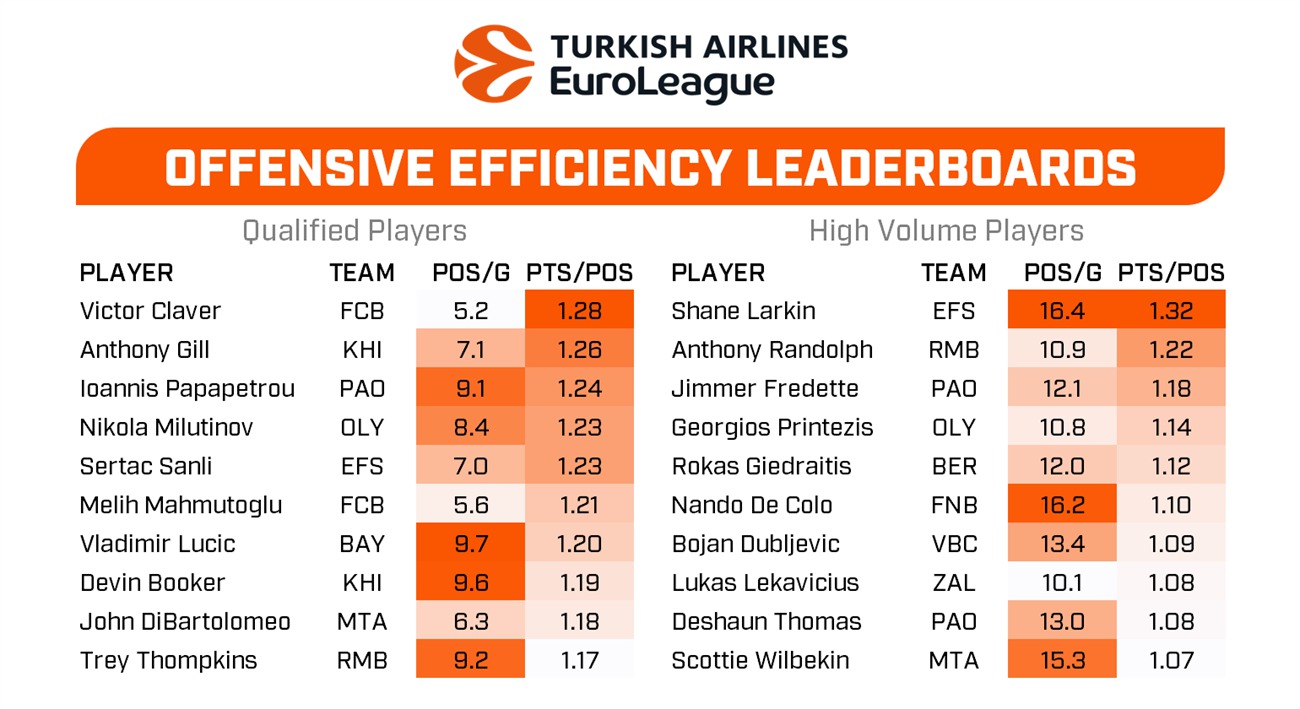 Read the rest of the Round 22 Stats Review on EuroLeague.net.