Georgios Printezis will have to step up for Olympiacos against Barcelona while some big-time guards won’t be seeing action in this EuroLeague round, but, there are alternatives

Eurohoops has had plenty of success in the past weeks with the pick-ups in EuroLeague Fantasy as Sasha Vezenkov, Dinos Mitoglou and most recently Kevin Punter put on huge performances.

This time around, the advice is to bet on Georgios Printezis who costs 1.01 currently and may get a more important role against Barcelona as Vezenkov is likely to miss the game. He will face Nikola Mirotic primarily but Printezis’ somewhat unique style of play is hard to stop, whoever’s on the other side.

On another note, keep in mind that the duel between Maccabi Tel Aviv and Anadolu Efes has been postponed, which means that the popular choices in guards won’t be available for this round. No Shane Larkin, Vasilije Micic, Scottie Wilbekin. And no Mike James who’s been suspended by the club.

That said, Alexey Shved comes off a big game and is expected to continue. Good choices are also Nando De Colo and Nemanja Nedovic who’ve been in nice shape recently. You can also always count on Nick Calathes and Kostas Sloukas to put on all-around performances. 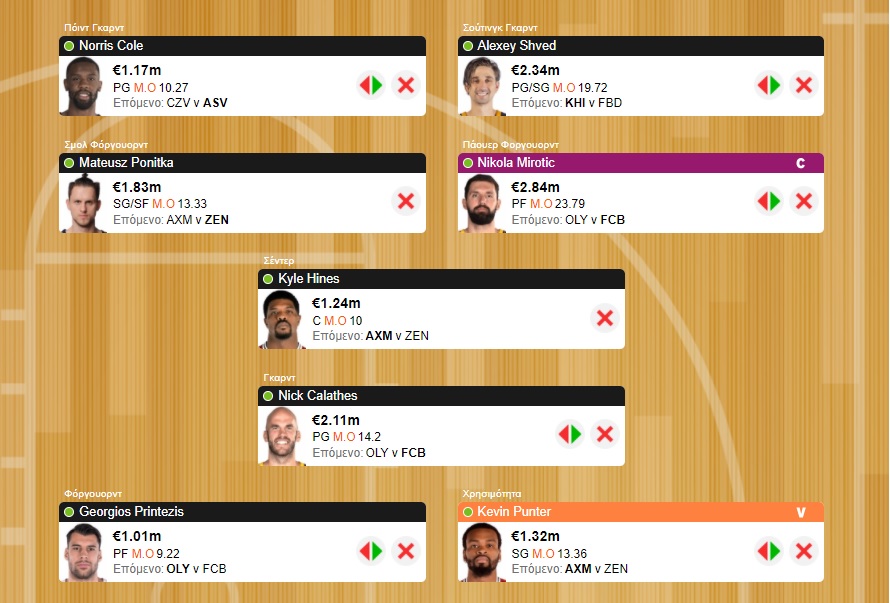 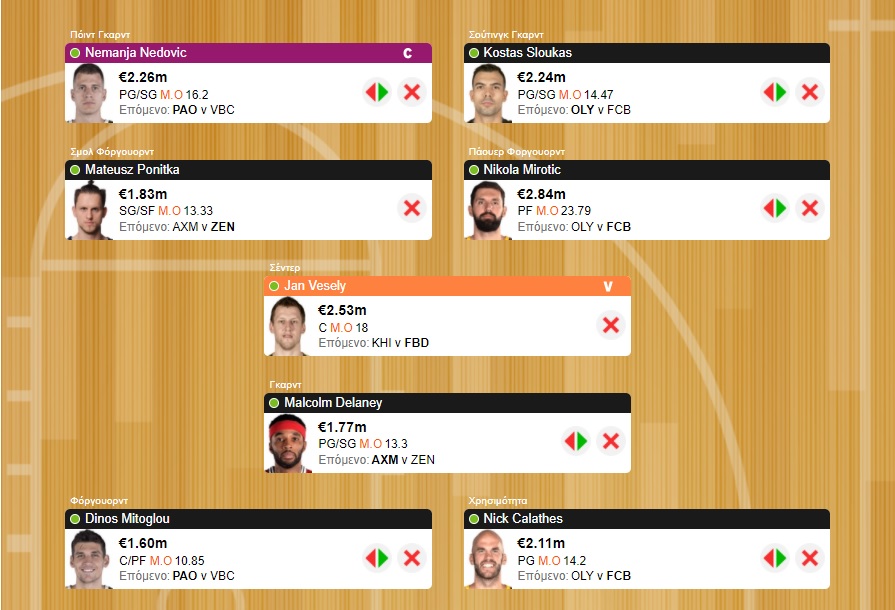