Basketball in the modern era requires making more and more three-pointers, and the average Turkish Airlines EuroLeague team shoots 23.6 per game. But not every team nor every player shoots them in the same way. Eurohoops presents the top players of the season from behind the 6.75-meter line.

To make it even more interesting, we set the limit at 4 attempts per game. But in order not to wrong the rest of the players – like Kyle Kuric of FC Barcelona, who makes a league-leading 58.5% of his threes – you can see each player’s place on the overall ranking in the bracket next to his three-point percentage. 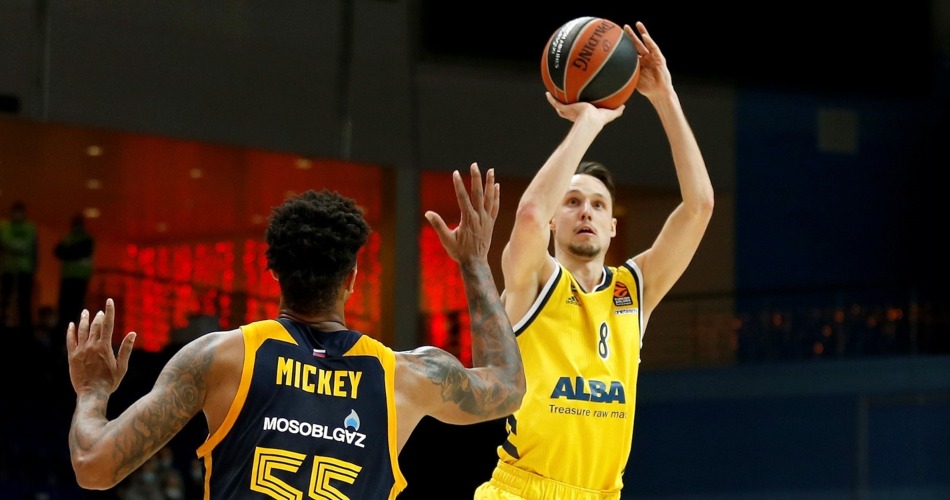 In ALBA Berlin’s 81-100 win in Round 28 win over Khimki Moscow Region at Arena Mytishchi, Marcus Eriksson (12.1 points) tied the EuroLeague’s all-time, single-game record for made three-pointers. His 10-for-13 show that night is no coincidence for a player of Eriksson’s talent considering that he ranks seventh in attempts per game and sixth in makes from the arc.