Breaks from Milan and Barcelona to Piraeus. Eurohoops explains how the home-court advantage switching hands in three of the four playoff matchups perks up the remainder of the season.

Some 201 days passed between the opening night of the Turkish Airlines EuroLeague Regular Season and the start of the playoffs. A strong effort for all of that time was required for the top eight teams to reach the postseason.

However, in only four days, the situation was reversed for six of the playoffs participants behind multiple breaks. Stealing the home-court advantage was the case in three of the four pairings now knotted at one win apiece.

Among the 64 previous playoff series in competition history, nearly half, 31 to be exact, have been tied 1-1 after two games. Nine of those were under the best-of-three format used in 2005 through 2008 and the remaining 22 series have been under the current best-of-five style.

Looking at those best-of-three situations, the home-court advantage suffered only once in the deciding Game 3, when Tau Ceramica Baskonia Vitoria-Gasteiz beat Panathinaikos in Athens. Serkan Erdogan poured in a game-high 24 points and Fragiskos Alvertis missed a chance to force overtime at the buzzer.

Shifting to best-of-five, a 1-1 tie guarantees Game 4, which is where 14 of the aforementioned series ended. Eight went the full five games.

If you were wondering how many teams that stole the home-court advantage advanced to the Final Four, nine successful attempts clinched the berth in Game 4. But when the series went to Game 5, the hosts won every time.

The 2011 playoffs delivered a memorable series between Montepaschi Siena and Olympiacos. The Reds went from a historic 89-41 victory at home in Game 1 to an 82-65 loss in Game 2. Then the Italian outfit prevailed twice at home and progressed to the Final Four.

At the end of the day, Siena settled for third place at the Final Four in Barcelona. Panathinaikos defeated Maccabi Tel Aviv in the championship game. In the playoffs, the Greens had stolen the home-court advantage from Barcelona and went through in four games as well.

Four teams have leaped from a break to the title. 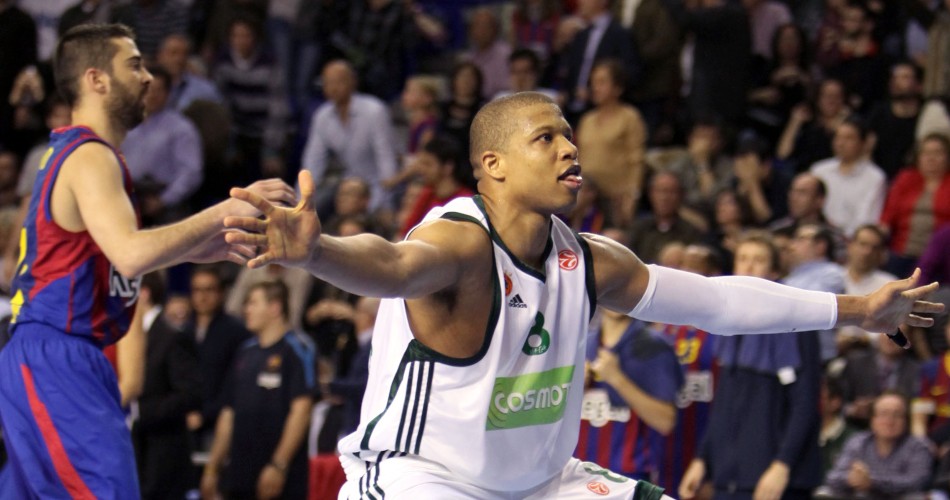 With Barcelona’s Palau Sant Jordi serving as the Final Four host, the Catalonia giant set its sites on history. The mission was to be crowned champion at home. It was a solid effort until the playoffs.