Kevin Durant was in attendance at the Turkish Airlines EuroLeague Quarterfinals best-of-five series Game 4 between AS Monaco and Olympiacos after getting invited by his former teammate at the Brooklyn Nets and current La Roca Team star, Mike James, as reported earlier on Friday.

Attending the contest at Salle Gaston Medecin was combined with the home side clinching a narrow win, 78-77, to force Game 5. 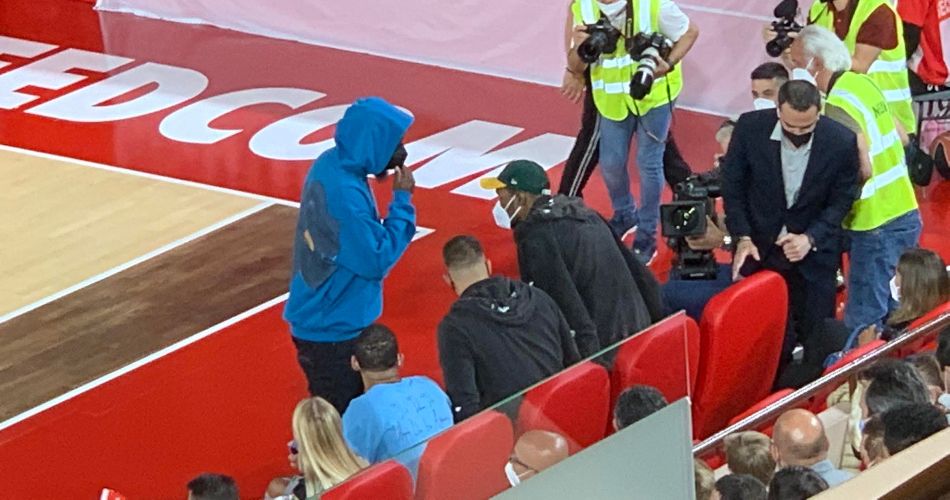 Back to Greece and the Peace and Friendship Stadium in Piraeus, the do-or-die contest will take place next Wednesday and decide which side will advance to the season-ending and championship-crowning Final Four. Defending champion Anadolu Efes and Real Madrid have already clinched a berth in the Final Four. Besides Olympiacos and Monaco, the best-of-five series between FC Barcelona and FC Bayern Munich will be decided in a win-or-go-home Game 5 as well.

Durant, 33, played alongside James at the bottom end of the 2020-21 NBA season. After the Nets reached the Eastern Conference Semifinals and got knocked out by the Milwaukee Bucks and Giannis Antetokounmpo in seven games, James moved his talents back to Europe to join Monaco.

The former player of the Phoenix Suns and New Orleans Pelicans, also the 2019 recipient of the Alphonso Ford EuroLeague Top Scorer Trophy, put up 6.0 points, 3.0 assists, and 2.2 rebounds per game over 22 appearances between the Regular Season and the Playoffs as a member of the Nets.