These games are labeled as “do-or-die”, “win-or-go-home”, “all-or-nothing”, or simply Game 5 in the Turkish Airlines EuroLeague Playoffs. Eurohoops counts down the Top 5 Game 5 thrillers.

The Turkish Airlines EuroLeague adopted the best-of-five format for playoff series in 2009. Out of the 64 series since, 15 of them have gone the distance. To be exact, 13 have been decided already and two more will be decided this week.

Forget the complicated math. In this case, every single winning side played Game 5 at home. This week we will find out if that record is ripe to be broken. For now, let’s recall the Top 5 Game 5s in competition history on our trip down memory lane. 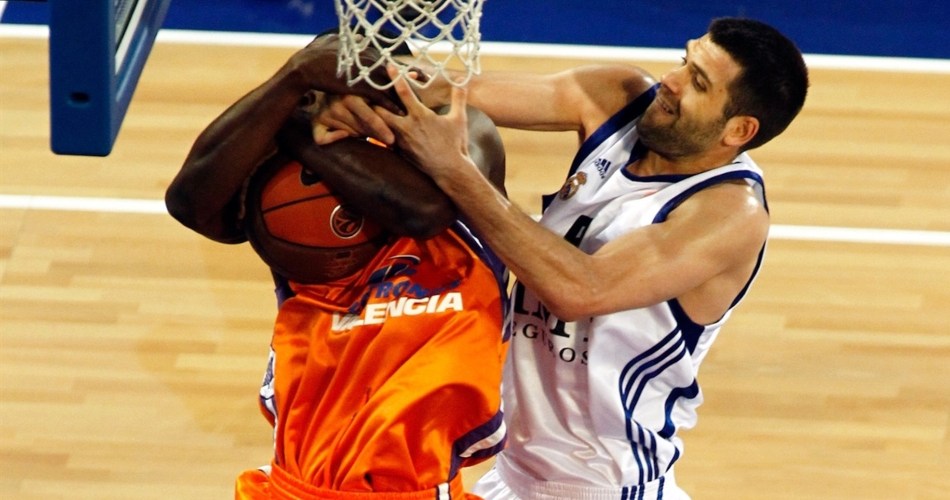 Coming off breaks on both ends – Valencia prevailing 81-75 in Game 2 at Madrid and Los Blancos recovering the home-court advantage with a 75-66 victory in Game 3, Game 5 was must-see. A couple of Spanish clubs ready to battle it out for a spot in the Final Four. Valencia built a double-digit lead and was in control through the first half, but Real stormed back after the break. The hosts went up 43-42 early in the second half and 60-51 early in the fourth quarter. After Valencia rallied to 62-58, Real scored the last 6 points to seal the win.