Bryant Dunston: People not cheering for us to make it was an extra motivation

Bryant Dunston wants his second Final Four experience to be a winning one.

Anadolu Efes finished 2017-2018 at the bottom of the EuroLeague standings. As a result, not many people, even perhaps the most optimistic of Efes fans, expected such a huge turnaround this season.

This disbelief of doubters was used as a motivation for Efes center Bryant Dunston. In the end, the Turkish side not only became relevant once but actually advanced to the Final Four for the first time in 19 years.

“I remember I was watching a EuroLeague game,” Dunston told Eurohoops. “And the announcers were talking about the teams that are in the Top 4. They were mentioning Fenerbahce Beko, Real Madrid, and CSKA Moscow. And the surprise… Anadolu Efes. But they said ‘we expect them to fall up soon.”

“And when I heard that, I was like… why should we fall up? We have to a really good team, we are playing the right way and the coach is doing a great job. So why fall up? To hear people not cheering for us to make it was extra motivation.”

“I didn’t tell my teammates, but I kept it on the back of my mind,” Dunston added.

Here’s what Dunston also said to Eurohoops on:

“It’s an honor. This team hasn’t been there for a while. It shows all the hard work we’ve put these last couple of years. Every year we’ve been working and trying to get to the Final Four. That’s the goal. To be here is one thing. To win it is another. So we have work to do. I’m happy for the fans and everyone on the team. 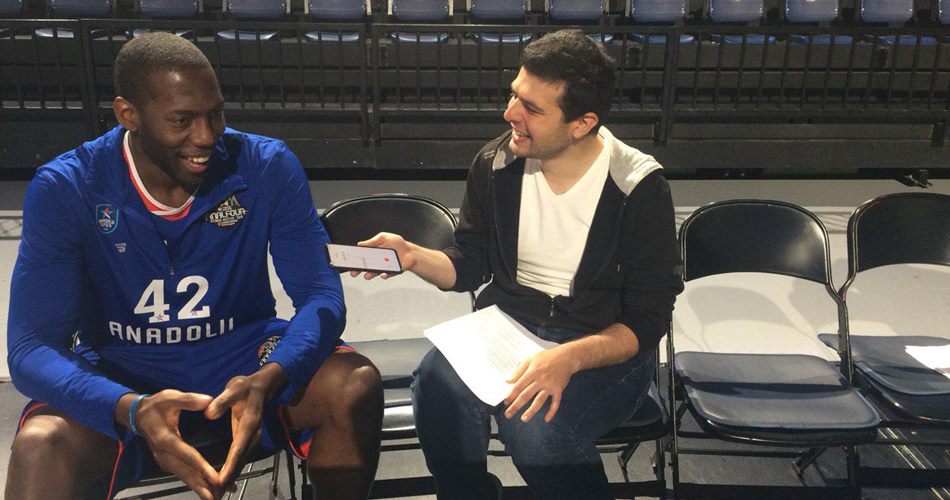 Coach Ergin Ataman and his strong belief that Efes will be in the Final Four:

For me personally, I think of the Final Four goal every year. And to win it. For everybody, it’s a mentality thing. If you believe something or you hear it enough, you start to believe. ‘We are pretty good, we can make the Final Four’. The coach repeating that boosted everybody’s confidence. It raised it. He made us feel we can do anything on the court. Overall, he never told us “stop shooting” or whatever. He’s been lifting the team spirit and he turned this organization around.

He and the management chose the right players and the right pieces for us.

On the turnaround from last season:

The players that were already here played with a lot of anger. We learned from it. We grew. And it helped us be here.

It’s good that we play against a familiar opponent. We know their roster we know what they can do. There aren’t many things you can change going into the Final Four. It’s always going to be a battle. As long as you bring the physicality and toughness we’ve been bringing these last months, we’ll be fine.

Efes as the most inexperienced team in the Final Four:

Experience doesn’t win you games on the court. Not all the time at least. Sometimes, it helps you keep your focus and gives you the knowledge of doing the right things. But when you’re on the court it’s all about basketball. Your natural instincts should take over once you are in the Final Four.