Juhann Begarin and Anna Gret Asi were picked out from the rest of the field as MVPs of the BWB Europe camp held at Latvia.

Juhann Begarin of France and Estonia’s Anna Gret Asi were named the MVPs of the 18th Basketball Without Borders (BWB) Europe camp as they were among 64 boys and girls campers to get elite-level instruction for on-court skills while also receiving valuable life lessons for off the hardwood.

The campers from the 2002 generation came together at the Elektrum Olympic Center in the Latvian capital Riga, marking the first time that the NBA and FIBA’s global basketball development and community outreach program was held in Latvia. And there was some home flavor to the star power brought in from the NBA with Latvia’s national team stars Kristaps Porzingis, Davis and Dairis Bertans and Rodions Kurucs all taking part in the camp. Two of the country’s most famous players from the 2008 Olympics and numerous FIBA Women’s EuroBaskets, Anete Jekabsone and Gunta Basko, were also on hand, as well as Dallas Mavericks head coach Rick Carlisle and former Argentina point guard Pablo Prigioni.

“It was great to interact with NBA players as they really listened and encouraged us constantly. It showed that they felt involved and it motivated me a lot,” said Begarin, who was a star on the France team that finished fourth at the FIBA U16 European Championship 2018 as he averaged 15.6 points, 3.0 rebounds, 2.3 steals and 1.7 assists.

“I am very happy to have been named MVP of BWB Europe as it was my goal and I achieved it. Now I have a lot of things to improve to have a bigger impact in the game,” Begarin added. “The camp allowed me to perfect certain aspects of the game, it also allowed me to improve my strong points such as my drive and my defense.” 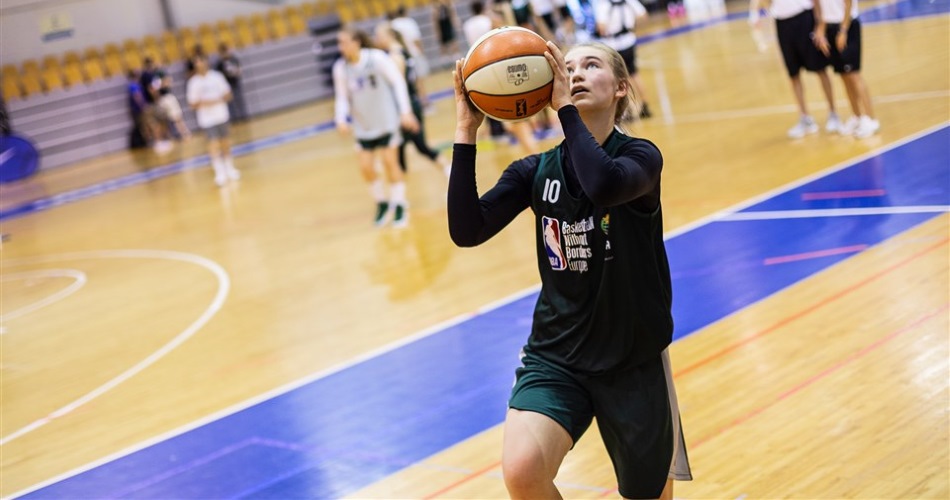 Denmark’s Alberte Rimdal, who helped her country win the FIBA U16 Women’s European Championship 2017, Division B and then averaged 18.1 points, 4.3 assists, 3.9 rebounds and 2.3 steals last summer at the U16 Division A level, was named the All-Star Game’s MVP and won the three-point contest. Spain’s Mama Dembele Traore was given the Grit Award as fellow Spaniard Marta Garcia Mateo took home the Patrick Baumann Award for sportsmanship.