Gustavo Ayon: In a couple of years, I’ll be working to become the Mexican minister of Sport

After leaving Real Madrid, one of the most talented centers in the Euroleague starts a new adventure in Russia. Gustavo Ayon chatted with Eurohoops before the historical victory in Piraeus.

It is still weird to see Gustavo Ayon (Mexico, 1985) wear a color other than white. After five seasons with Real Madrid, he has started a new adventure in St. Petersburg. The Russians are rookies in the competition but they have already completed their first feat: winning their first-ever EuroLeague game in the always tough SEF.

Ayon, who is still recovering from his broken nose, attends Eurohoops hours before the great achievement.

They will change your ‘Titan’ nickname for Batman. How is playing with the mask?

Gustavo Ayón. It’s a good protection for my nose, but it’s a bit awkward. You don’t have a good vision… But it’s part of the protection. What I hope is that they don’t give me more nicknames!

Although the squad has many new faces, most of the team -coach included- has experience in the ACB. Is adaptation easier like that way?

GA. It is easier to adapt when you played with your teammates, even if you have been playing against them on another team. It is easier because you know the strengths of each one of them. It is much better for the team.

Zenit is one of the rookie teams in the competition but you have a lot of experience in the EuroLeague. Has Joan Plaza asked you to lead the group?

GA. We haven’t talked about this issue but I take responsibility because of the years that I have been playing in the EuroLeague. I know it is a very tough competition but it is also a nice one. All my teammates who are here will get that experience. I will try to do my best individually and also helping my teammates.

After winning everything in European basketball, what challenges do you have left?

GA. I have the challenge of making this team compete as best it can be. I want to be at the highest level, physically well and mentally complete. Trying to make this team succeed too. I know it is a completely different circumstance from the one I had in Real Madrid. But Zenit deserves to have good results for the support and interest they have shown in making this team during the last months. 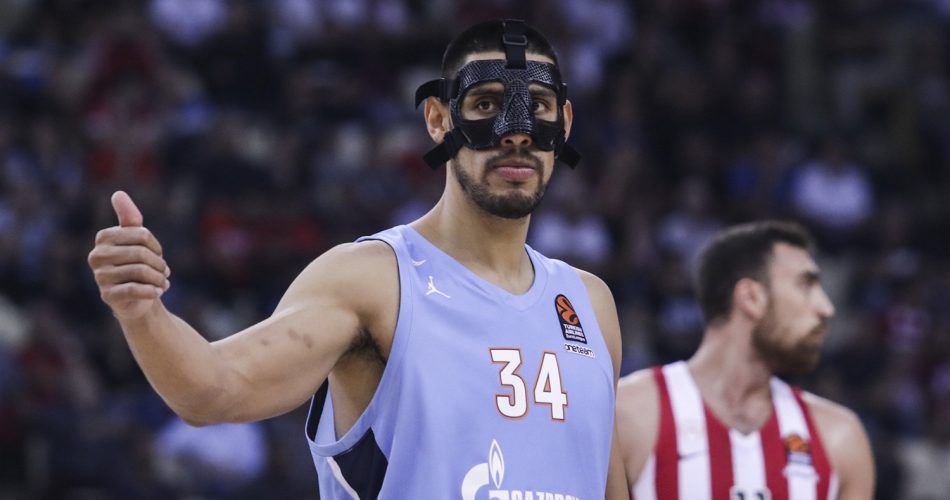 You are already 34 years old. Have you thought about how you would like to retire? Are you still planning to be a sports minister in Mexico?

You left Real Madrid because you wanted to be back in the NBA, closer to your country. However, you end farther away. What happened?

GA. I wanted to go to the NBA and I had that illusion of being able to return. However, in the end, I had no opportunity, no offer… Nothing. So you have to make a decision. Stay in a bad low-level playing in Mexico or continue at the highest level. And EuroLeague is the highest level after the NBA. Zenit offered me the opportunity to come to this team. I liked the challenge, I liked what they present to me and honestly, I take it.

You have been the most important center in Pablo Laso’s era in Real Madrid. Do you think it is due to your passing ability and your IQ or is there something else?

GA. Day-to-day work makes me adapt to all the needs of the team. I think Zenit now needs a player who can go aggressive to the basket and tale more shots. In general, with more offensive responsibility. I am adapting to what is required. I try to take to the highest level all the skills I have. When I was playing for Real Madrid, they didn’t need another protagonist. We had guys with a lot of quality who needed the ball and I have no problem in going to the background and being a team and role player.

This was Gustavo Ayon’s last game as a Real Madrid player in EuroLeague. The Titan from Nayarit led the victory in the third-place game during the last Four Final with 23 points (11 of 11 two-point shots), 11 rebounds and 36 PIR.