There’s a strong European presence in the 2020 All-NBA teams.

Giannis Antetokounmpo and Luka Doncic were named to the 2020 All-NBA First Team. The Greek Freak was one of the two players who were unanimously voted to the squad, along with Lebron James.

For Doncic this is his second appearance in the league’s First Team. The Slovenian star received 59 votes for the First Team, 40 for the Second Team and 1 for the third team. 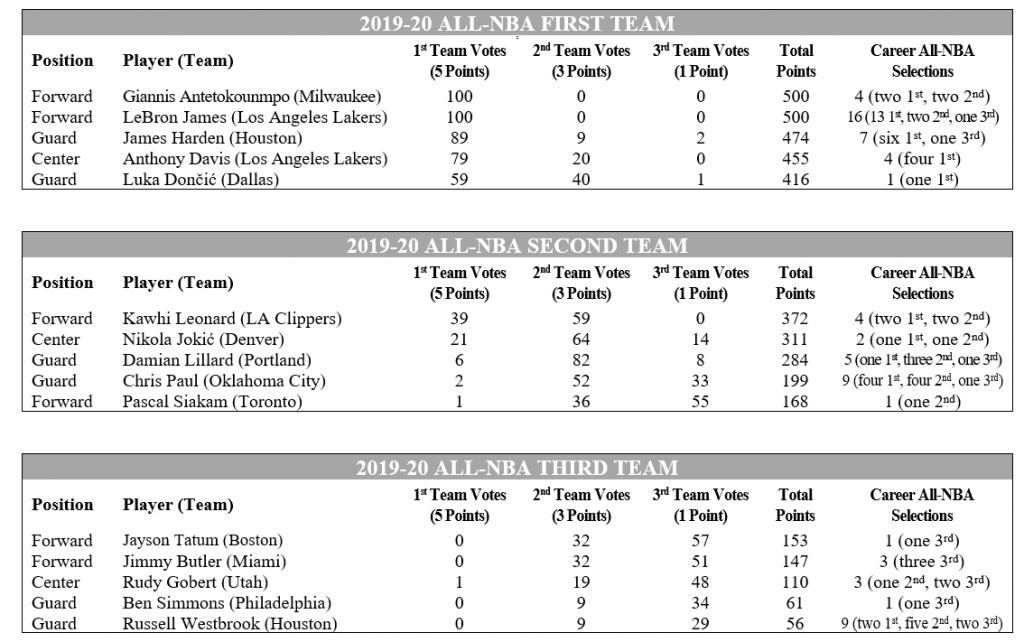 Nikola Jokic is the European representation in the Second Team while Rudy Gobert made the Third team.

Antetokounmpo, the 2019-20 Kia NBA Defensive Player of the Year, and James both received All-NBA First Team votes on all 100 ballots to finish with 500 points each. Named to the All-NBA Team for the fourth time, Antetokounmpo has earned his second First Team honor.

The voting was conducted based on regular-season games played through March 11. The seeding games, which were played July 30 – Aug. 14 as part of the 2019-20 season restart, did not count toward voting for the All-NBA Team or the league’s other traditional end-of-season awards.

The voting results for the 2019-20 All-NBA Team are below. The balloting was tabulated by the independent accounting firm Ernst & Young LLP. Complete ballots for each voter will be posted at pr.nba.com after the announcement of all end-of-season awards.