For the first time ever, three players from Europe are include in the All-NBA top five

Three players from Europe – from the Balkans to be more exact – are included for the first time in the All-NBA First team. The MVP Nikola Jokic from Serbia, Luka Doncic from Slovenia, and the Greek Freak Giannis Antetokounmpo, the only player who was voted on all 100 ballots, highlight the European invasion in the NBA.

French big man and defensive player of the year Rudy Gobert was included in the All-NBA third team while votes also got Lithuanian Domantas Sabonis and Montenegrin Nikola Vucevic.

Center Nikola Jokić of the Denver Nuggets, the 2020-21 Kia NBA Most Valuable Player, and two-time MVPs Giannis Antetokounmpo of the Milwaukee Bucks and Stephen Curry of the Golden State Warriors lead the 2020-21 All-NBA First Team, the NBA announced today.

James has extended his league record for most All-NBA Team selections to 17, which includes a record 13 selections to the First Team, three to the Second Team and one to the Third Team. Paul has been voted to the All-NBA Team for the 10th time, the second most among active players behind James.

This is the sixth All-NBA Team selection for Lillard and George, the fourth for Gobert and Butler and the third for Embiid and Irving. Randle and Beal have each been selected to the All-NBA Team for the first time. 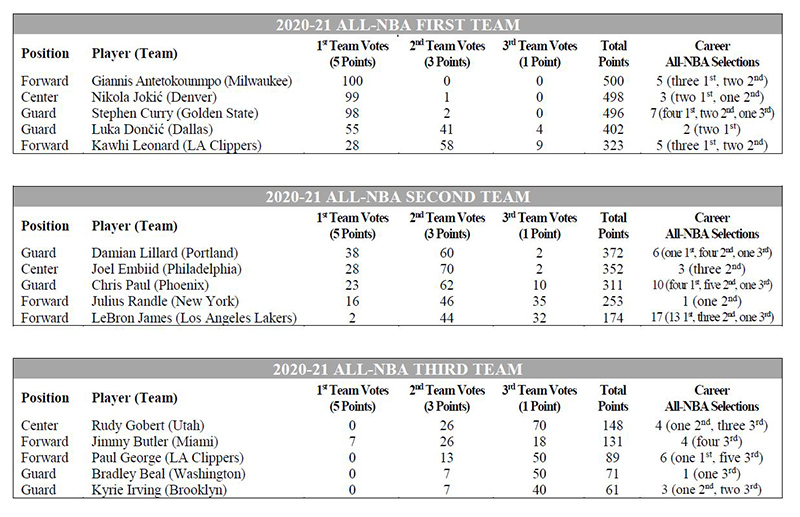 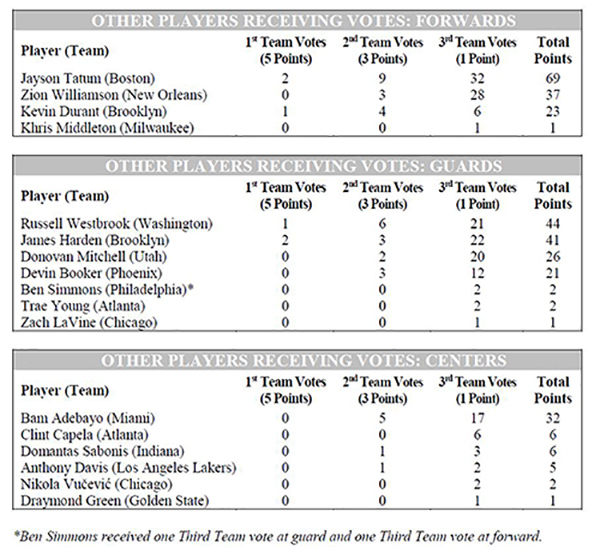