Milwaukee Bucks superstar and reigning NBA MVP Giannis Antetokounmpo will become a father in the upcoming months. The news was revealed by Giannis’ girlfriend Mariah Danae Riddlesprigger via an Instagram post.

Riddlesprigger uploaded a photo on her Instagram account that shows a Giannis’ Bucks jersey for babies, a deer buck stuffed toy, and a frame writing “BABY Fr34K COMING SOON”. The picture has a caption that reads “MVB “Most Valuable Baby on His way,” the implication being that the couple already knows the baby’s gender. 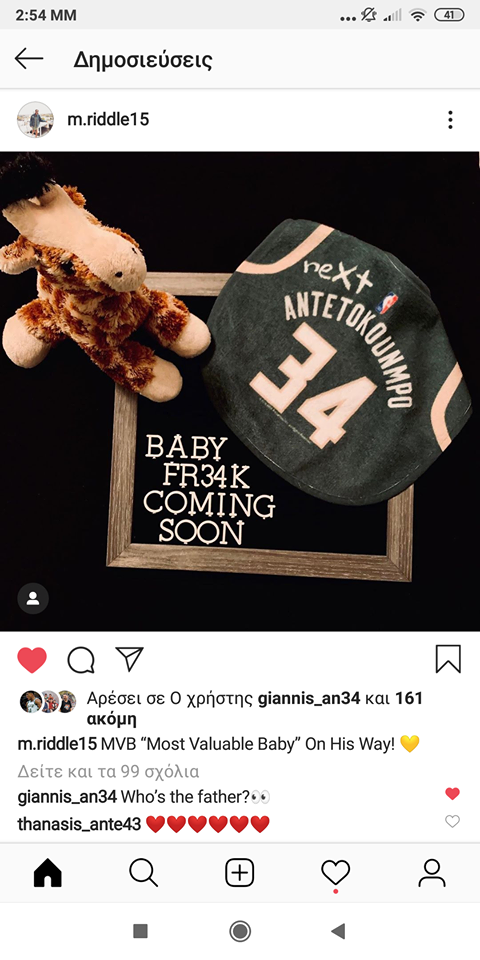 Giannis’ comment? “Who’s the father? while his brother and new Bucks teammate Thanasis sent his love with some heart emojis.

It’s going to be a special season for the Greek Freak and also includes the launch of the first-ever AntetokounBros Academy.