It has become a yearly tradition for Eurohoops to present the Top EuroLeague salaries. The list contains very few new names with Shane Larkin and Nikola Milutinov being the big winners during the 2020 summer of uncertainty.

However, it has to be noted in the coronavirus era once more it proved to be very hard to cross-check the exact numbers, the different taxation around Europe creates one more issue that’s not easy to be resolved between net and gross numbers, plus, as usual, those numbers are not official and clubs neither confirm nor deny them.

Once more it has to be noted that the reported numbers are net US dollars – while many deals are signed in Euros – plus there are some big corrections compared to last season, especially in the case of Walter Tavares’ contract with Real Madrid, which will be analyzed case by case in the following text.

The bottom line for the total financial situation in next season’s EuroLeague is that the top players lost little to none of their income. The middle class gets the biggest pressure and it’s not easy to get one million dollar deals as it used to be, but on the other hand, the low-tier contracts remain pretty much the same.

EuroLeague salaries and budgets remain as a whole at the top of the food chain of European basketball, even if there are cases in which clubs like Panathinaikos, Zalgiris Kaunas, Bayern Munich, and Baskonia can’t spend the money they used to. 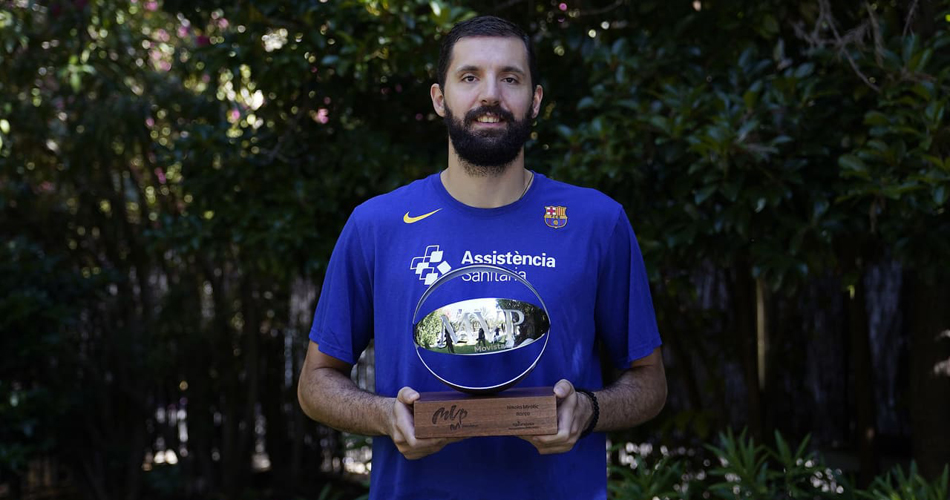 Mirotic remains the highest-paid player of European basketball and there’s a detailed analysis from last summer about his contract. With that being said, it remains unknown how much money Mirotic lost due to the cancelation of the EuroLeague season from his 2019-20 salary.

However, despite our initial report about a total $5,4 M yearly salary, after newer information provided by the club, a $3,8 M net salary is much more accurate, since the taxation in the second year of Mirotic’s contract is 44%. So, even marginally, he remains on top of the list according to the general European consensus. Also, Alex Abrines is removed from the Top10 list, since his net salary is much less than the two million line. 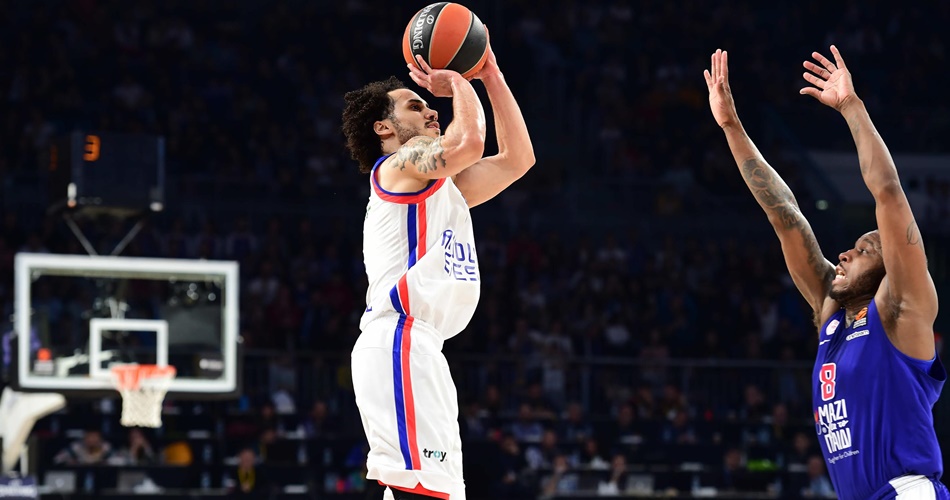 Larkin was having a historic season before the unexpected cancelation and got a hefty reward with a contract which reportedly pays him in total $7,7 M net for the next two season. This number is denied by Anadolu Efes, however, multiple sources insist that it’s correct and Larkin will get $3,7 M net next season, a salary really close to Mirotic. In general, it’s tricky to calculate the exact net numbers for US players, since even if they play in countries with low taxation, they have to pay US taxes in order to use their money on US soil. 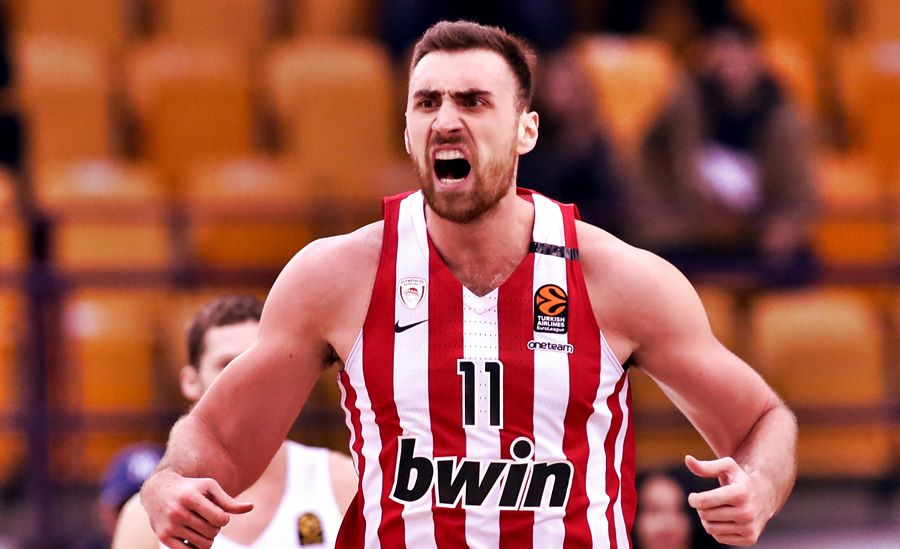 If there’s a player who got a really big raise this summer, then his name is Nikola Milutinov. He got lucky, cause the negotiations started before the COVID pandemic, so that was practically a non-factor to his new salary which is 150% higher than the money he was getting last season from Olympiacos. 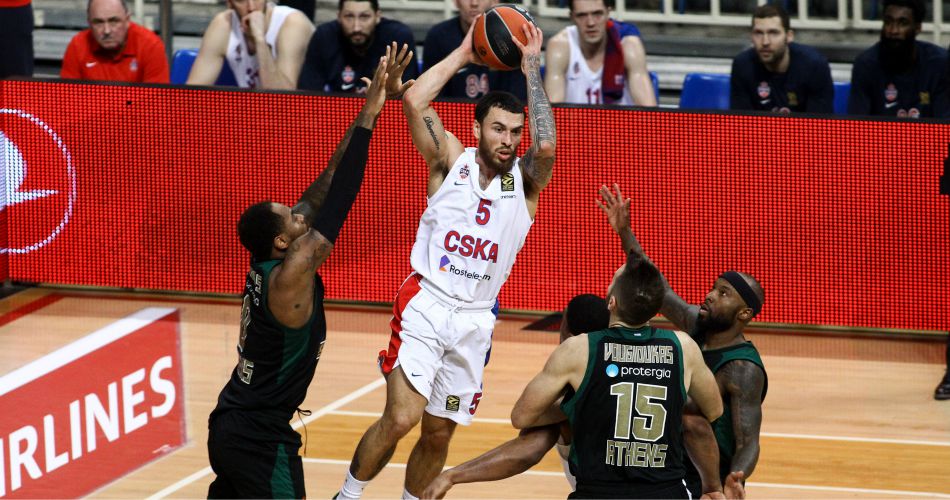 Mike James emerged as the leader of CSKA Moscow and signed a new three-year deal which pushed him to the upper echelon of European salaries. The only reason he is behind Milutinov in this list, even if their salary is pretty much the same, is that Milutinov’s contract is signed in euros, while James’ is signed in US dollars. 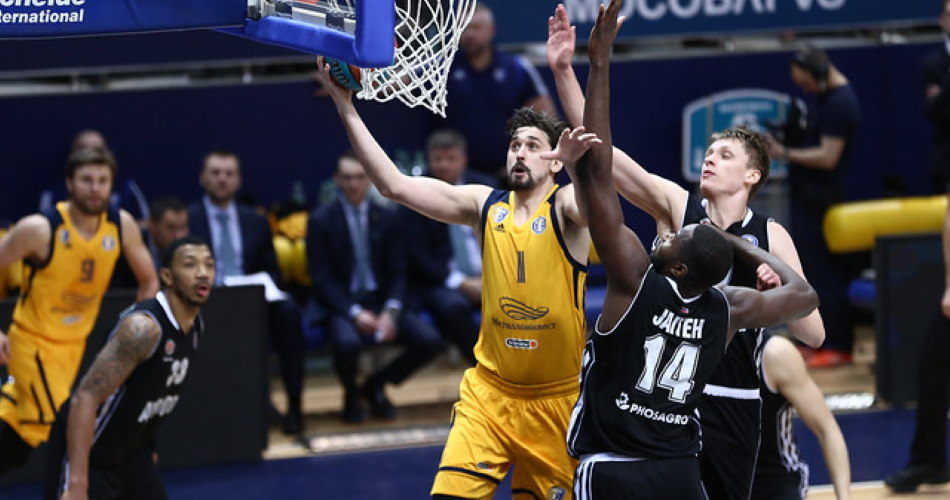 His salary is much more modest compared to the four million of his previous contract, but still, he is one of the most well-paid players in Europe during the COVID era. He signed for three more years with Khimki and it has to be noted that despite the official denials the only other team which had a strong interest for him with Zenit St. Petersburg. 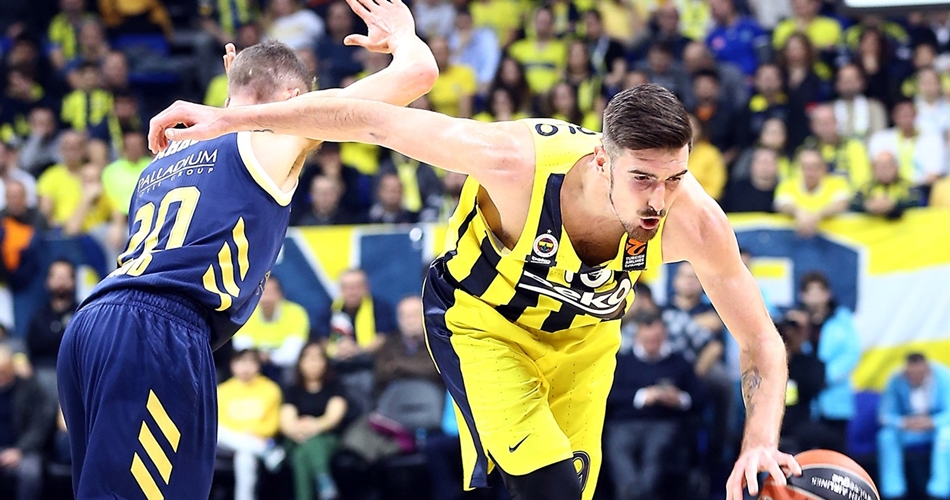 Nando De Colo remains one of the marquee names in EuroLeague and he accepted a small pay cut in order to stay with Fenerbahce. With that being said, he just missed the cut for the top five contracts in Europe, so he is more than well paid despite the re-negotiations. 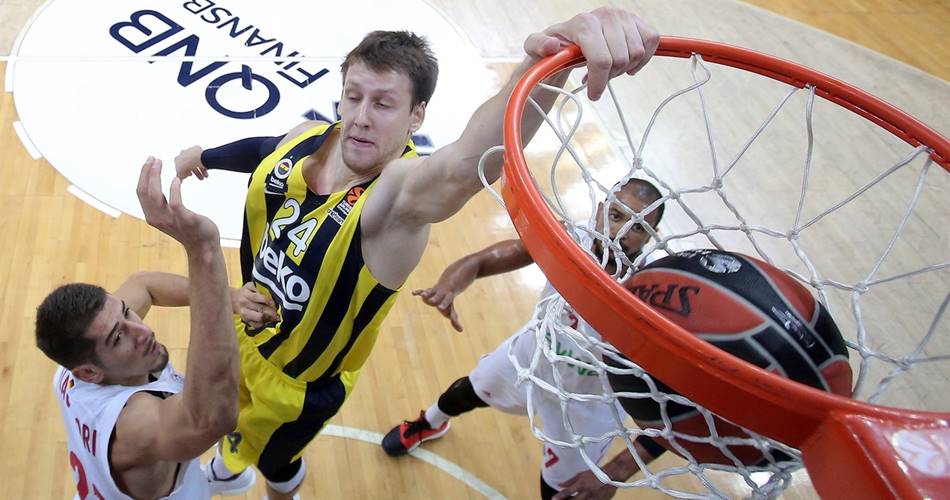 Like Nando De Colo, Vesely accepted a small pay cut and stayed with Fenerbahce. Despite the rumors linking him with Barcelona, that was never the case. There was interest in him from the Spanish club, but his decision to accept the pay cut and remain in Istanbul was made relatively early in the summer when Zeljko Obradovic left the team. 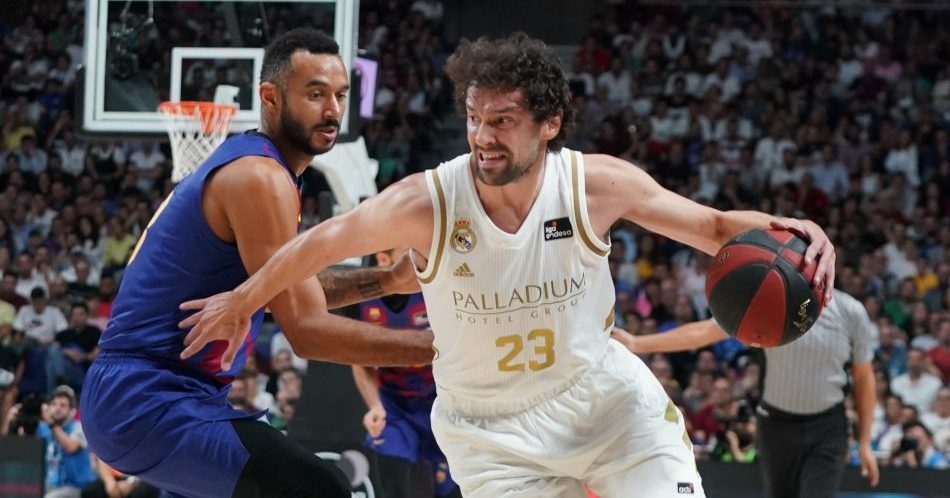 In Llull’s case, there’s a slight correction to his last season salary, which is not connected either to COVID or to any new negotiations. Multiple sources, however, agree that a net salary of around two million us dollars is much closer to his actual contract than the 2,2 million included in the last summer list. 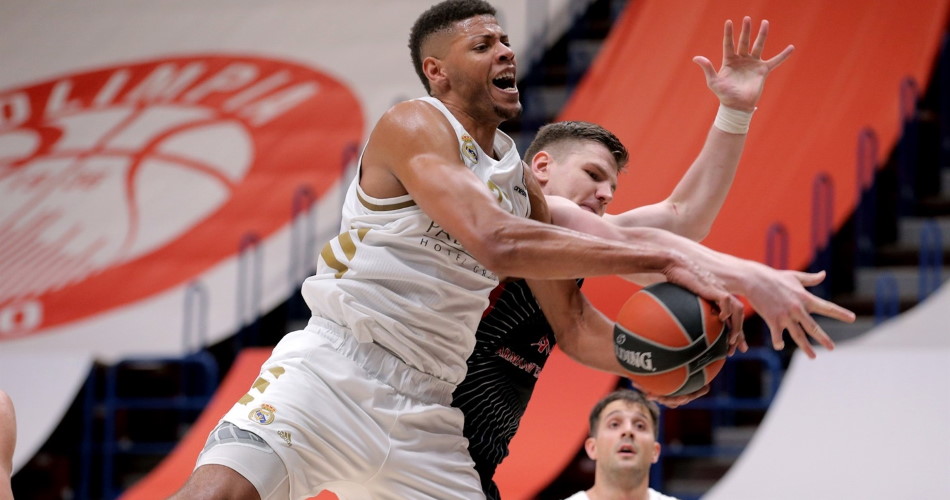 Here the correction is much bigger compared to last summer’s reported net salary of three million US dollars. The problem is the exact taxation of Tavares’ contract and according to multiple sources, the two million net yearly salaries are much more correct. Tavares, of course, remains one of the highest-paid big men in EuroLeague with a contract that very few centers can get. 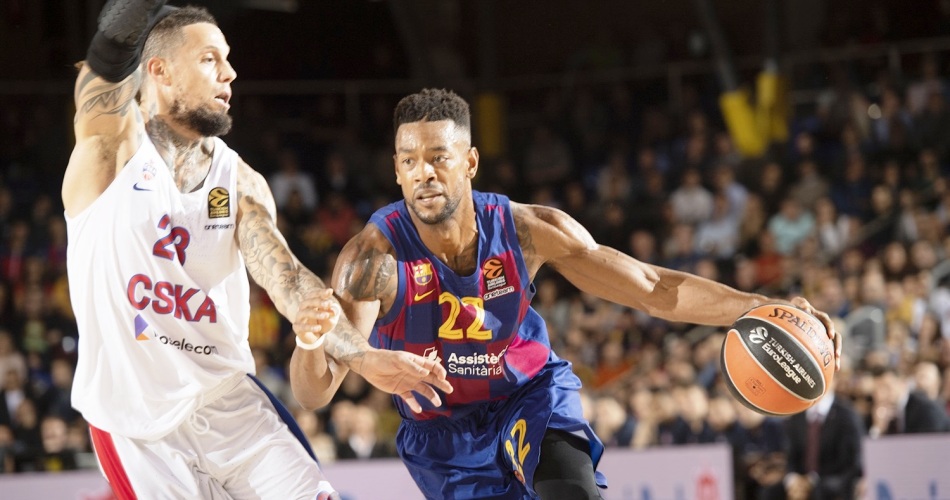 Corry Higgins proved once again this year that he can make the difference in a star-studded roster and he remains also one of the highest-paid players in Europe. His deal remains the same and the question is the exact amount of money he lost due to the cancelation of last season.

Sloukas, Chacho, Calathes and the rest 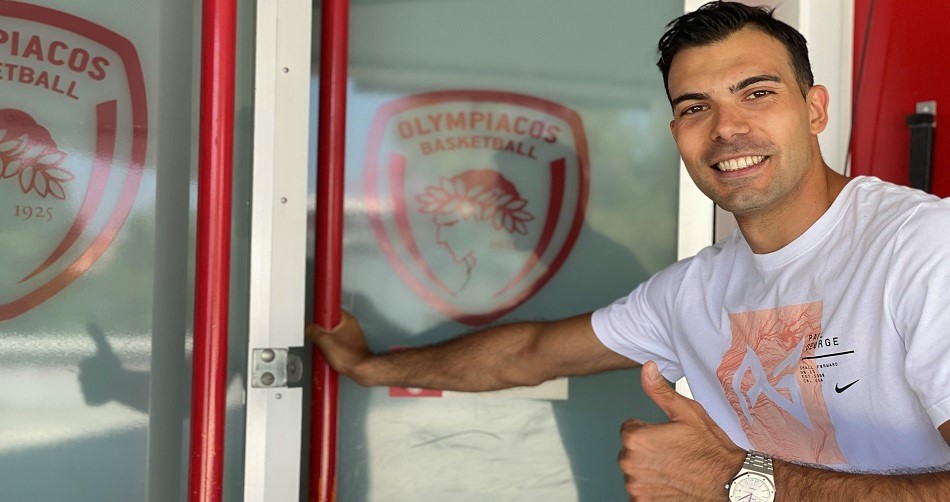 Like it happened last season, a lot of players just miss the $2 M cut. Some of them, like Kostas Sloukas (Olympiacos) and Nick Calathes (Barcelona) signed new multiyear deals with new teams and had to accept a small discount, and in some cases, like Sergio Rodriguez (Milan), Eurohoops sources provided more accurate information about their contracts. Those three guards and Μalcolm Delaney who signed with Milan and also Will Clyburn who remains with CSKA Moscow are getting around $ 1,8 M per season.

Toko Shengelia of CSKA Moscow and Facundo Campazzo of Real Madrid are also near them, followed by Madrid’s Rudy Fernandez with $ 1,7 M net. Plus Vasilje Micic of Anadolu Efes and Scott Wilbekin of Maccabi FOX Tel Aviv should be considered in the same category.