To three or not to three?

The three-point shot is taking on an increasingly important role in modern basketball. To that point, Eurohoops presents the increase in three-point shot attempts over the years, from the first season of the Turkish Airlines EuroLeague (2000-01) to this day.

It was 1984 when the three-point line arrived in Europe and 2010 when it was pushed back from 6.25 meters to 6.75. Now in 2018, the three-point shot is an essential element in every team’s game. How essential? One look at the constant increase of shot attempts over the years in the EuroLeague is enough to demonstrate exactly how essential it has become. 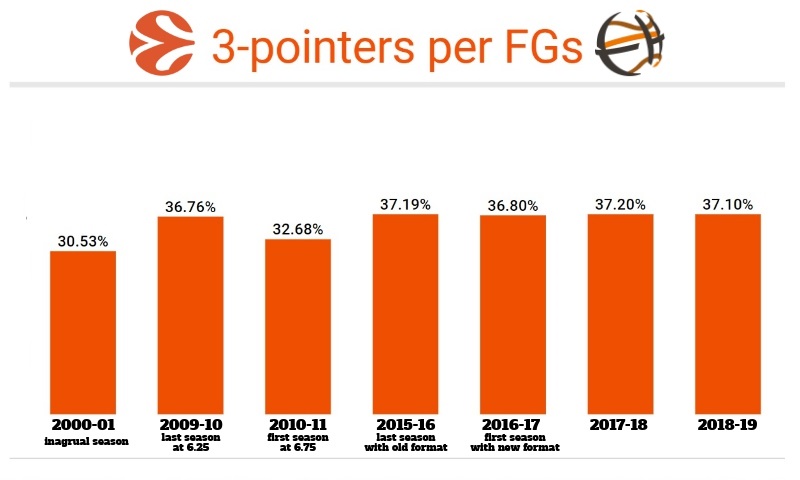 The next season, with the line having moved to 6.75 meters, the fluctuation was inversely proportional – 3.70 more two-pointers and 1.65 fewer three-pointers, respectively – but it didn’t take the players much longer to get used to the distance.

With the pace of the game getting faster and faster in recent years, as modern basketball requires, possessions increased along with the distance of the three-point line, and teams do not hesitate to express this difference with shots from the perimeter. With many teams following the model of undersized centers, some of those three-point shots are attempted by the big men.

The sample from the last four seasons is telling. The number of two-point shot attempts exhibits minimal fluctuations, while the number of three-point attempts is steadily increasing and has now reached more than 23 per game. 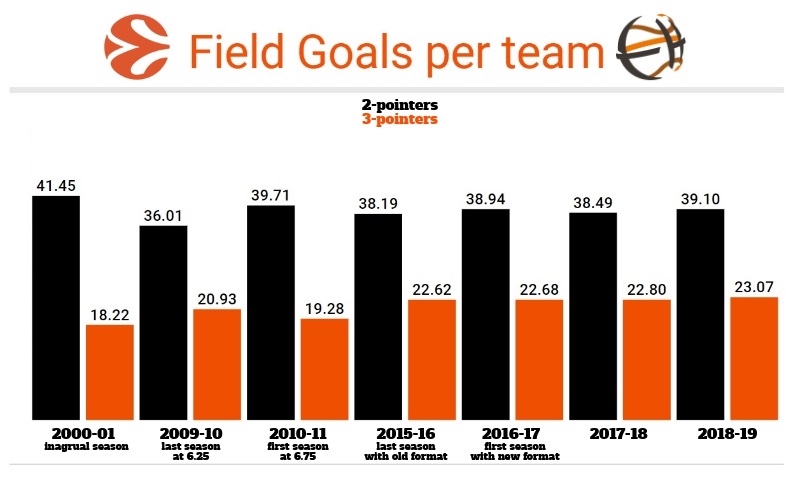 This is how we get to the phenomenon of teams having shot more three-pointers than two-pointers in one game. Khimki Moscow Region had one game in which it shot 20 more threes. This happened in Round 6 at home against FC Barcelona Lassa (8 of 19 on two-point field goals, 17 of 39 on three-point field goals). Last week, Buducnost VOLI Podgorica, while facing KIROLBET Baskonia Vitoria-Gasteiz at home, made a EuroLeague record 21 threes (from 34 attempts) compared to 15 two-point baskets (from 30 tries).

Khimki leads the competition with 246 three-point attempts; Zalgiris Kaunas has the fewest attempts (103). 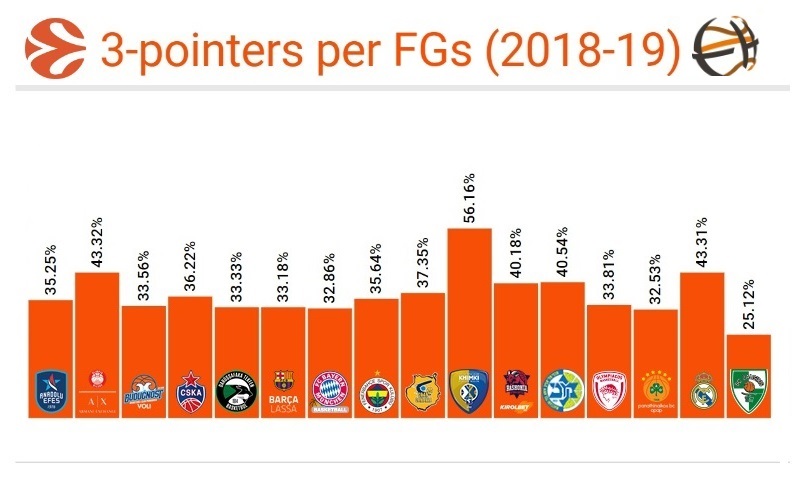