Linos Chrysikopoulos’ injury woes stopped his career from skyrocketing, but he is now healthy and ready to lead PAOK.

Linos Chrysikopoulos had a career night on Wednesday. He scored 24 points including the winning shot 24 seconds before the end of PAOK‘s Basketball Champions League Group B Day 7 match with Iberostar Tenerife. His 24 points were a career-high at club level.

Well PAOK did reside in the same hotel with Sylvester Stallone in Spain. Did Chrysikopoulos draw inspiration from the actor’s Rocky Balboa role and reveal the “Eye of the Tiger” at the Santiago Martin Arena? His career path does have some similarities with the title character of the Rocky film series.

It wasn’t that long ago when the 25-year-old forward was among the favorites for a spot in the NBA Draft. However he was knocked down by many injury problems and needed various surgeries. Unfortunately he remained on the sidelines for some long periods, which didn’t allow him to show his stuff in the earlier stages of his career. As the Italian Stallion did, he overcame all the obstacles.

Chrysikopoulos started his professional career with Aris in 2008. From 2011 until 2013 he was a Biella player, then joined PAOK, moved to KAOD and Nea Kifissia before returning to PAOK in 2016. He is now healthy and ready to cement his role as his club’s leader.

He’s improving many aspects of his game. He’s generally far more effective on the court and has regained confidence on his long shots, while creating more plays for his teammates. He is a top-notch player able to defend multiple positions and clutch when needed, as he proved in Tenerife’s house. 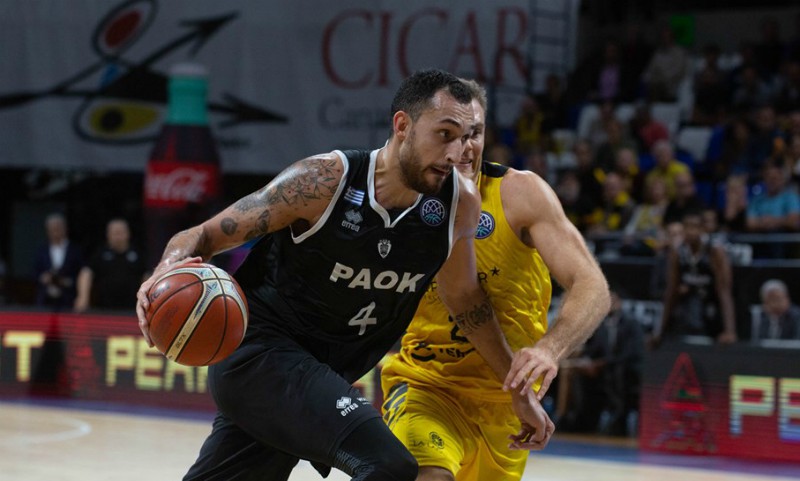 His Santiago Martin Arena performance generated a 25 efficiency rating, the second best of his career in club level. His best remains his 26 ranking in PAOK’s 84-83 win against Apollon Patras in the Greek League Regular Season Day 4 match played on October 29th of 2016.

Excluding his Greek Junior National Team years, he had never before scored over 21 points in one game. His six three-pointers against Tenerife also shattered his previous personal-high (4).

Nobody knows what the future holds for Chrysikopoulos. However his massive effort to overcome his various injury problems and his hard work all these past years did lead him to the terrific BCL performance in Spain. Rocky didn’t win all his fights, but PAOK fans hope to see more winning performances from Ilias Papatheodorou’s player.