MVP Ladder: The top 5 contenders for the award

Only five rounds remain until the end of the regular season in the Turkish Airlines EuroLeague and there are now leading contenders for the award of the league’s most valuable player. Eurohoops presents the penultimate MVP Ladder…

The suspense from the 2018-19 season is culminating and after the completion of the first 25 rounds, there are certain teams and players who have stood out. With the help of five specific criteria, Eurohoops presents the updated race for the MVP award. Take another look at the rankings in the fourth MVP Ladder of the season.

The criteria that were used are the following:

Player’s performance: The individual performance in combination with the demands that existed before the start of the season greatly affects the decision as to who is the MVP. Certain players exceeded initial expectations and others confirmed they belong in the elite of European basketball.

Team’s course: Basketball is a team sport and if someone cannot convert their individual performances into wins for their team, then they automatically lose points in the race for the MVP.

Player’s role: How would each team perform if we automatically removed the MVP candidate from the squad? There are players who are the alpha and omega of their squad, with their key presence providing an advantage on the MVP Ladder.

Consistency: The performance of certain star players varies in big games. Some play consistently at full throttle, without fluctuations. There are also players who specialize in making their teammates better in every game, even if they themselves don’t put up good numbers. As the season progresses, however, their value peaks.

Leadership: The biggest names in the EuroLeague have to step up when their team needs them. Their contribution in those moments – both in defense as well as in offense – can be as important as their overall numbers. This element, along with other leadership characteristics, adds points and is seriously taken into account when drafting the MVP Ladder. 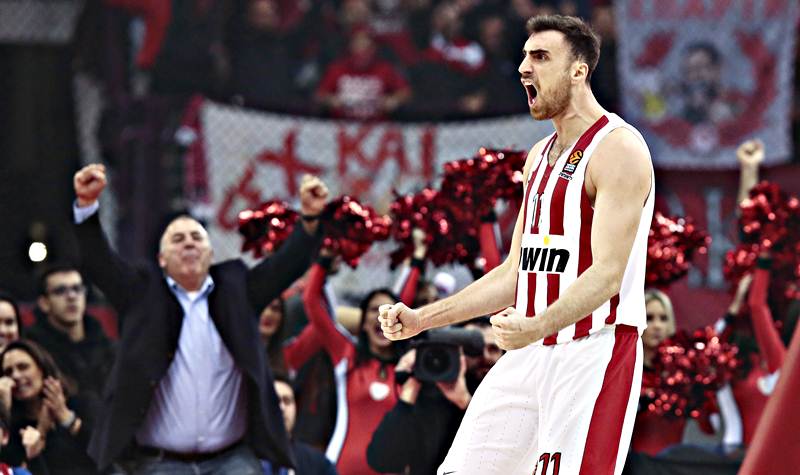 Nikola Milutinov has been Olympiacos Piraeus’s best player throughout this season and he’s one of the most important reasons the Reds are in the playoff zone. It’s no coincidence that the Serbian center has the third-best PIR in the competition with 19.3 points on average in the rating system, as a result of the 11.0 points, 7.9 rebounds and 1.4 assists he contributes in every game.

Milutinov belongs among the elite of European centers as he makes excellent use of his big body and helps in the function of the entire team’s offense. He has an aptitude for offensive rebounding (3.4), he finishes plays at 65.5% and he covers the ‘5’ position for the Reds almost exclusively. If Coach David Blatt’s squad goes the extra mile and qualifies for the Final Four, then Milutinov has every reason to believe that he deserves the MVP award.