Strasbourg, Collet looking for the next step

The established Jeep Elite Pro A force SIG Strasbourg launched its quest for a better Basketball Champions League run. The team coached by Vincent Collet for almost the entirety of the past eight seasons is one of the nine clubs and the single one from France to participate in every BCL regular season since the 2016-17 inaugural campaign, but has no Final Four berth to display. The 2019-20 season can change that fact.

The former EuroLeague and 7DAYS EuroCup participant tipped off its fourth Champions League campaign on Tuesday with a home win against Filou Oostende. “It was good to start with a good win at home” pointed out the 56-year-old head coach. The opening week Group A victory combined with a strong team outing signaled many more to come this year. Collet’s side looked very good for such an early stage of the season.

The 2005 French League champions, among the top sport attractions of the capital and largest city of France’s Grand Est region, is a BCL regular. First week opponent Oostende, AEK, Besiktas Sompo Sigorta, ERA Nymburk, Iberostar Tenerife, Neptunas, PAOK and Teksut Bandirma formally Banvit are the only other teams always in the regular season. The nine-team list includes the likes of a couple of former champions, but Collet’s squad has never made it past the playoffs stage. 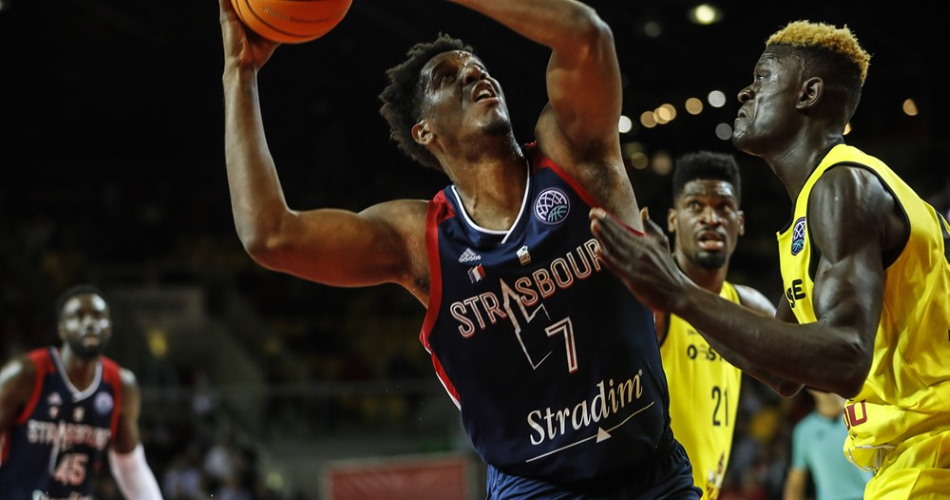 Last season Strasbourg failed to advance through the regular season missing out in a three-way Group D tie. No other eliminated club achieved eight 2018-19 regular season victories. It was a tough break after the quarterfinals run in 2017-18 and the playoffs participation in 2016-17, but pushed for summer moves that strengthened the team.

Damien Inglis returned after his one-year stint with Limoges CSP, Jerai Grant, Travis Trice and Gabe York were also added. These four players put up 56 out of the 77 points in the opening week game versus Oostende. Other arrivals include Boris Dallo, Thomas Scrubb and currently sidelined Xavier Cooks who picked up a left knee injury in Australia’s preparations for the 2019 World Cup. 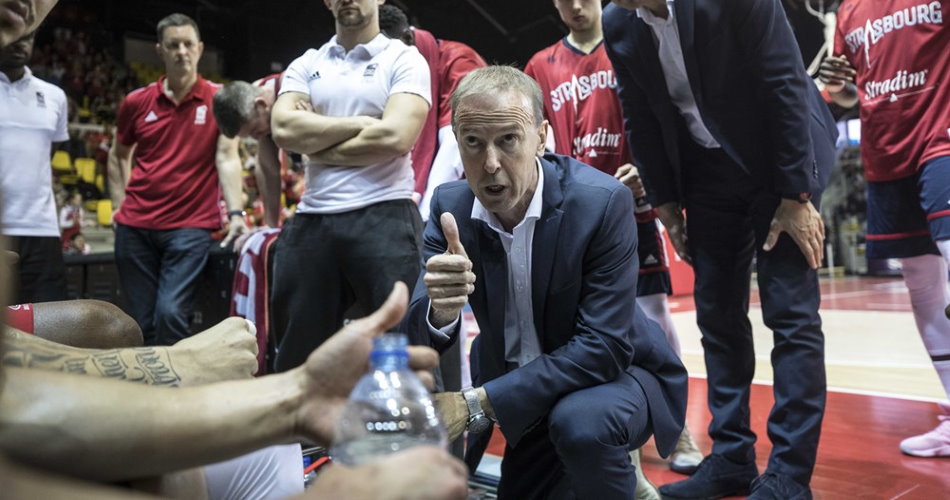 Tuesday’s win came after a 1-3 start to the new Jeep Elite Pro A season, three days after the home defeat to Metropolitans 92. “We were better tonight” noted Collet, “We had better intensity, still I would like more, but it was a good step. We had some moments that we played better in offense, but turned the ball over too much. We could have finished the game earlier, but we take the win and focus on the next one on the road next Tuesday”.

Room for improvement is there. Well-experienced Ali Traore and the rest of the players available bring high Basketball Champions League hopes. “It was a better performance, still not perfect. We are far from perfect” added Collet, “If we are focused like the second half, we can be much better. We took better care of the ball, but did not improve in offensive rebounds. Offensive rebounds give us second chances.”

Offensive boards was a topic BCL-seasoned York also touched in the post-game press conference. “Our biggest task is for everyone including the point guard going for offensive rebounds. We have to stick together in the paint and take down those defensive rebounds for more opportunities to run. We have to get rebounds, both defensive and offensive” said the 26-year-old American guard, “That is how we will be in the top three or top four in both leagues”.

Since 2013, Strasbourg is always part of the Jeep Elite Pro A playoffs. The team made it to the finals for five straight years between 2013 and 2017, but fell short from its second French League title in every occasion. However, an improved run can be in the near future, the same goes for the Basketball Champions League.

“We have to keep working, but it is very important to also win games” mentioned Collet summing up his side’s showing in the first week of Champions League action, “We must continue this way making an effort in defense and putting pressure on the ball.”